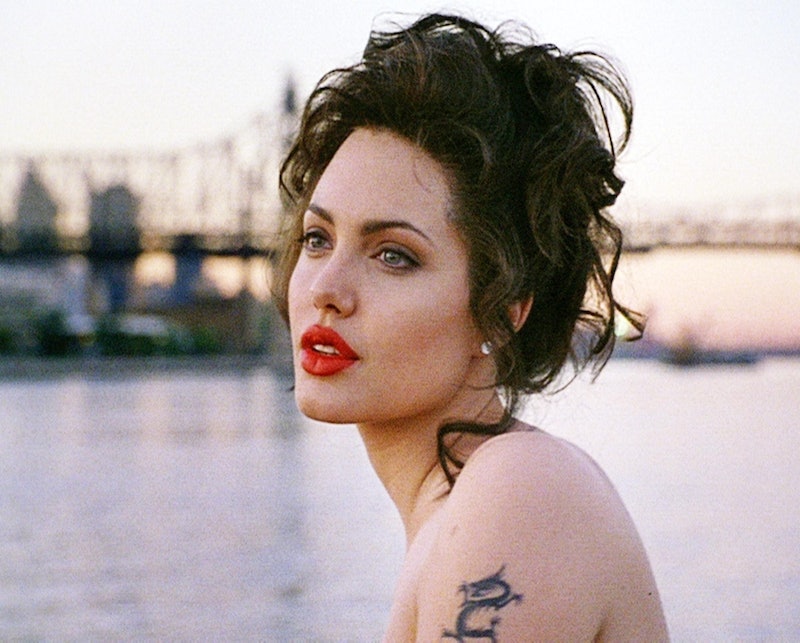 Considering most of us are pretty disconnected from the worlds of television, film, and music, celebrities don't often feel like real people. We have no qualms with dissecting their every move or #OOTDs with our friends over coffee. We're often surprised when celebrities talk about their insecurities and body image issues. Sometimes we even forget that they are actual functioning human beings with thoughts and feelings. Ultimately, the way that we talk about the rich and famous is arguably way more critical than the way we talk about our friends (or even our fake friends).

To be honest, if I ever became a celebrity, I think I'd have twice as many insecurities as I do now. Just look at the comments on a Kardashian selfie or glance at the scrutiny that graces the front page of a gossip magazine (let alone the complete articles inside). Seeing comments like these wouldn't only exacerbate my own insecurities, but would breed entirely new ones that I never would've considered otherwise. I'm impressed that the era of early 2000s celebrity breakdowns didn't continue, especially now with the added horrors of social media.

This is why it is so impressive to me when celebrities are open about their insecurities and self esteem issues. Their comments can and probably will be used against them by Internet trolls and click-bait writers alike, but by being honest, these celebs prove that the people you think of as flawless probably don't see themselves that way. Here are seven moments of genuineness that stick out to me.

With K. Stew being the queen of laid back, you'd think she wouldn't succumb to the pressure of celebrity scrutiny. Not only does she have insecurities, though, but she's also spoken out about them, as reported by The Daily Mail. “I’m uncomfortable about the size of my ears and I’m sort of lanky," she said. Guess it's true: We all have weird and entirely random body hangups.

In an interview with Harper's Bazaar in Feb. 2015, Rihanna said her perfect day would be "the day I wake up without cellulite." In an ideal world, everyone would learn to love their cellulite in all its squashy, natural glory, of course. But it's weirdly reassuring to know that someone like Rihanna could have the same body image qualms as you or me.

Although Kate Winslet hasn't gone into specifics about her own body image, she admitted that she didn't have a body positive upbringing herself during the July 27 episode of NBC's Running Wild With Bear Grylls. Instead of letting that destroy her confidence, however, she's been inspired to be a better, self-loving role model for her daughter.

I know, right? What could Kate Moss possibly hate about herself? The supermodel told The Sunday Times that she suffers from bow legs and can't wear calf-length clothing. This might sound like a minor complaint to some, but everyone's body image qualms are valid.

Robert Pattinson opened up to Australia's Sunday Style about his experiences with body dysmorphia and the anxiety that results from it. "I’ve been like that my whole life. I never want to take my shirt off," he said. Props to him for combatting those fears for the nude scenes in Little Ashes.

In an exclusive Q&A with Urbanette.com, Angelina Jolie said that she thinks she looks like "a funny muppet," which is up there on the list of the most ridiculous things I've ever heard. Nonetheless, it's further evidence that we're all just human.

Kim Kardashian is proud that Kylie Jenner admitted to having lip fillers, and so am I. Although surgery is a controversial solution to an insecurity, by admitting to the procedure, Kylie proved that the Kardashian and Jenner clans are just as susceptible to insecurities as the rest of us.

My final conclusions? We're all living in a crazy world that doesn't do a great job at cultivating body positivity. Maybe if we start having these conversations, however, that'll change.