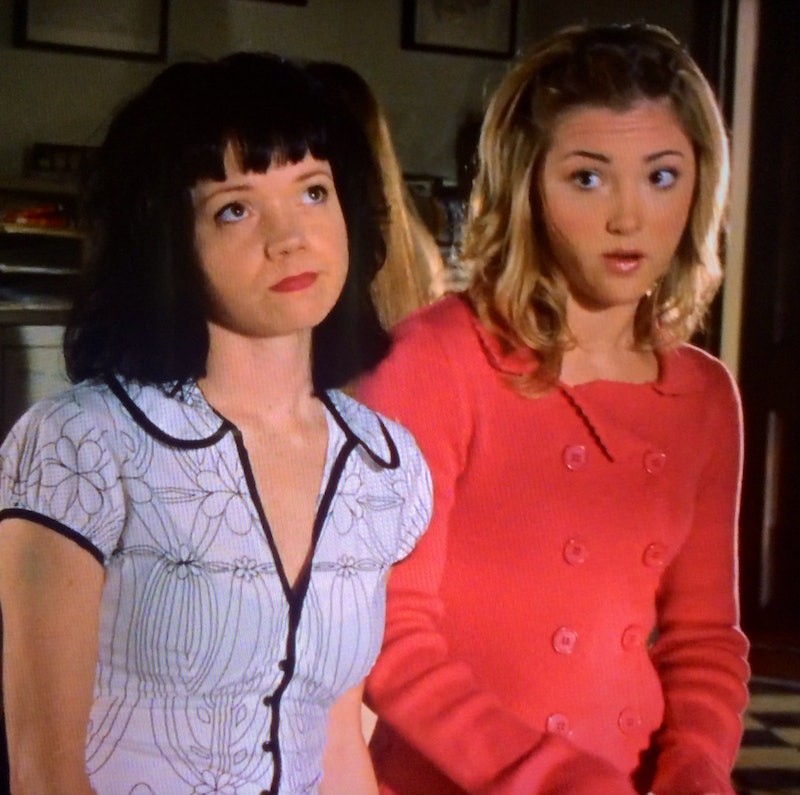 Gilmore Girls was definitely known to house a plethora of amazing characters and one of a kind personalities. Stars Hollow was a quirky wonderland that made us all want to attend some kind of perpetual autumn festival and break some church bells with Luke and Lorelei. Rarely did I want to venture out of the Hollow, but two ladies always made it worth the trip. Deep in the hallways of Rory's intimidating high school, Chilton, there lay two of history's greatest characters; Madeline and Louise.

We first met these two (often face palm worthy) vixens in Episode 2 and they only got more and more amazing as the show aged. As two very underrated characters, they always brought the right amount of sass and comic relief to the handful of scenes that they graced. Their brilliant, off-colored wit should not be lost to the archives of television history. It should live on to enrich the lives of all of us and to remind the world exactly why we need feminism. Fear not. This handy list of Madeline and Louise-isms was created to get you through some of life's toughest moments. If not for their sage wisdom, at least for a good laugh.

1. When You Have To Drop A Serious Wisdom Bomb

"Those who simply wait for information to come find them spend a lot of time sitting by the phone. Those who go out and find it themselves, have something to say when it rings." -Louise

Sometimes you have to poetically lay down the damn law. Louise knows what's important in life: Information. Knowledge is power, people!

2. When You Are Feeling The Singledom Blues

"I want a boyfriend to make out with." -Madeline

Because that's what makes life worth living. Am I right, ladies? *eye roll*

3. When A Deliciously Devious Plan Hatches

I mean, don't take that phrase literally and overthrow the government or something. Devious plotting comes in all shapes and sizes.

4. When You Need An Airtight Excuse

"I couldn't find my lip gloss this morning, and I'd just bought it." -Louise

I mean, this is pretty full proof. Late for work? Forgot a birthday? Didn't pick someone up from the airport? Boom. Louise-ism to the rescue. The world will halt for you and your glossless lips.

5. When You Know You Got It Going On

Feeling like the morning routine fairy did you right today? Put some self assured pep in your step, girl!

6. When Nature Does You Dirty

Nature can be a real jerk sometimes. Example: Humidity.

7. When Your Mind Is Habitually In The Gutter

"This was bad. For the last five minutes, every single thing she said sounded dirty. I mean, reticulum? Come on." -Madeline

"Plus, the golgi body? Is it just me or is that majorly pornographic?" -Louise

Sometimes you can't help where your mind wanders. Let it flow. Madeline and Louise approve.

8. When You Want To One-Up Someone

"My brother has the measles." -Madeline

You always win with that one. Always. Store it away for the times when you need a check in the win column.

9. When You Zone Out In A Meeting

"I thought it was like, prayer time or something" -Louise

10. When Your Spurned Friend Needs Consoling

Let your pal know that boys are actually one of literature's greatest mystery box sets. She will feel a million times better about her inability to understand their ways. Friendship points.

11. When You Need To Leave A Conversation

Don't mince words. Just lay it out and bail. No need to stand around listening to someone's harrowing tale of changing laundry detergent brands.

"Hey, maybe I'll run a magazine someday. I'd get all my nail polish for free." -Madeline

13. When Someone Tries To Human Before Coffee

"Ding Ding Ding. No debating until I've had coffee." -Louise

Shut that mess down immediately. No human interaction before caffeine. Ever.

14. When Your BFF Is Panicking

"Just close your eyes and think of England, honey." -Louise

Works every time. It's working for you right now, isn't it?

15. When You Want To Be An Amazing Friend

"You can borrow my water bra." -Madeline

Seriously? That's love. Everyone needs a friend like Madeline.