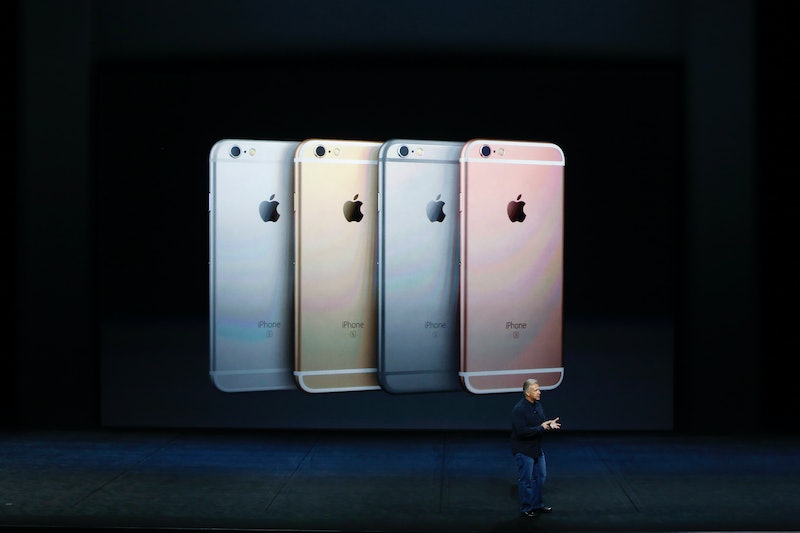 On Wednesday, Apple officially unveiled its newest installment of iPhone in the form of the 6S and 6S Plus. As is to be expected with any new Apple gadget, the iPhones come loaded with some cool, new features. But unless you have the Holy Grail of wireless contracts, upgrading is going to cost you. There are plenty of reasons why you should upgrade to the iPhone 6S, but the ways in which you use your phone probably matter most.

With the 6S, Apple has also introduced its iPhone Upgrade Program, which allows members to upgrade to a new phone every year for a monthly fee. It's like you're spreading the cost of the phone out over a monthly payment schedule, with rates starting at just over $32 per month. The program works with any wireless carrier, but if it doesn't work with your budget, then the new iPhone might be out of reach for now.

Maybe you'll choose to upgrade for the new color option (and full disclosure: I wouldn't blame you). However, the ethereal rose gold color alone might not persuade you to ditch your perfectly good current model, especially if you have an iPhone 6 that could be less than a year old.

To decide whether or not the iPhone 6S is worth the investment (and the long lines that will inevitably accompany the wave of early adopters), think about how you use your phone most often. For most of us millennials, our iPhones are much more than a way to call Mom and Dad and let them know we're alive. That being said, the new features in this S model are targeted largely to specific users, including avid selfie-takers and gaming enthusiasts.

If high-quality selfie capability is something you crave, though, the iPhone 6S's camera upgrades could make a switch worthwhile. The 6S also introduces Live Photos, which "captures the moments just before and after your picture and sets it in motion with just the press of a finger," according to Apple. Live Photos, however, will be available to other iPhone users via an iOS9 update later this month.

Another photo-friendly upgrade, iPhone 6S features 3D Touch, which recognizes commands based on three different types of taps. With respect to the camera specifically, 3D Touch has created a "take selfie" command: A deep press on the camera app automatically opens the camera in front-facing mode.

The iPhone 6S also comes with what could be an important upgrade for gamers. The phone runs on an A9 processing chip — the 6 and 6 Plus run on an A8 chip. The new processor rivals that of desktop computers, increasing CPU performance by up to 70 percent and GPU performance by up to 90 percent, according to Apple. Again, if this is gibberish to you, an upgrade might not be necessary. The new chip will enhance the gaming experience for users who run graphics-heavy programs on a regular basis. (And, no, "Flappy Bird" probably doesn't count as graphics-heavy gaming.)

For avid photographers and gamers, the iPhone 6S may seem like an upgrade that couldn't have come too soon. But if you're perfectly content bouncing witty remarks back and forth with Siri all day, then you might be better off waiting for the, dare I say it, iPhone 7.

More like this
15 Years Of The iPhone, In Pictures
By Emma Carey
Using Your Pet’s Name As A Password? Here’s Why You Might Want To Change It
By Cristina Sanza
What Is A “Softboy?” The TikTok Term & Aesthetic, Explained
By Courtney Young
Why Are TikTokers Slapping Each Other With Tortillas?
By Courtney Young
Get Even More From Bustle — Sign Up For The Newsletter