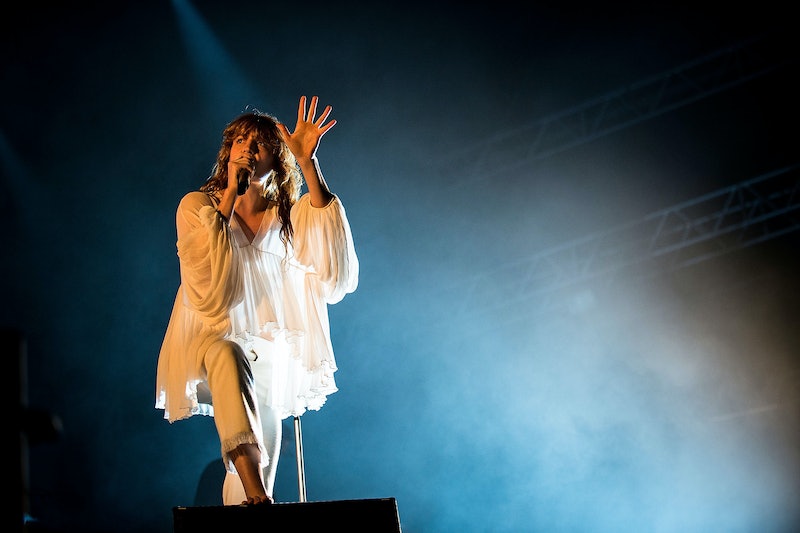 It's that time again! While summer doesn't even officially end for another 12 days, but already we're looking forward to fall pretty hardcore and downing Pumpkin Spice Lattes like it's our job. They've always been a little too sickly sweet for me (I'm a unsweetened iced Black Eye — that's two shots of espresso in my iced coffee — with a tablespoon of heavy cream kinda girl, myself), but I appreciate the sentiment and what they represent: warmth and cozy deliciousness. Thankfully, you can partake in those very same feelings without dropping five bucks on a grande cup that you'll probably let go cold before you have the chance (or the taste buds) to drink it by listening to the musical equivalent of a Pumpkin Spice Latte.

I'm someone that feels music is a very seasonal experience, in general. You have your summer jam bangers, which are always uptempo and make you want to dance, then you have your autumn tracks that are more complex, quiet and melodic — though not quite as much as winter music, which artists like Bjork and Bon Iver are perfect for. Spring music picks up the BPMs again, though not quite as much as summer. You get the drift, but I digress. If you want to feel all warm and delicious inside like you're drinking a PSL, you're in luck if you listen to these nine songs.

Basically any song on James Bay's Chaos and the Calm is perfect for that warm and fuzzy feeling, but "Let It Go" holds a special place in my heart (and on my playlist) because it's just so beautiful and melodic.

Carly Rae Jepsen, "Run Away With Me"

I know that technically this song came out during the summer, but this retro track is definitely giving me a cooler weather vibe. It makes me want to put on a sweater and cuddle with someone adorable.

I'll be honest and say that Birdy took ages to grow on me, but all it took was "Let It All Go" to make me a fan, and now I'm totally there. This track is meandering in the best possible way and it's just right for this time of years.

You're probably most familiar with Hozier's major hit "Take Me To Church", and that's great, but "From Eden" is way better and has all that grit and gravel that just hits you right in the core. I feel warmer already!

You can't go wrong with an FKA Twigs track, and "In Time" has that extra special "je ne sais quoi" that's just perfect for the changing seasons. Her music is so other-worldy and makes me feel like I'm drifting at sea, but in a wonderful way.

Everything Everything, "Spring / Sun/ Winter / Dread"

I don't really know how to explain why this track is so perfect for that warm and fuzzy feeling, but if you listen to it, you'll know exactly what I mean when I say it so totally is.

Jess Glynne, "Gave Me Something"

Jess Glynne might be known for more dance-friendly tracks, but her voice is so soulful and lends itself perfectly to slightly slowed down (but still extra groovy) vocals. It's just divine, and happens to be one of my favorite tracks on the whole album. Plus, it's all about love, and what's better than that?

Florence + The Machine, "Long and Lost"

Florence is the queen, and basically all of her albums are quintessentially autumn records (at least in my head). If I had to pick one track from her most recent release, however, it has to be "Long and Lost". Those vocals are so pure and beautiful that it's haunting.

Rae Morris, "Do You Even Know"

This is the perfect track to end the playlist with, because it's really well-produced and super dreamy. It's like having a Pumpkin Spice Latte in your ears... except not as gross as that would actually be.