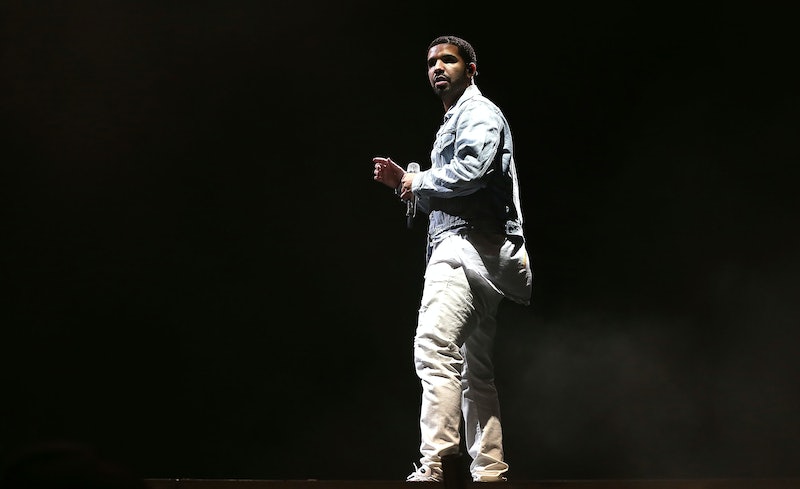 Hey, here's a question for you to puzzle over this Friday morning: how do Drake and Ryan Phillippe know each other? Normally, it wouldn't even have occurred to me that these two might be acquaintances, let alone friends, but Phillippe was the one who announced this rumored collaborative mixtape with Drake and Future. Also known as the most random thing to ever random. Not only did Phillippe have (as yet unconfirmed!) details about when the mixtape would drop, but he also had the cover art, which, for me, sealed the deal that their friendship is a real thing, even though I was neither consulted about nor informed of it. Rude.

In fact, these two seem to have so little in common that I'm forced to consider there might be some famous person lounge somewhere where all my celebrity crushes throughout the years come together to sip little umbrella drinks and talk about how I'll never get with any of them, but it's nice that I'm finally starting to grow into my haircuts. Otherwise, for real, how would the paths of these two ever cross? I had a brief hunch that maybe Phillippe was Canadian, and he and Drake could have come across each other up Toronto way where there are NO RULES and few paparazzi. But nope, our little snub-nosed prince was born in New Castle, Delaware, so we can rule that out.

The real answer is our boys met all the way back in 2010, when Phillippe attended Drake's concert at Club Nokia in Los Angeles, a detail Phillippe spilled at the same time that he revealed he's a big fan of hip-hop — going so far as to say that he'd like to produce an artist at some point. There are also pictures of Phillippe and Drake from Drake's Take Care album release party, though those are the only pictures that can really be found of the two in the same place at the same time. Presumably, the two have been working on their relationship for the past five years or so, perhaps while Phillippe continues to attend Drake's concerts and album release parties.

In fact, if I had to guess, I'd say we'll see Phillippe's name on this album with a producing credit. But who knows? Between the album rumors surfacing out of nowhere, and Phillippe being the one who first showed us the album cover, I'm so surprised and turned around that really anything is possible.