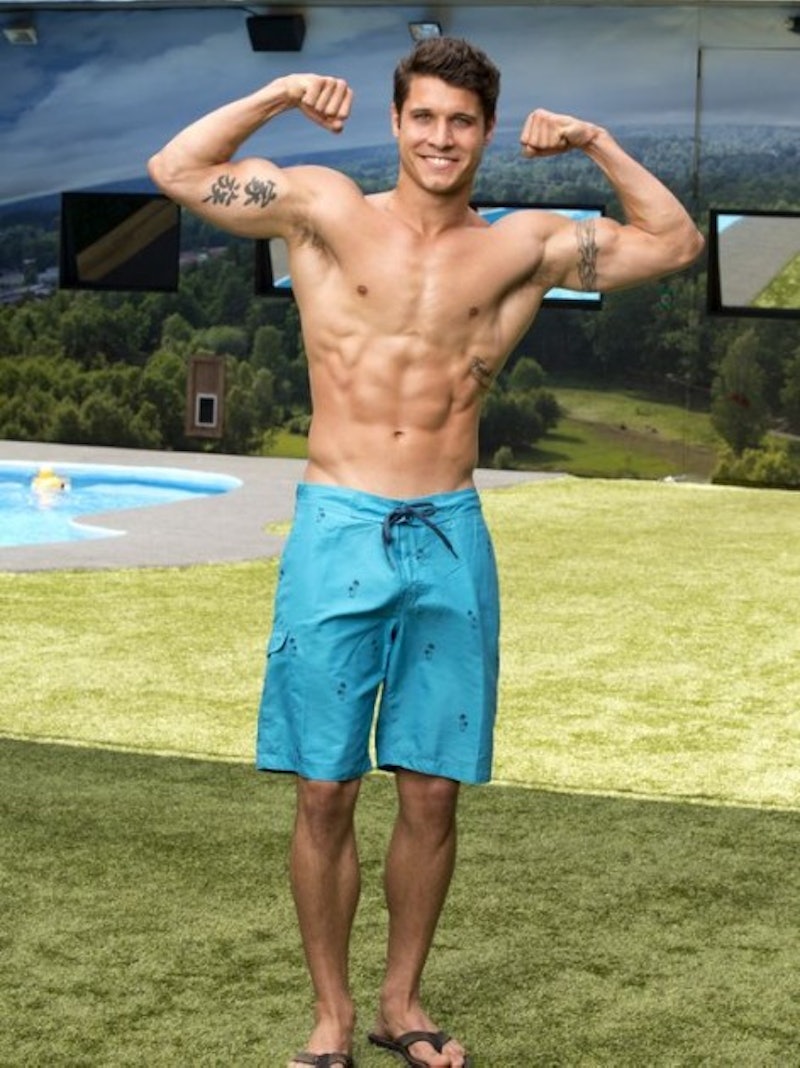 This season of Big Brother is similar to BB16 in quite a few ways. They both featured a controversial relationship (Liztin/Christine and Cody), an incredibly lovable superfan (Donny/Johnny Mac), a fame-hungry performer (Frankie/Austin), and a master manipulator running the house. Vanessa and Derrick's Big Brother gameplay has some uncanny similarities. Derrick played a much calmer game than Vanessa ever did, but they both have been able to avoid being targeted while they ran the house. A lot of Derrick's success came from his right-hand man, Cody. When he wasn't getting flirty with other houseguests, Cody was helping Derrick get to the end as part of the "Hitmen" Alliance. Vanessa also has a right-hand man, but is Steve as devoted to Vanessa as Cody was to Derrick?

Cody's most remembered move was when he had the opportunity to decide whether he was going to take Victoria or Derrick to the final two in BB16. While he almost certainly would've won if he had taken Victoria, Cody decided to take Derrick in a move that cost him the win, and $450,000. Steve's devotion to Vanessa is strong, but is it strong enough to be comparable to Cody?

While Steve has dedicated his service to Vanessa, he's only her "Cody" in a very shallow sense of the term. Derrick and Cody's partnership was as equals, or something close to equals. Derrick was playing Cody but not nearly as hard as he was playing everyone else. Vanessa is playing the entire house, Steve included, and would be willing to drop Steve in a heartbeat if the situation demanded. It's also notable that Vanessa and Steve's relationship is primarily a game-based one, where Derrick and Cody had a true friendship. Steve could be a good "Cody" to Vanessa, but Vanessa isn't allowing him to be.

On the other hand, it's clear that Vanessa is not Steve's primary alliance partner. Steve's friendship with John has only grown stronger since John's eviction and immediate return to the house. If Steve were in the final three and got to decide if he wanted to take Steve or John, he would almost certainly pick John. Cody had Derrick's undying devotion, but Steve is a smart, individual player who is primarily looking out for his own game.

Steve may think he's Vanessa's "Cody" this season, but that goes to show how much everyone in the house is underestimating Vanessa's gameplay. Steve may feel trust between him and Vanessa, but he's nowhere near being her "Cody," and that may not be a bad thing.

More like this
Yes, You Can Really Charter Below Deck Med’s New Superyacht, Home
By Brad Witter
What’s New On Netflix: Lana Condor’s Ghostly Comedy & A Sexy Reality Series
By Arya Roshanian
Travis Barker & Kourney Kardashian’s Updates About His Health Are Promising
By Stephanie Topacio Long
Chrishell Stause & G Flip Have “No Rules Or Regulations” In Their Relationship
By Brad Witter
Get Even More From Bustle — Sign Up For The Newsletter