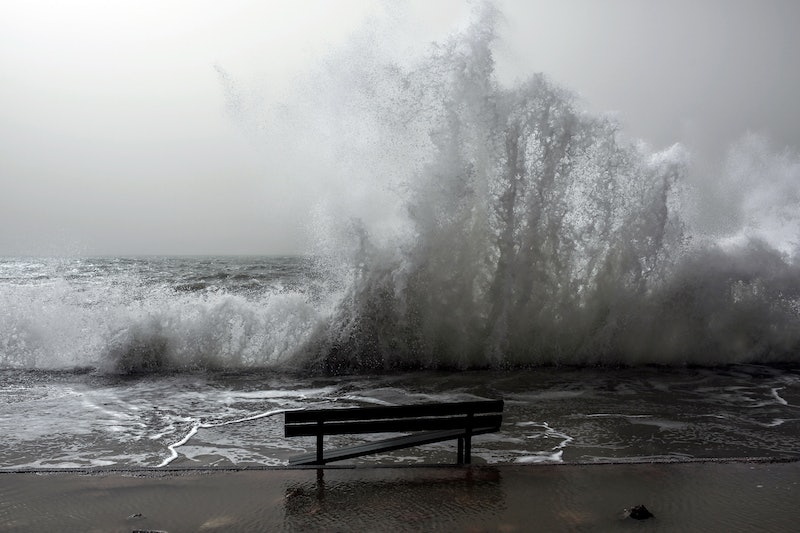 If you looked at Google Maps on Friday, you might have noticed that something was a little different. For a while that day, Google Maps seemed to show effects of climate change in Southern California, depicting the coastline in such a way that it appeared sea levels had risen several feet. The company later explained that this wasn't intentional, just a glitch that showed water where it shouldn't be, and they quickly changed the map back to normal. Still, the effect was striking — especially if you're one of the people whose house would theoretically be underwater. Should Google bring back the shifting coastlines, but on purpose this time?

Climate change is expected to have many effects on the world, many of them drastic and unfortunate, from heat waves to hurricanes. Among those many problems is the fact that increased temperature at the poles will result in more melted sea ice and a rise in global sea levels — which means things that are currently on land will, in the foreseeable future, be underwater. Most of climate change's effects are hard to visualize and hard to calculate. For instance, scientists believe that climate change will make hurricanes stronger, on average, but it is still impossible to point to an individual strong hurricane and say for certain that it happened because of climate change. That makes it hard for individuals to really feel the potentially devastating impact of climate change. But one thing that is both easy to see and easy to attribute: rising sea levels.

After all, there isn't much that's more dramatic than realizing that your house might soon be underwater.

So, if Google Maps did have an option to see what the shoreline might look like if sea levels rose, say, 10 feet, would that be a good thing? It would certainly make an impression. After all, there are maps that can show you what the country would look like if and when sea levels rise, but looking it up on a website and seeing it on the same platform that provides you with directions and helps you navigate public transport might make it feel that much more real. If Google provided a button you could press, if in addition to "Street View" there was also some sort of "Future View," would that take climate change out of the realm of theory and politics, and make it part of people's everyday lives? Or would seeing it on Google Maps simply reduce the idea down some quirky Internet button?

One thing is for sure, though. We as a country and as a planet need to start paying a lot more attention to climate change, as well as start taking major steps to prevent it. Or else Google Maps really will have to change their shorelines, and not because of a bug or a fancy new feature.

More like this
13 Summer Solstice Quotes To Celebrate The Longest Day Of The Year
By Sadie Trombetta
The Summer Solstice Spiritual Meaning, Explained
By Jessica Booth and Brittany Beringer
How To Fight For Reproductive Rights, Based On How Much Time You Have
By Courtney Young
How to Delete (or Pause) Your Hinge Account
By Emma Carey
Get Even More From Bustle — Sign Up For The Newsletter