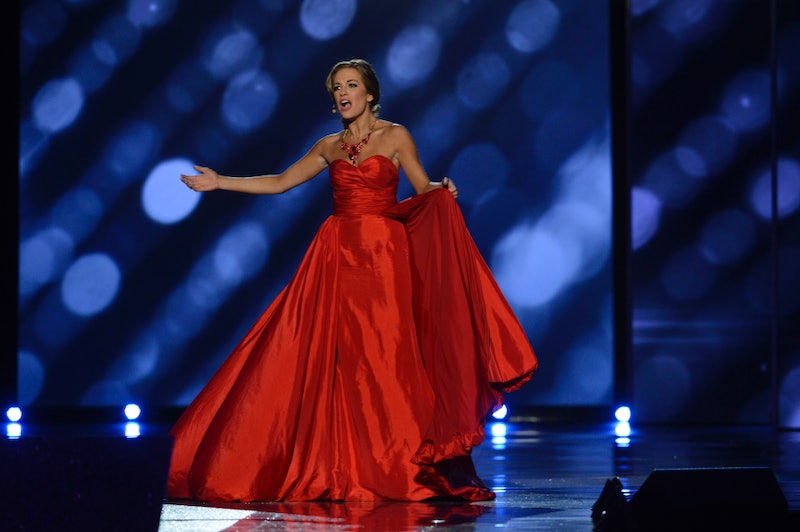 There's no shortage of Miss America contestants whose talent is singing, but Miss Georgia's opera performance stood out from the rest. Instead of a musical or pop number, Betty Cantrell sang a rendition of "Tu Tu Piccolo Iddio!" from the opera Madame Butterfly. Cantrell performed last in the talent competition, but her singing would have been memorable no matter what — and her strong soprano voice totally brought down the house. So much in fact, that later in the night Cantrell went on to be crowned Miss America 2016. Between hitting every high note and singing in a foreign language, it wasn't an easy number to pull off, and clearly the judges realized that she nailed it.

The song comes from the most emotional scene in the opera, as the title character prepares to end her life with her father's knife. The lyrics are directed at her baby son as she tells him that he'll never remember her or know that she died for him. Whether we could understand the lyrics or not, Cantrell successfully portrayed the emotion of the scene. The talent portion is worth 30 percent of total score, so it's no surprise that Miss Georgia went on to win the crown.

And now I totally want to see an opera of Madame Butterfly. Job well done, Miss Georgia! Your vocals are top-notch and being named Miss America isn't too shabby, either. Watch her beautiful rendition below.