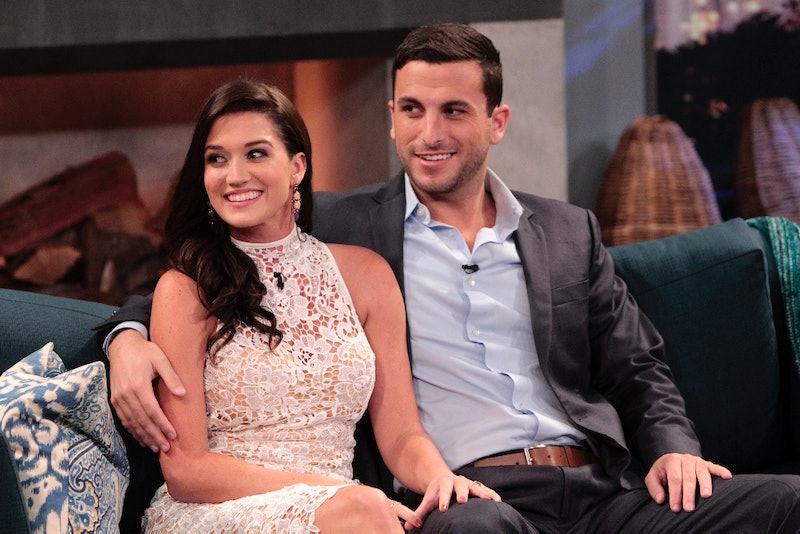 Another year in Mexico and another engaged couple leaves Bachelor in Paradise with the hope of a wedding in the near future. Last year with Lacy and Marcus’ engagement, I got it. I didn’t think it was a forced proposal, but I do think they set the bar for every season after. If no one got engaged at the end of this season, then what was the point? I think Jade and Tanner are adorable together, but I don’t think fans should put too much emphasis on a wedding because from where I sit, I just see the honeymoon phase ending and both of them getting back to the real world. Sorry Janner fans, I don't think Jade and Tanner will get married.

From the very first episode, I predicted their engagement (I have witnesses and no I did not check Reality Steve), but this time around it felt so forced to me. Why did anyone HAVE to get engaged on Bachelor in Paradise? Why couldn't they just decide to stay together at the end? I mean, I want to be wrong in this because I kind of think it’s awesome when the Bachelor couples get together and stay together (I.E. Trista and Ryan), but the statistics have not always been on their side in the past, so I want to be realistic when I think about a Janner future. There are a few reasons I feel they may not last long enough to walk down the aisle.

I’m sorry, even though she’s from Nebraska, I firmly believe Jade belongs in a big city like Los Angeles, Chicago, New York, or Nashville. Something in that field. I know that Kansas City is large, but I just don’t see her settling down there. She just confirmed that she will eventually move over there on Twitter, but still, I feel like she was made for a big city life…

They are together right now posting adorable pictures. But, what happens after Jade leaves Kansas City (for the time being) and her vacation to head home to the real world? The key to making these relationships work is fitting each other into your normal lives and making sure that connection is still there when you have to return to old habits. That isn’t happening for them yet — they're still in that post-Paradise glow.

Tanner Is A Cat Guy

Jade is a dog person and Tanner is obsessed with his cats. I’m not saying it'll make or break a relationship, but lots of dog people will never be cat people. They are just two different types of people. It’s a thing.

It’s Too Soon To Get Your Hopes Up

We’ve been through this before when they are constantly popping up together on Instagram and social media makes it seem like they are in a perfect relationship. Andi Dorfman and Chris Soules both seemed in somewhat promising relationships that only made it a few months. Andi and Josh Murray seemed perfect considering they were practically neighbors and Whitney Bischoff seemed like she really wanted to settle down and have babies, but things changed around the three month mark.

Either Carly needs to pack her bags and head to Kansas City too or Jade needs to stay in Nashville because them splitting up would be the worst breakup in Bachelor history. I don’t think I could bear it. It would be like when Rachel moved out of Monica’s apartment in Friends. IT WOULD BE THE END OF AN ERA!

I’m not sure if you guys know this about Jade, but she is a huge Lord of The Rings fan and if she’s anything like me — I cried when I met Sean Astin — there’s a good chance that at least once a year she binges the trilogy. I just don’t think Tanner and his cats could handle the 11 hour-ish marathon. Plus, what if Tanner doesn’t like Lord of The Rings? That’s pretty much a make or break situation.

Obviously some of my reasonings are trivial, and I do actually hope that I’m wrong. If they can survive the above situations, they'll be A-OK, and goodness knows Bachelor Nation needs a win. Stay strong, Janner!