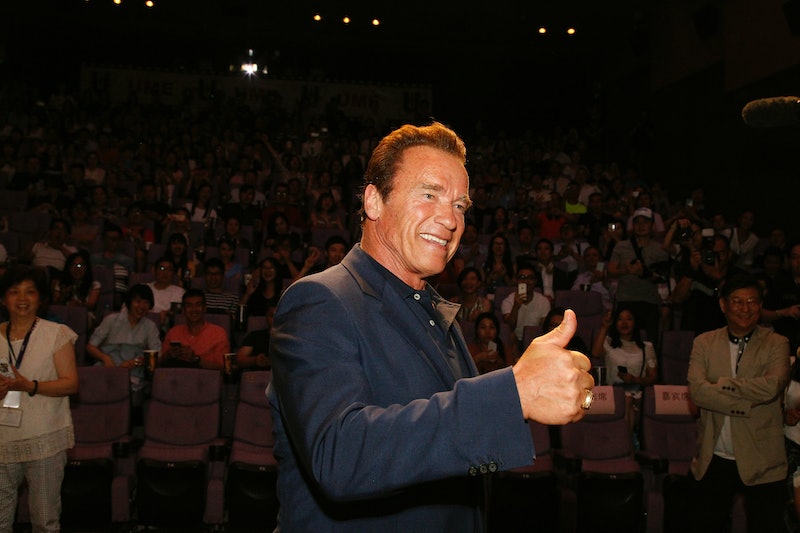 “We are thrilled to be opening a powerful new chapter in the story of the ‘Apprentice’ franchise. Arnold Schwarzenegger is the epitome of a global brand in entertainment and business, and his accomplishments in the political arena speak for themselves. It was Arnold’s personal passion for the format that Mark Burnett and Donald Trump built over the last decade, as well as his fresh take on how to take it to new heights for today’s audiences, that made him the man to hire. The Celebrity Apprentice … will be back!"

Executive producer Mark Burnett believes Schwarzenegger will continue the most important part of Celebrity Apprentice's legacy: Giving back to charity. “After leaving the show to run for political office, Donald made it clear that he wanted The Celebrity Apprentice to be able to continue to raise millions of dollars annually for worthy causes, and now NBC and I have found an amazing new leader to do just that,” said Burnett.“Gov. Schwarzenegger will use his vast and highly successful business, political and media experience to drive this hit franchise to new heights."

Excited yet? Here are seven things we can expect from Schwarzenegger's hosting gig.

Luckily, he already comes with the perfect alternative to "You're fired."

Every season changes up the challenges, right?

Between his son Patrick and all of the stars he's worked with, Schwarzenegger has no shortage of celeb connections.

4. Lots And Lots Of Sequels

The Terminator franchise is known for its many, many sequels.

Schwarzenegger worked hard for his success, so it's a given that he'll expect the same out of the contestants.

Trump led the show with a certain intensity, but Schwarzenegger has a different personality and will presumably change things up.

Just because there's a new host doesn't mean the show will be any less challenging.

The next season of the Celebrity Apprentice is slated to debut in the 2016-2017 TV season.

More like this
Matt Hancock Broke a Major Rule With I’m A Celeb
By El Hunt
Julia Haart’s Husband Fired Her As CEO Of Elite World Group
By Brad Witter
What Jen Shah's Delayed Sentencing Could Mean For The 'RHOSLC' Season 3 Reunion
By Brad Witter and Jake Viswanath
What Is Julia Haart’s Net Worth? The My Unorthodox Life Star Is A Shoe Mogul
By Radhika Menon
Get Even More From Bustle — Sign Up For The Newsletter