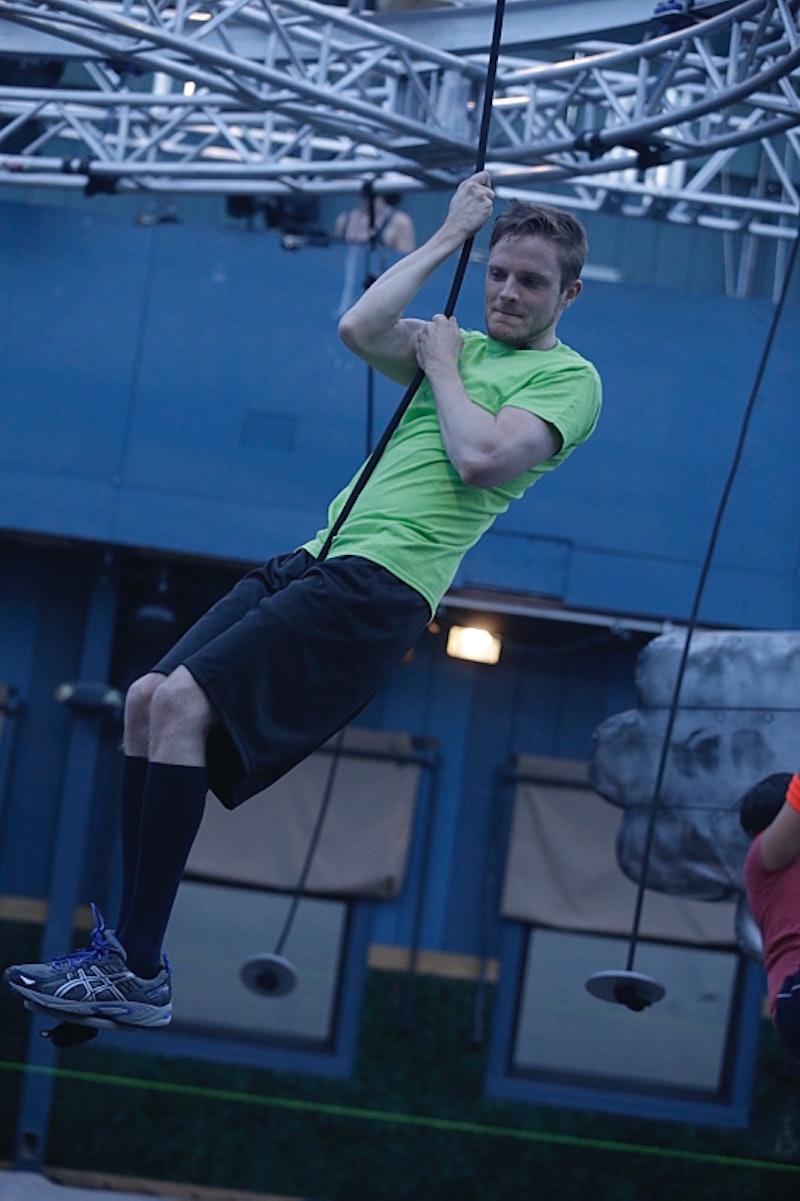 John is safe in the Big Brother house another week, meaning he has solidified a position in the final four. That's right, Johnny Mac won the Power of Veto this week, which let him pull himself off the block after being nominated by Vanessa. The dentist has become an expert as saving himself over the course of BB17. This marks the fourth time this season that John has won the PoV, which, in addition to his Battle of the Block win earlier this season and winning the right to return to the game after being evicted, totals six total comp wins for John. But with so many wins under his belt, why hasn't Johnny Mac been able to win HoH?

When taking a break from being the most adorable houseguest of BB17, John is always talking about how he wants to "make big moves" and shake up the house, but it's difficult to do that when you're not Head of Household. He is considered a physical threat in the house, but even he himself said during his eviction interview with Julie that the biggest flaw in his gameplay was that he "didn't win anything." Each HoH competition is becoming more and more important, and it's likely that John will be going home if he doesn't have another HoH or PoV win to protect him. So, why is it that John hasn't been able to win a run as HoH if he's clearly so good at competitions?

In a lot of cases, it just comes down to bad luck. During the "Mixed Emojis" HoH competition, the final round saw Liz vs John in a match to see who could find a specific emoji in a wall of them. It was an unfortunate instance where an emoji-based competition seemed to play into Liz's skillset, and she won. This win allowed her to evict John's ally Becky to jury.

However, a case of bad luck doesn't seem to be John's biggest obstacle when it comes to losing HoH comps. It seems that John has gotten used to throwing HoH competitions to other houseguests. He has said that he intentionally threw the "Starting Lineup" HoH competition to Steve, since he knew that he could trust Steve and John would rather be HoH the week after. John threw many of the Battle of the Block competitions at the beginning of the summer to gain favor with Clay and Shelli, and has since utilized competition throwing into his overall strategy.

When Vanessa initially decided to put John up for eviction this week, part of her reasoning was the fact that he hasn't won any HoHs, when everyone else left in the house has. Vanessa has won a whopping four HoH's while Austin and Liz have each won three, and Steve has won two. John, however, hasn't had the privilege to enjoy a week in the HoH room and decide who the nominations for eviction would be.

While John is guaranteed to make it to the final four, he's probably going to have to win one of these last crucial HoHs to make sure he ends up going to the final two. It's going to be very easy for any other final two houseguest to say "I won multiple HoHs and made many difficult decisions. John has won none. Therefore, I deserve this more than John." The only person in history to win Big Brother without being Head of Household was the legendary Doctor Will Kirby back in Season 2. If John can manage to win Big Brother without getting an HoH, that'll be an extremely impressive feat, but it may not be worth the risk.