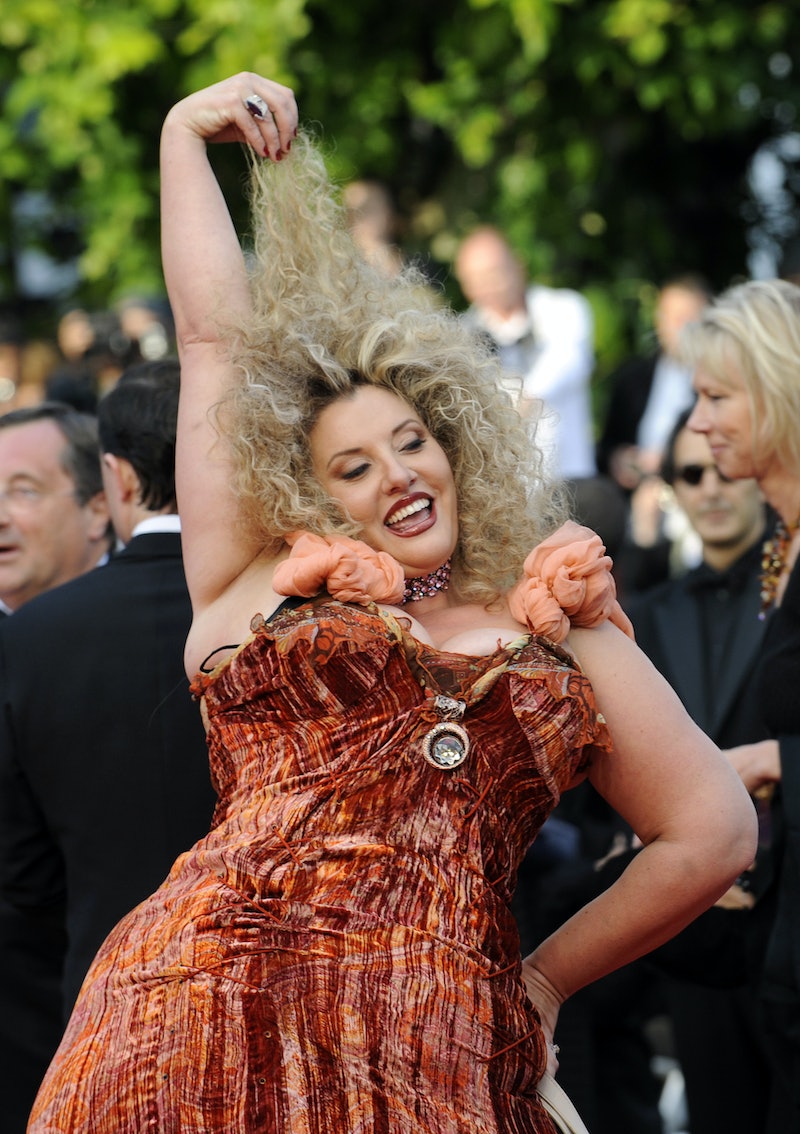 This year alone, we have seen Tess Holliday gracing the cover of People Magazine, Project Runway debuting its first plus size collection NYFW, and countless mainstream brands venturing into designing plus size garments or expanding their size ranges. More than ever before, we should be taking the opportunity to celebrate the plus size fashion pioneers who have arguably helped make all of this possible.

Thanks to the positive and progressive changes happening in the fashion industry, it feels important to reflect on the time before social media or reality television, when visibility for plus size individuals was much harder to come by. Looking at the history of the words fat and fatkini as empowering terms in the movement often trace back these positive reclamations to the late 2000s, when many of the now-popular bloggers and plus size designers began emerging. However, I wanted to go back a little further and focus on the people who helped pave the way for the increase we're finally seeing in fat acceptance and visibility before body positivity was really a "thing."

Although many of these women continue to be influential in the plus size community, their past accomplishments deserve to be celebrated alongside those of the ladies currently kicking body positive butt.

What some may not know about this industry pioneer is that she was actually the first person ever crowned Miss Plus America in 2003. Using the momentum gained from winning the title, Lewis booked a modeling gig for Torrid as a size 22 in 2004. She kept pushing and promoting herself, and landed more jobs with indie designers in Los Angeles before shifting her focus to hosting and entertainment. In addition to her work in plus size fashion, Lewis ran the National Organization For Women's "Love Your Body Day" for six years in Hollywood.

The name Velvet D'Amour alone screams glamour to me, and it's likely a name you may know from her work as the body positive photographer, founder, and Editor-in-Chief of Volup2 Magazine. But D'Amour was breaking barriers long before she published her first issue of Volup2 in 2012.

At 38 years old, D'Amour was signed to France's first plus size agency, Agence Plus. Come 2006, the 300-pound D'Amour walked the runways in Paris for both Jean Paul Gaultier and John Galliano, challenging countless beauty standards in couture fashion to a degree yet to be seen on American soil. These days, D'Amour's work through Volup2 continues to showcase un-retouched images and give visibility to individuals who otherwise may not have the opportunity to be celebrated in fashion.

This plus size fashion focused publication was on newsstands with a circulation of 600,000 subscribers and 3.5 million readers in 2001 when the last issue was published. Julie Lewit and Nancy LeWinter founded the magazine in 1997, but Retail Fashion Editor Catherine Schuller and Fashion and Style Director Michele Weston were hugely influential to its success.

Schuller spoke with The Curvy Fashionista in 2010 about her work with MODE, saying, "We just assumed [our plus size readers] were fabulous and fashionable and knew how to dress. [They] just needed some permission, inspiration, and some resources." At the time, there was nothing else like the magazine out there for plus size women. Weston told Plus Model Magazine in 2011, "The magazine was almost like a teaching guide, it taught a generation of women about fashion and style options along with visual aides. The goal was for readers to love themselves, no matter what their size and to feel good in their clothing."

The statuesque presence of six-foot tall, shaved model Sharon Quinn is hard to miss. She got her start in the '80s as a runway model, which makes her title as the self-proclaimed "Original Runway Diva" very fitting. Quinn was the first plus size model to win the Maybelline Shades of You Model of the Year Competition in 1995. In the same year, she signed with Wilhelmina Modeling and worked for brands such as Avenue, Lane Bryant, Ashley Stewart, Bloomingdales, and Nordstrom, according to an interview with Plus Model Magazine.

In 2005, Quinn would compete in the first season of Mo'Nique's Fat Chance and finish as first runner-up to the late Joanne Borgella. Quinn would go on to serve as "den mother" to the models of Season 2 and a casting director for Mo'Nique's F.A.T. Chance Paris. Although Quinn has retired from the catwalk, her work in fashion is far from over. In fact, she's currently working as the casting director for Full Figured Fashion Week.

Speaking of Full Figured Fashion Week, we musn't forget Gwendolyn DeVoe. A former model herself, DeVoe founded The Plus Academy in 1999, which was one of New York's first plus size focused model training programs. Ten years later in 2009, she would go on to to create the first ever Full Figured Fashion Week in addition to her already successful events like Full Figured and Fabulous, Dangerous Curves: The Tour and Project Curves.

First launched in New York City, the 2009 FFFWeek featured 12 brands, 200 attendees, three events, and one runway show. Though DeVoe had announced the show's retirement after 2014, Fruit of the Loom called her just three weeks after to bring it back for 2015. The show featured 50 plus size models from across the country, 100 partners, four runway shows, and 20 events.

Many plus size Millennials grew up in the '90s looking up to plus size supermodel Emme Aronson. In a 2008 interview with Betty Confidential, she said she was very disillusioned with the fashion industry back in '94 and that she wanted to leave. Her agency allegedly begged her to stay, however, and she ended up being named one of People Magazine's "50 Most Beautiful People" the same year.

Aronson's spread showed her 5'11" size 14 frame unapologetically and complimented the article with a message that still bares repeating today: "Don't kill yourself trying to change your body. Change the way you think about your body." After that, Aronson's career skyrocketed, landing her hosting gigs on E!'s Fashion Emergency and a book deal with Putnam's Sons. She would go on to be named one of the “Most Important Women in America” by Ladies Home Journal, one of Glamour magazine's "Women of The Year," and one of Biography Magazine's "25 Most Influential Women."

In 1997, Aronson signed with Revlon and became the first plus size supermodel with a cosmetics contract. Though her agency wouldn't confirm her exact earnings to the New York Times in a 1997 article, they did say she was their top earner in that division. In 2014, she started EmmeNation V2 and continues to speak and mentor women around the globe about body image.

If you ask me, it's women such as these who have helped give us all the platforms we have today. They supported body positivity way before the term made it to the mainstream — and for that alone, they deserve incredible kudos.

More like this
Rita Ora’s Sheer Dress & Mermaid-Inspired Prosthetics Stun At British Fashion Awards
By Sophie McEvoy
Behold: The Wildest Fashion Moments of 2022
By Dominique Norman
Florence Pugh Wore A Spicy Backless Gown To The British Fashion Awards
By Allie Fasanella
Twitter Can’t Get Enough Of Lewis Capaldi Creating Fashion Looks For ASOS
By El Hunt
Get Even More From Bustle — Sign Up For The Newsletter