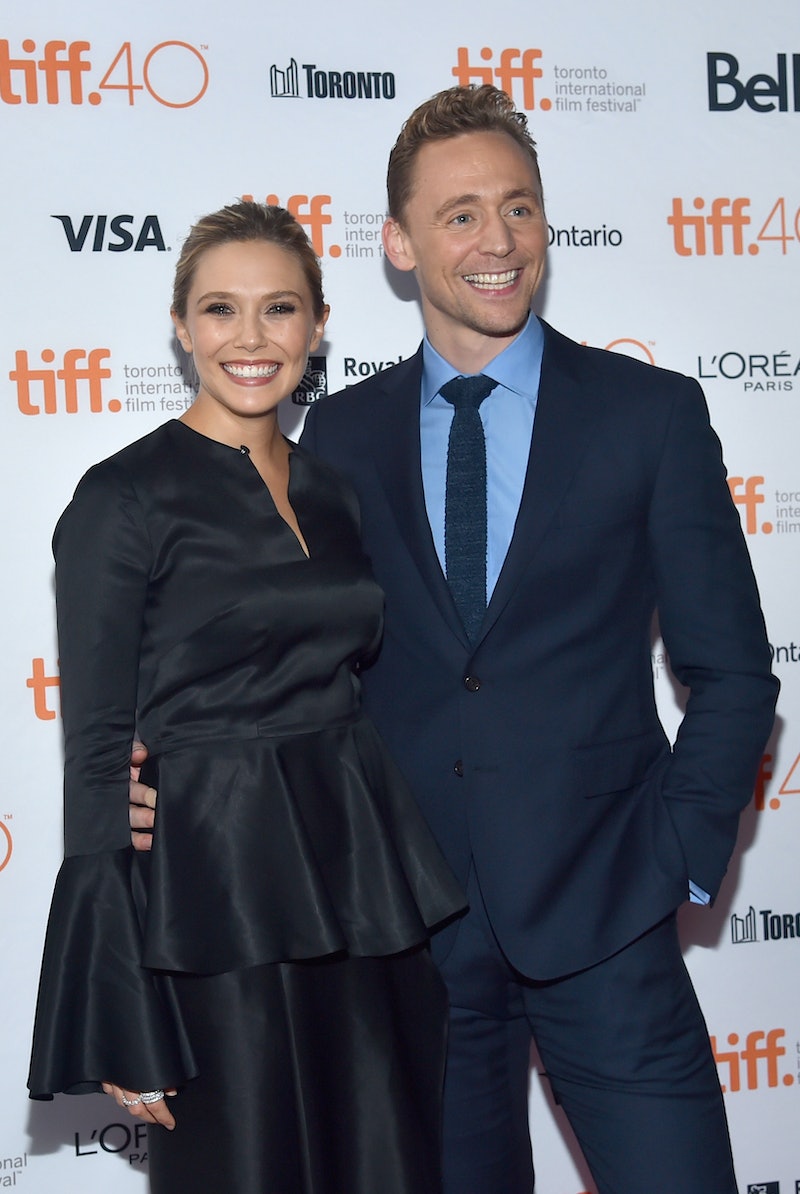 Ever since May, Hiddlestoners have been trying to answer a very important question: Are Elizabeth Olsen and Tom Hiddleston dating? Well, there is now a solid answer: Elizabeth Olsen isn't dating Tom Hiddleston. While chatting with Refinery29, Olsen came outright and said she and her I Saw the Light co-star are just friends and most definitely aren't dating. After being asked, "So you're not dating Tom?" She replied, "No. I mean people can think what they want to think."

First, why would anyone deny dating this beautiful and perfect specimen if they were actually dating him? Second, she doesn't seem to be playing coy and is pretty adamant that they are not a couple. For those who really wanted Hiddleston and Olsen to be a couple, well, my condolences.

Also, if you're wondering why they've been spotted together so often — for example, that time they were seen grabbing dinner — well, the 26-year-old Avengers: Age of Ultron actress said they are two friends who grab a bite to eat from time to time. She said, "I mean, we definitely are friends and we've known each other for about four years. And we happened to be at a restaurant at a wrong time having dinner. We all go out to dinner."

Yes, we all do go out to dinner — just not with Tom Hiddleston, unfortunately.

So, how does Olsen feel about the dating rumors about her in general? She doesn't have time for them and chooses to ignore them. She said, "Well, apparently, I'm dating Chris Evans, and apparently, I've dated Jeremy Renner, so I guess that... I don’t react to it."

There you have it, Olsen and Hiddleston aren't dating. So, who will Hiddleston be rumored to be dating tomorrow? Here's hoping it's me.

More like this
Who Is Nick Cannon Dating & How Many Kids Does He Have?
By Jordyn Tilchen and Radhika Menon
The 'Love Island' Wedding Mystery That No One Saw Coming
By Darshita Goyal
Kevin Kreider Finally Asked Out Kim Lee On 'Bling Empire'
By Brad Witter
George From 'Married At First Sight' Remains On Screen After His Arrest
By Darshita Goyal
Get Even More From Bustle — Sign Up For The Newsletter