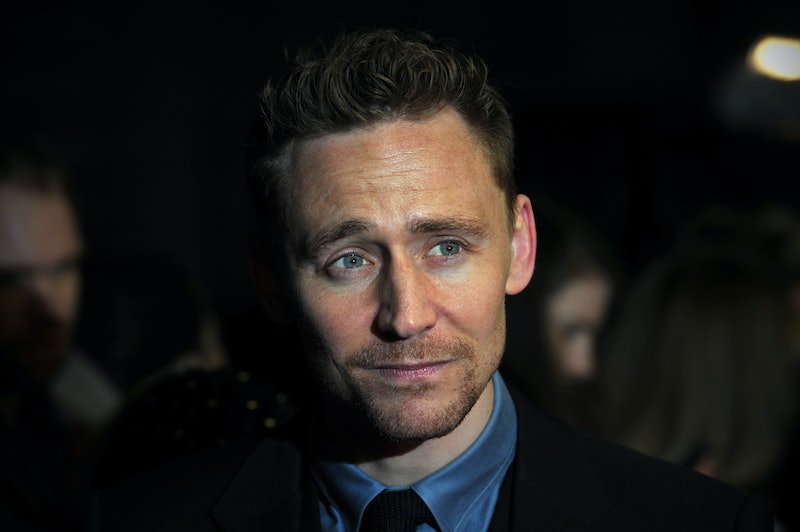 After going years without seeing anyone, Tom Hiddleston might finally have a girlfriend. According to Us Weekly, Hiddleston and Elizabeth Olsen are dating each other. The two met years ago at the War Horse premiere, but reconnected while filming I Saw the Light together. In the Hank Williams' biopic, Olsen plays Hiddleston's wife, so perhaps their chemistry on screen started to filter off screen, too. “They have been hooking up... it's casual,” a source told the magazine. But while they reportedly haven't labeled their relationship yet, the source says they always “text when they’re apart.”

Now, obviously anonymously sourced articles always have to be taken with a grain of salt. Unless something is confirmed by Hiddleston or Olsen's camp, then this relationship stays firmly in rumor territory. But, if they were together, I wouldn't be surprised. Though Olsen is several years younger than Hiddleston, the pair has a lot in common. I don't hate the idea of them together, even if it will mean Hiddleston is off the market. He deserves a good girlfriend, just like Olsen deserves a good guy in her life.

So here are five reasons why they'd make a great couple.

She Takes Acting Just As Seriously

In the past, Hiddleston has said his lack of a dating life was because he was just so focused on his work. The good thing about dating Olsen is that she totally gets it. She told The Guardian in 2012 that because she never wanted to ride her sisters' coattails, she put a lot of hard work into acting to make it on her own. "I decided that as long as I felt confident and worked hard for it, instead of having it handed to me, no one could take that away from me," she said. "I never got any job because of my sisters. I could have pulled a few strings through them, but I never needed to." And, if there's anyone who understands the importance of hard work, it's Hiddleston.

They're Both In The Marvel Universe

They have a commonality in that they both played characters in the Avengers films, and villainous ones at that (although Scarlet Witch eventually comes to the good side). It might be nice for Hiddles to date someone who understands those films and knows what it's like to work on them. Plus, if they're both in Avengers 3 together, that could be pretty fun.

They Have A Wide Range Of Film Interests

Neither of them has stuck to just indie flicks or just big budget films. They've flitted in and out of the genres, proving that it's the project's integrity and story that matters to them, not the price tag attached.

Their One True Love Is Theater

Hiddleston was first recognized by his agent when he was in the University of Cambridge's production of A Streetcar Named Desire . Theater acting is his background, and, fortunately, it's Olsen's too. She attended Tisch and NYU to study acting, and told The Guardian she's a total "theater kid." (Imagine the two of them in a play together. It would be awesome.)

They Seem To Get Along

The pair met up again in 2012 at a British fashion event, and, from the looks of the photos, they had a pretty good time together. Now that they've further developed a friendship, and maybe even a relationship, on the set of I Saw the Light, they have a strong foundation to build a lasting romance. If Tom Hiddleston has to date anyone, Elizabeth Olsen is a pretty good choice.

More like this
Eva Mendes Just Claimed Ryan Gosling’s “Ken” Underwear
By Rachel Mantock
Jurnee Smollett’s Heart Is Healing
By Rebecca Carroll
What Is Miles Teller's Net Worth? How The 'Top Gun: Maverick' Star Made His Millions
By Meg Walters
Kimberly J. Brown & Daniel Kountz Looked Back On Their ‘Halloweentown’ Romance
By Stephanie Topacio Long
Get Even More From Bustle — Sign Up For The Newsletter