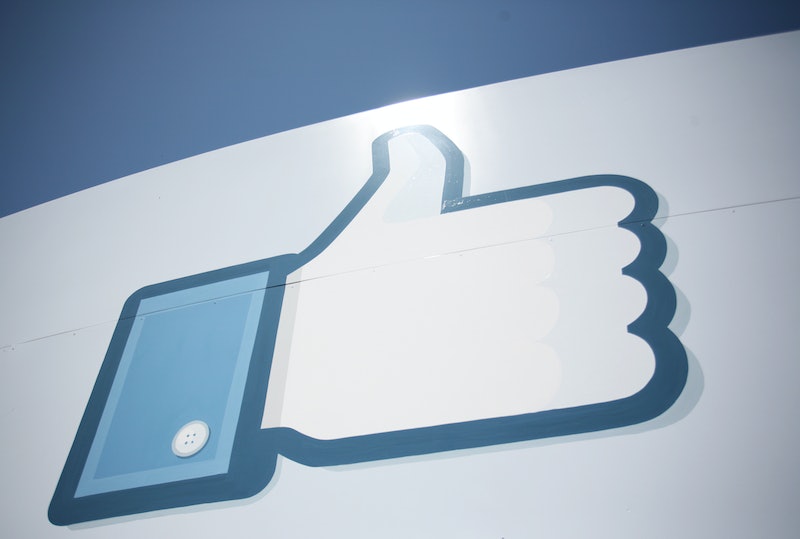 You guys, have you heard that Facebook is adding a dislike button to its interface? Yes — it's really happening! Facebook founder and CEO Mark Zuckerberg confirmed the news himself during a press conference on Tuesday: "People have asked about the 'dislike' button for many years, and probably hundreds of people have asked about this, and today is a special day because today is the day that I actually get to say we are working on it, and are very close to shipping a test of it," he said.

If you're wondering what took the social network so long to introduce a dislike button, Zuckerberg said that they didn't want to create an "upvote, downvote" environment similar to sites like Reddit. But, he also said that he saw how a dislike button could be useful and decided to work to institute the change. "If you are sharing something that is sad... then it may not feel comfortable to 'like' that post," he added. And he's absolutely right.

As Zuckerberg noted, not all Facebook posts are positive; indeed, many times users utilize the network as a way to disseminate sad or depressing news. Until now, we've been left to wonder whether or not liking the post was inappropriate — but now, we can just dislike the post to show that we feel for them and to offer our support.

2. When Someone Posts Something Seriously Offensive

If I had a dime for every racist, sexist, or otherwise horribly offensive Facebook post that's come across my news feed, I'd be a millionaire by now. Hello, dislike button!

3. When Someone Announces They're Breaking Up

While it's true that not all breakups are sad — when a relationship has run its course, for example, ending it is usually a good thing — there's still often a sense of sadness that goes with them. So instead of liking a breakup post and perhaps wondering if you seem like you're inappropriately happy about it, you can now show exactly how you feel.

4. When You See Anything Related to Donald Trump on Your News Feed

Unless it's about a portrait of Donald Trump painted in menstrual blood. Because that's kind of amazing.

Sadly, Trump isn't the only example of unfortunate politics out there, so you're going to have plenty of material to dislike with the upcoming 2016 election. In fact, I'm not sure there could have been a better time for the dislike button to be released.

6. When You See A Post Involving Your Ex Who You Don't Want To Have Anything To Do With

Forget stalking; disliking could be the new form of social media travesty. Of course, you can also go ahead and hack your news feed so that you don't have to see anything about your ex ever again, too — but hitting "dislike" before you do that is just so much more satisfying.

7. To Throw Shade At Your Frenemies

It's a more direct form of shade throwing, but hey, this will save you from having to leave some sort of clever comment. Now, you can just dislike the post and move on.

8. When You Want To Make Fun Of Yourself

There are so many old pictures on my Facebook page that I cringe at, but don't want to delete, either. Why not have a little innocent fun and dislike a few of them? That way you can use the dislike button in playful, silly way.

9. To See Who Your Real Friends Are

If you have a lot of people disliking your positive posts, you might get some more insight into who is really there for you and who you might want to unfriend — both literally and figuratively.