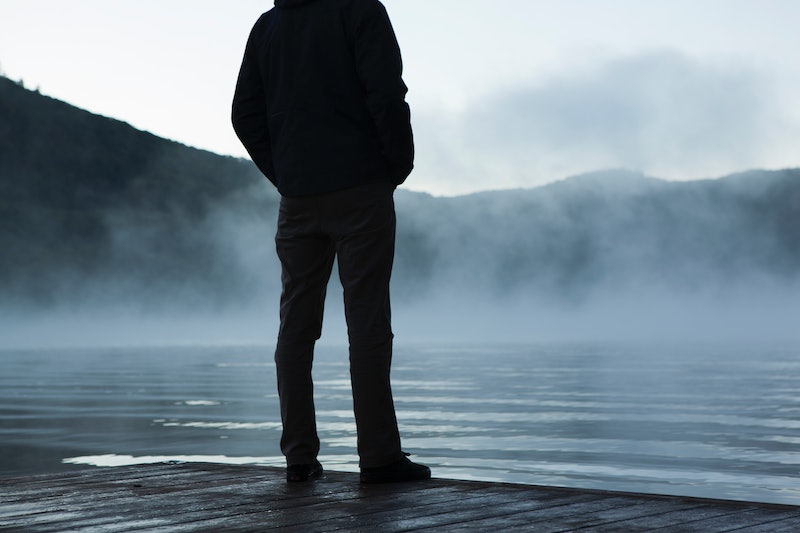 If you get your reproductive health advice from poorly sourced internet rumors and 9th graders, you might believe that pretty much anything — from pounding energy drinks to standing next to a microwave — has the power to give a dude a low sperm count. But accounts of carbonated drinks that cause mass sperm extinction are greatly exaggerated. Despite the fears that many of us harbor about how the conveniences of modern life are secretly sabotaging our fertility, most things that will lower your sperm count are actually well documented: most guys who put out a lower-than-average amount of healthy sperm suffer from a medical issue like celiac disease or undescended testicles, take a medication that interferes with sperm production, or smoke, drink too much, deal with extreme levels of stress or experience some other lifestyle factor that hurts their swimmers.

That said, there are still some sperm hazards hiding in our daily lives, just waiting to slow the output of your Wonder Twins. The seven factors below may lower sperm counts, sperm motility (the sperm's ability to swim quickly to the egg) or overall sperm quality. So if you're looking to put a bun in somebody's oven, steer clear of these dangers — but if you're looking to not get anyone pregnant, know that eating a lot of deli meat and canned food, then smearing yourself in sunscreen, does not count as adequate contraception. Use a condom, you goober.

If your erotic practice involves eating turkey slices off your beloved's nude body before getting down to business, you need to find a new turn-on before you try to make a baby: a Harvard University study found that men who eat half a portion of processed meats — like bacon, bologna, ham or turkey slices — each day can lower their percentage of "normal"-shaped sperm cells. And the impact is pretty drastic — dudes who can't go a day without taking part in a six-foot party sub have 5.5 percent "normal"-shaped sperm cells, while men who find something else to eat for lunch had 7.2 percent "normal"-shaped sperm, on average. The lesson: always eat a burrito. Always.

Sad about all the deli meat you're going to miss? Were you hoping to bury your sorrows in some heavy-duty TV binge-watching? Alas, it is not meant to be: a 2013 Harvard University study found that watching 20 hours of TV a week can cut a man's sperm count down by almost half (20 hours sounds like a ton of time, but that actually adds up to less than three hours a day). The good news is that those re-runs aren't somehow lowering your sperm count on their own; living a fairly sedentary lifestyle is actually the thing that can lower a guy's sperm count. So if you do your 20 hours of TV while on a treadmill, you're all good.

You may be thinking, "I can't eat deli meat, I can barely watch TV — what am I supposed to do with all this free time while I wait for my sperm count to rise?" Well, you could probably take up a new, fun hobby, like cooking — but not cooking with canned goods, because that will (you guessed it!) also possibly lower your sperm count. BPA resin is often used in commercial canning to line the inside of cans. BPA is an infamous "soft plastic" substance that has been found to lower sperm counts and decrease sperm motility, according to a study published in the medical journal Fertility And Sterility. It also has been linked in some studies to higher blood pressure and heart disease risks for people of all genders.

OK, right now, I know you're thinking "Can men who are trying to have a baby even leave the house without lowering their sperm count?" I know it looks bleak! But seriously, you can still live a normal life with just a few lifestyle tweaks.

But that normal lifestyle should maybe not involve touching any receipts. Yes, receipts. Because 40 percent of all receipts contain BPA, the aforementioned chemical linked to lower sperm counts and other health problems. Yup, regular old receipts — the kind that you get for everything from a big-ticket electronics purchase to a one dollar package of gum at the convenience store — might possibly negatively impact your fertility. There isn't enough research to draw a definitive conclusion about receipts, but hey, what do you even do with receipts? Drop them on your car floor, where they form a tiny, improvised floor mat? You might as well skip 'em.

As nice as a warm car seat on a cold winter's day may feel on your Batman and Robin, you might want to steer clear. According to a 2008 study published in the medical journal Fertility And Sterility (I hope you are all getting a subscription to Fertility And Sterility right now so I don't have to keep breaking this hard news to you on my own), sitting on a heated car seat can raise a man's scrotal temperature by several degrees — which may sound minuscule, but scientists believe that even this small increase could damage sperm production. And the same goes for raising your testicular temperature by sitting with a hot laptop on your lap for hours at a stretch — even if you eschew all the deli meat and canned foods in the world, you're still not giving your sperm a fair shot if you keep heating your balls up like they're a day-old slice of pizza.

Remember that song from the '90s about how you should always wear sunscreen? (I embedded it above, just in case your day hasn't featured enough annoying retro songs ). Well, it gave some bad advice, at least when it comes to male fertility — according to the scientists behind a recent study of the sperm counts of 5,000 Danish men, wearing sunscreen could cause your sperm count to drop. Though other scientists have protested the claims — and one study is probably not enough motivation to chuck out the generally extremely healthy habit of wearing sunscreen — it does remind you that threats to fertility are lurking around every corner, especially in irritating pop songs from the '90s.

Though this all might sound scary, there's no reason to retreat into a panic room with some organic oats and a nice book until your partner conceives. If you're experiencing fertility struggles, talk to your doctor, who can offer more practical solutions than an internet writer who loves to make ball jokes. But seriously, if you conceive after using advice from this article, you have to name your kid after me. Sorry, but it's the law.