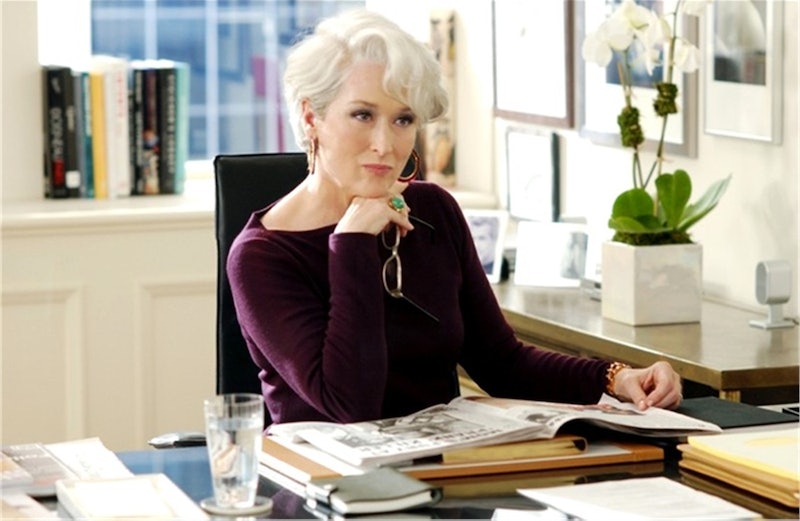 As New York Fashion Week wraps a whirlwind week of shows, one thing that never seems to go out of style is the Republicans' penchant for poor choices. Seriously, bad policy-making should be the biggest faux-pas in politics, yet somehow we're still being confronted with legislation targeting women's rights. That's why the Democratic National Committee is taking note this election season by predicting the Republican Party's second debate pitfalls in a Fashion-Week themed Wednesday morning article entitled, "Your Trend Forecast For Tonight's Debate."

It's another example of the DNC getting creative when it comes to critiques of the opposing party. On Women's Equality Day, the DNC published a "lesson plan" for the GOP 2016 candidates on women's rights, and in late July highlighted Chris Christie's poor record in New Jersey with a Mean Girls-themed post entitled, "Raise Your Hand If You've Ever Been Personally Victimized By Chris Christie."

So what are some GOP trends this debate season? Well, if you're watching tonight's debate — which might actually be fun, honest! — you can bet there will be more calls to defund Planned Parenthood, which has been on Republicans' radars since its inception. The latest effort to defund the women's health center was narrow thwarted in August, but that doesn't mean the GOP won't try again.

And if the first GOP debate was any indicator, the Republican War on Women is a very real thing, especially when you have front-runners like Donald Trump, who is incredibly willing to speak disparagingly about women. From Rosie O'Donnell to Megyn Kelly, those kinds of attacks are completely unfitting for someone who wants to be leader of the country, as the DNC's memo points out.

Today, on our country's coast line, men and women are strutting their stuff to appeal to the public. They're lining up today to show off the trends they think will stick with their audience this season. They're hoping you think their ideas are inspired and haute couture just for you.

No, we're not talking about New York Fashion Week.

Tonight, the GOP candidates for president will take the stage, and if it's anything like the last show, we should expect to see the candidates tackle issues that impact women far less gracefully than Candice Swanepoel handled herself this week.

Here's your preview of the fall Republican women's line, and we believe women will think it really missed the mark.

What's the latest trend we should expect to see at the debate?

Defunding Planned Parenthood – even if that means shutting down the government.

"Bottom line: the trend forecast for this debate looks pretty bleak," Hanson continues. "Vintage is the only thing that's in for these candidates, while forward looking policies for women, like pay equity and support for the minimum wage, are apparently out of style. And that's not a good look for anyone."