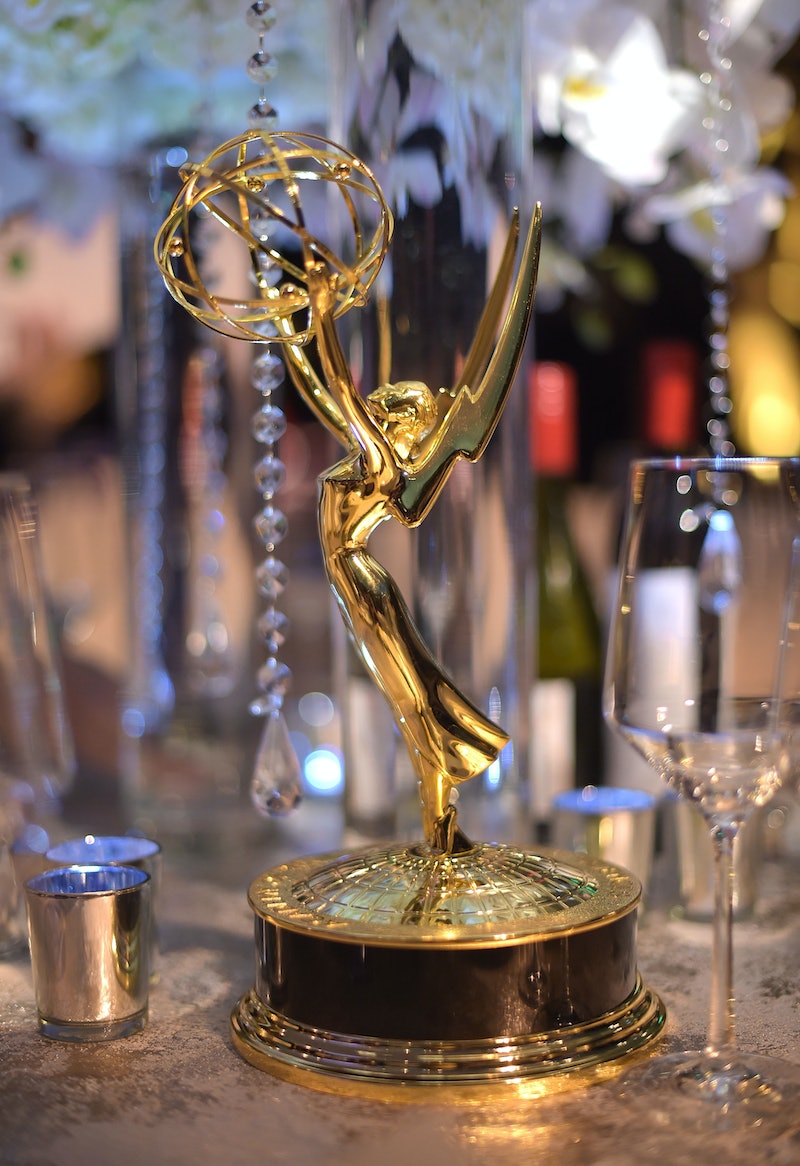 One of the longest-running jokes about the Emmys is that they never change. For five years in a row, the Television Academy has voted Modern Family the most Outstanding Comedy Series on TV, despite the presence of such critically-acclaimed gems as Louie, Parks And Recreation, and Veep. Repetitive voting practices are also the reason why Downtown Abbey was nominated for Drama Series again over the likes of The Affair, The Americans, and The Good Wife... and why Jon Hamm has somehow never won for his stellar work on Mad Men. Sometimes it's just easier to check the same box you did last year! But for an awards show that's often accused of not changing enough, ironically it is almost constantly changing behind the scenes, with adjustments to the voting rules taking place every year. So, what were the Emmy rule changes for 2015?

The major rule changes last year included the separation of the Outstanding Miniseries or Movie field into two separate categories — implemented a mere three years after the two categories had been consolidated due to a downtrend in their popularity. (Thanks to anthology series like American Horror Story and Fargo, the split become necessary again almost immediately.) They also created two brand new categories: Outstanding Structured Reality Program and Outstanding Unstructured Reality Program. (Awards which went to Shark Tank and Deadliest Catch, respectively.)

This year, the Television Academy implemented online voting for the first time in their 67 year history. They also made these seven major changes to their rules:

The biggest change has to do with who actually gets to vote for the awards. Nominees are always determined by peer group (actors vote for actors, directors vote for directors, etc); but in the past, the winners were then decided on by panels, which ranged from only 50-75 judges. That's an incredibly small sample size, so it's easy to see why repetitive winners (and losers) may have become a thing. 2015 is the first year in the Academy's history in which all 15,000+ members get to vote on the actual winners — presumably aided by the new online voting system.

On the one hand, a larger sample size is bound to have more accurate results. But, on the other... that's a heck of a lot of TV for 15,000 people to watch. Every series nominee submits six episodes to be screened, while every actor, director, writer, etc. submits one episode that highlights their work. Voters are required to watch every submitted episode in a category in order to vote on that winner, or else they must abstain. It's easier to imagine 75 specifically-appointed people getting through all those episodes; it's harder to imagine that 15,000 people will actually watch those hundreds of hours of TV. (That's 84 hours — or three-and-a-half straight days — for the 14 series nominees alone.)

2. Expansion Of Number Of Nominees For "Comedy" And "Drama" Series

Speaking of the series nominees... There's more of them than ever this year. In response to the general influx in quality programming, the Academy expanded both the Drama and Comedy categories from six to seven nominees. Those categories are also subject to the "two percent rule," implemented last year, which states that if only two percent of the vote separates the seventh place nominee from the next, then more nominees can be included. (This year's rule change clarifies that the two percent rule holds true to a cap of nine nominees per category.)

3. Clarification Of "Comedy" And "Drama" Series

Ah, those pesky dramedies. The Academy finally decided what to do with shows that defy genre classification — like Orange Is The New Black and Jane The Virgin — by laying down a hard line: Shows that are 30 minutes long are "comedies," and shows that are an hour long are "dramas." However, a series may formally petition the Academy to change that classification if they so desire. Rulings on those petitions are made by a nine-person Industry Panel. In 2015, Glee, Jane The Virgin, and Shameless all successfully completed the petition process to have their hour-long shows categorized as "comedies." Netflix, however, was unsuccessful in their petition to switch Orange Is The New Black's default categorization away from "drama."

Previously, an actor could simply choose which of the three categories they wished to submit to: Lead, Supporting, or Guest. Now the Academy has put the kibosh on the dubious practice of major supporting players pretending to be guests (like last year's Guest Actor in a Drama winner Joe Morton, who appeared in all 18 episodes of Scandal's third season). Now, an actor is only allowed to submit in the Guest category if they appeared in fewer than 50 percent of that season's episodes.

No, Ron Swanson, the two percent rule doesn't govern the Academy's milk preferences. It's the loophole that allows for the expansion of the number of nominees in a given category, remember? Introduced last year for the series categories, the two percent rule was also implemented for the acting fields this year, with a maximum cap of eight nominees per category. This is how we ended up with six nominees in every acting race except for Lead Actor in a Comedy (with seven nominees) and Supporting Actress in a Comedy (with the maximum eight).

This one seems like a no-brainer. The Television Academy finally split the Outstanding Variety Series category into two separate fields: Outstanding Variety Talk Series (like The Daily Show With Jon Stewart) and Outstanding Variety Sketch Series (like Inside Amy Schumer). In explaining this decision, the Academy cited the not-at-all-ominous-sounding "Rule Of 14," which reads: "If for two consecutive years the Board of Governors identifies that there are (or would have been had the category been in place) 14 or more entries that define such a significant, specialized and distinct achievement that they no longer are represented adequately within an existing category, they may, at their discretion, separate these entries into a new category."

Although change may take time, these adjustments to the rules show that the Academy is willing to try to adapt to the fluid nature of television these days. Now, if there was only a way for us to get them to recognize the brilliance of Hannibal...