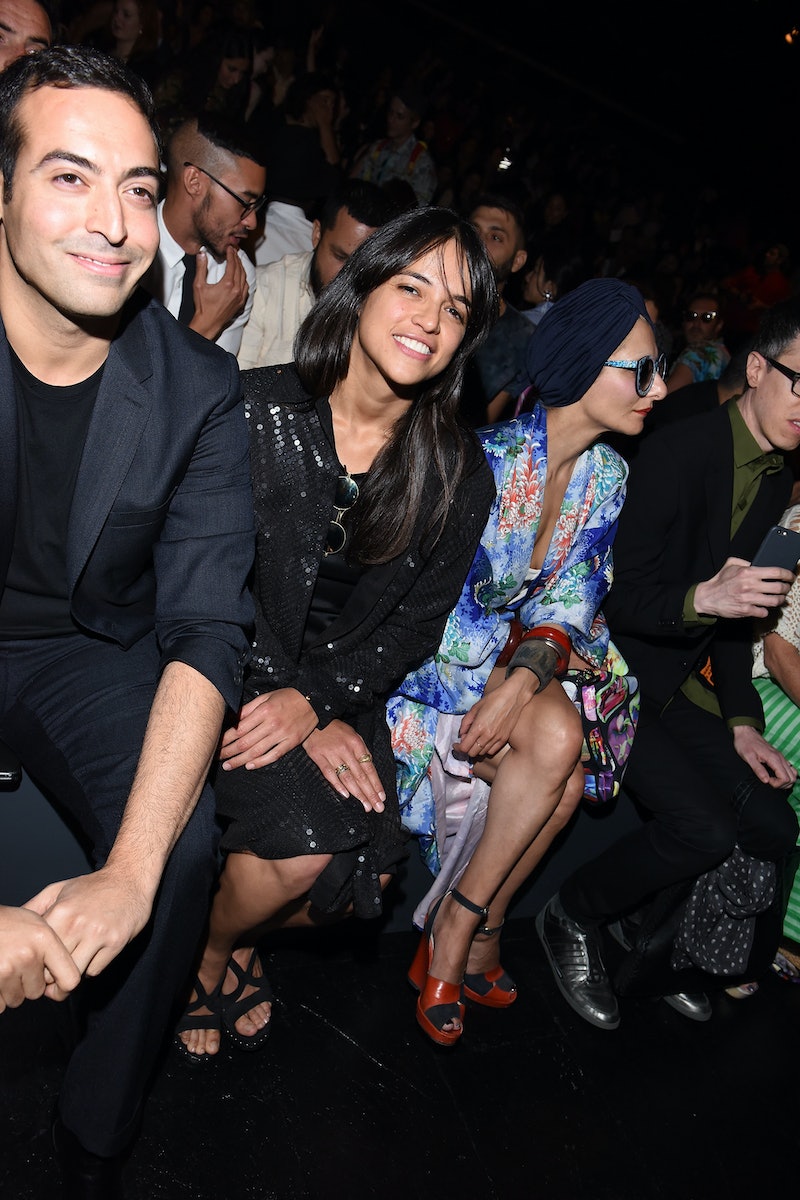 There's a sleeper style maven emerging at NYFW this year! You can always pretty much plan on an unexpected star to rise out of all the fabulous and well-dressed chaos every season as a surprise fashionista. In 2015, it's none other than actress Michelle Rodriguez, who is slaying NYFW with her LBDs and beyond.

Rodriguez has appeared in so many monster films throughout her enviable career, like Avatar and the big bucks Fast & Furious franchise. She has cemented herself as a box office sure thing. Her rumored romances with Zac Efron and Cara Delevingne have also grabbed a plethora of headlines in recent times.

But Rodriguez is not as celebrated for her style and she should be. It's very wearable IRL.

Perhaps that is about to change, since Rodriguez rocked two very different LBDs and a hot pink ensemble that blew me away. Rodrigues is having quite the Fashion Week this year.

She has been showing off her cleavage and her fit frame in her black outfits, that's for sure. She is also wearing them with palpable confidence, long bangs, and unfussy hair. That's a trifecta that you just can't mess with. A black outfit, a bedhead coif, and confidence? The combo wins every time.

Ready to see how Rodriguez is owning NYFW?

She was mostly covered up, thanks to this black LBD with sheen and a sparkly throw. But the ensemble showed plenty of leg, accentuated by strappy heels.

Who wouldn't want this dress in their closet? Who needs a necklace when you can hang your shades on your neckline? Cute!

So glittery and glamorous! Check out the peek-a-boo sides, too! That was a sexy and surprise touch that elevated this LBD to "something else" status! I dig her coy, lookin' back grin, too.

But this braless LBD was her best! With the leather panels, the deep V, and the cleavage-showing top, she was a real scorcher while wearing this.

But it wasn't all about black, all of the time.

The actress owned it in a hot pink pantsuit. The blazer was plunging and she went bra-free... again. I love how her long bangs dust her eyelashes. Once again, she used her shirt as a holder for her glasses. But it looked like black buttons, too. Rodriguez is launching an unusual fashion trend there.

Rodriguez was all sorts of hawt in hot pink.