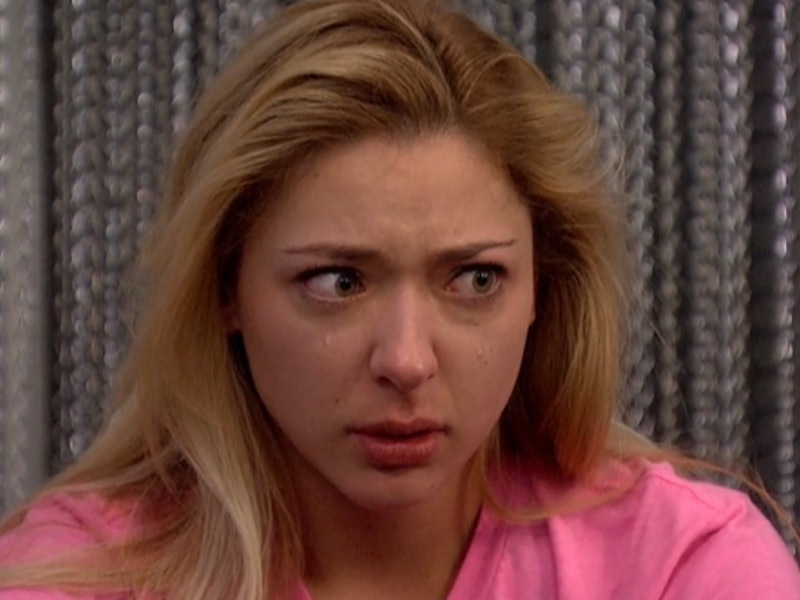 I love Big Brother, but the evictions this season have been a little boring. Pretty much every Head of Household gave the contestants a warning before revealing nominees, and they pretty much all voted as a house. I went into every eviction episode knowing exactly what was going to happen. That is, until the latest eviction. It seemed like everyone was set to evict Steve Moses, but Head of Household Vanessa Rousso had different plans. Vanessa got Johnny Mac to vote to evict Austin Matelson and since there were only two total votes, she had to cast a live tie breaker vote. Austin and his girlfriend Liz Nolan were visibly shocked by the blindside eviction. So, how will she go on in the house by herself? Is there a chance Liz self-evict now that Austin is gone from the Big Brother house?

Personally, I don't think that would ever happen. If anything, I feel like Austin's eviction compounded with the previous eviction of her twin sister Julia will probably motivate her to try harder in the game. I don't see why she would self-evict from the game when it is so close to being over. The jury house seems like a fun time and all, but I don't see why anyone would want to go there for a few more days when they can win a life-changing amount of money in the Big Brother house.

Liz is not just playing for herself. She is playing for her twin sister Julia. They mentioned plenty of times that they would share the money if either of them won, so Liz is not going to drop out and let her sister down. She is so close to the end and she would definitely regret it if she bailed.

Plus, she has two guaranteed jury votes if she makes it to the final two, no matter who she has standing next to her. And, Austin and Julia can work on the other jurors to persuade them to vote for Liz before she would officially have to make her case.

Liz has been a pretty solid player this whole time, there is no way she's going to let it all go just because Austin is out of the house. Liz is in it to win it, so don't underestimate her.