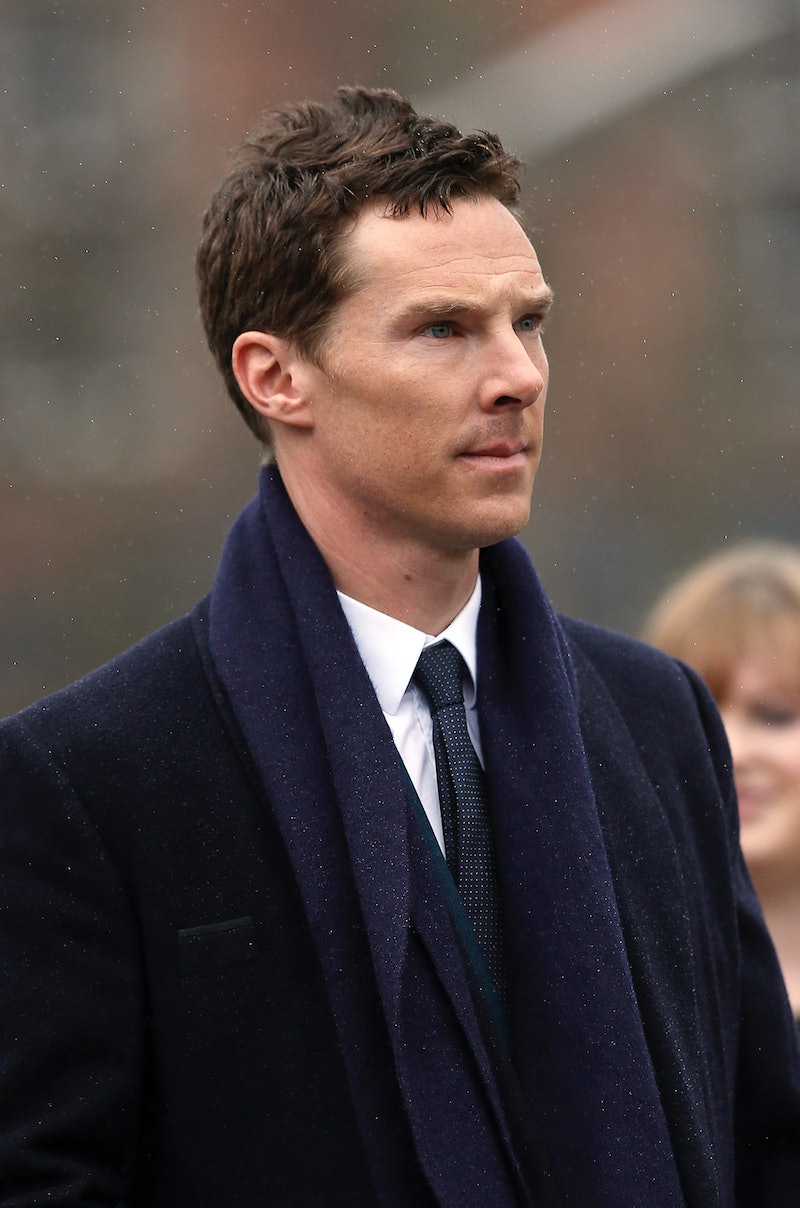 Benedict Cumberbatch might not be traditionally handsome — he has a slightly alien look about him, an otherworldly quality that is striking more than it is conventionally good-looking — yet his appearance has inspired legions of fans, the self-described "Cumberb*tches." But perhaps equally worthy of note is his voice, a baritone that completely morphs in intonation and inflection when he changes accents (as he's been required to do on more than one occasion). Most recently, Cumberbatch turns Bostonian for Black Mass , in which he plays gangster Whitey Bulger's brother Bill, a Massachusetts senator.

If the trailers are any indicator, the actor has nailed those squishy vowels and wonky 'r' sounds, and good thing. Cumberbatch himself noted the pressure on him to get that accent right, because Beantown residents will be looking for any holes in the façade. The Bulger brothers remain one of the more iconic urban legends in Boston history, and playing a real person adds its own set of challenges to an already tricky role. But it's by no means Cumberbatch's first foray into foreign territory — he's mastered a variety of regional accents (and regionless accents) for his roles on both sides of the pond. Check out his Black Mass accent in the trailer below, and here are a few more of his most memorable vocal performances.

Antebellum Louisiana For 12 Years A Slave

Cumberbatch plays the (relatively) benevolent plantation owner Ford in 12 Years A Slave. He purchases Chiwetel Ejiofor's Solomon Northup, not knowing his new slave is actually a kidnapped freedman from the northern states.

Cumberbatch's celebrated role in this Sherlock Holmes revival finds him with a sort of regionless posh British accent. He's clearly an educated man, but his voice doesn't betray his character's origins. His brother Mycroft has a similarly unspecific English accent.

All-American For The Whistleblower

Cumberbatch plays a corrupt peacekeeper in this film about a young U.N. official who uncovers a sex-trafficking conspiracy. His accent is the North American equivalent of that in Sherlock — a pretty northeast-centric idea of what "American" might sound like.

My high school drama teacher once told my class that, even if an actor can't put on an accent in speech, somehow it naturally comes to her in song. Basically, anyone can be a Little Orphan Annie when singing "It's A Hard-Knock Life." Benedict Cumberbatch puts this lesson to practice in August: Osage County, in which he channels an under-educated native Oklahoman through song. (His accent in speech isn't too shabby, either.)

MTV challenged the Imitation Game star to do 11 vocal impressions inside of a minute — the highlights include a side-splitting Matthew McConaughey and spot-on Alan Rickman, as well as Tom Hardy as Bane and... Taylor Swift?

The Vocal Tics of The Imitation Game

Cumberbatch channels the stammering, rapid-fire execution of Alan Turing in this biopic. He gets across the sense of a man whose brain is moving faster than his mouth, and who knows he's invariably the smartest person in the room, whatever room that may be.

Australian For The Fifth Estate

In this film, Cumberbatch plays WikiLeaks editor-in-chief Julian Assange, the Australian programmer who published a series of confidential government documents. The accent is subtle (and less subtle is Cumberbatch's vivid white-blonde hair for the role), but nevertheless hints at Assange's origins, though it's a bit less consistent than some of Cumberbatch's other voice work.

Back To American For Doctor Strange

Cumberbatch will play the titular character in the upcoming Marvel film Doctor Strange — a character whose comic history dictates that he's actually of Philadelphia origins, though his role as sorcerer supreme of the planet might usually be imagined as a British role. So often, those Brits are typecast as the mythological beings, aren't they? So it remains to be seen whether he'll adopt an American accent or stick with his native tongue for the film.

Black Mass might be the biggest stretch for Cumberbatch in terms of accent — the Bostonian tongue is notoriously difficult to master. But early appearances are that he's done it justice, just as he's put himself out there for a variety of accents in his past work. All that awaits now is to see where he takes it with Doctor Strange.