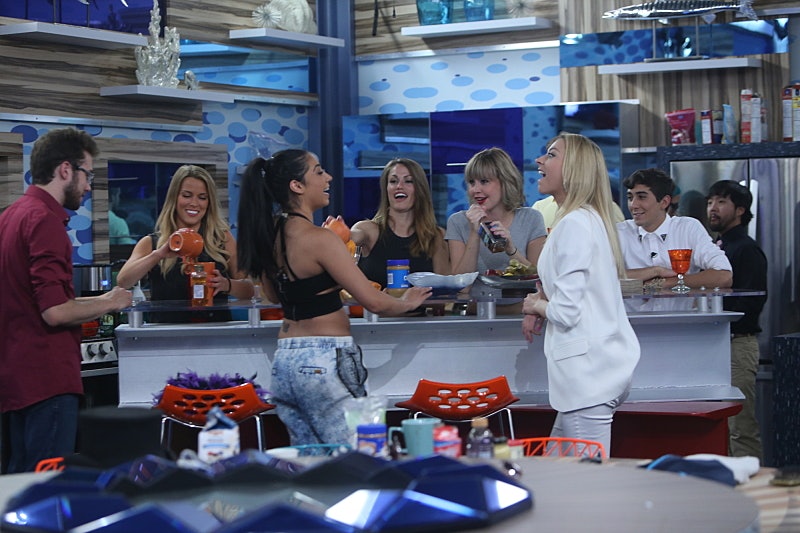 As Season 17 of Big Brother wraps up, there is only one thing on my mind (besides who will win the $500,000 grand prize, that is): Season 18 of Big Brother , of course! Because, as one season winds down, it’s only natural to start speculating about the next season — even though it’s a pretty far away. But yes, though we will have to wait until next summer to see any more of the Big Brother house after the Season 17 finale, that doesn't mean we can't venture a guess about what the new season will do differently. Like, for instance, should the BB Takeover be brought back for Season 18?

Remember the BB Takeover? I wouldn’t blame you if didn’t: It was that thing at the beginning of Season 17 that lasted all of a couple weeks before the producers cut the whole thing. But, basically it was a twist where, at any time, with the sound of a very annoying song, the rules could totally change in the house. The power could shift, the house dynamics could be thrown off, and the houseguests could be tasked with some really annoying obstacles that could wreck their entire game. Like — remember the Kathy Griffin phone booth where Da’Vonne won a teensy bit of power back after she was nominated for eviction? That was super exciting, right?

If you, like me, thought it was, then you might be one of the only ones. According to Julie Chen in an interview with Reality Blurred, the twist was cut because there was just too much going on in the show without it:

We had so much going on, it was better to focus on the pure game–because the game is genius–and the twin twist. You don’t want to give the viewers too much to balance out between, ‘Oh, the power of veto. Oh the double HOHs.’ There was enough going on. You have to clean up a little bit. Pure game.

But am I the only one who thinks that they made a mistake in cutting the BB Takeover? I loved the randomness of it, and the potential it had to completely shake up the game in unexpected ways. Think of the weeks where there have been surprise evictions or even double evictions this season: Those were the most exciting weeks in the game! Mainly because you didn’t know what was coming and you couldn’t predict the outcome. Imagine if the BB Takeover did that every week?

The problem with the BB Takeover as they had it was that it didn’t shake up the game enough. It added a nice theme to the weeks where it was still around, but it didn’t really cause any excitement or drama. All it really did was cause drudgery for the houseguests who had to have a dance party every few hours or had to perform as the Wackstreet Boys at any given time of night.

So even though CBS decided early on that the BB Takeover was taking over too much away from the Big Brother game, I think it’s definitely worth another shot in Season 18. As long as they do it right this time, by not overloading the game with other twists and changes in addition to the Takeover, I’m totally crossing my fingers that they bring it back.