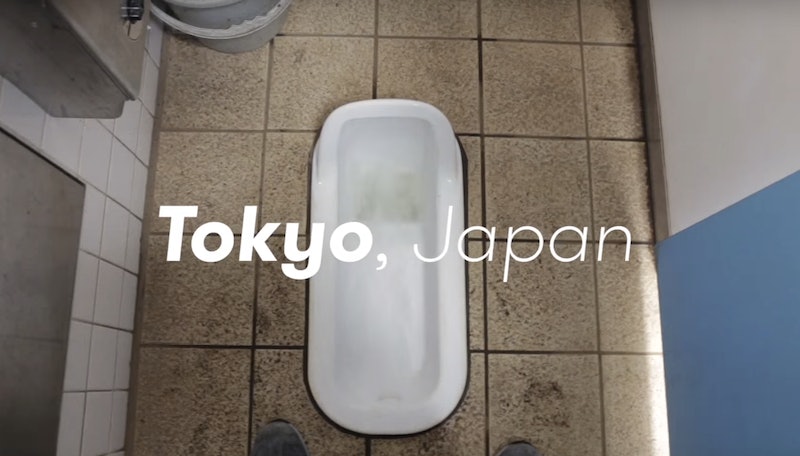 So, you can now watch a YouTube video that gives you a tiny peek into toilets all over the world. Like, someone went around filming public restrooms around the world and cut the footage together, which is actually an awesome idea. There are a lot of things we don't know about other countries, and something as small as what their toilets look like is worth knowing. (Recently, we took a peak into what a Japanese bathroom looks like and it was pretty rad, if I do say so.)

While, in theory, the idea here is great, and it's well-executed, I did have one tiny problem with it. It really felt like every toilet in a developed nation that was shown was pristine, but every toilet in a country that is still considered "developing" was dirty, or was filmed near trash. The idea in the video was presumably to show that developing nations don't always have the same facilities as countries like the United States, and that is a point well taken. However, it was presented in a heavily-skewed way that might lead viewers to believe that there are absolutely no nice toilets in New Dehli, India, or Bogota, Colombia, but every single toilet in the U.S. and western Europe is pristine. And, as someone who's peed in India, Paris, and the U.S., I think it's fair to point out that that's flatly untrue.

Regardless, it's still a hoot and the cultural differences (cleanliness, or lack thereof, aside), are fascinating.

And Here Are The Views In The United Arab Emirates

The Baño In Japan

I understand "baño" isn't quite the right language here, and apologies for that.

And, Finally, The Party Toilet In Germany

What's your favorite urinal? (Weren't you hoping someone would ask you that today?)