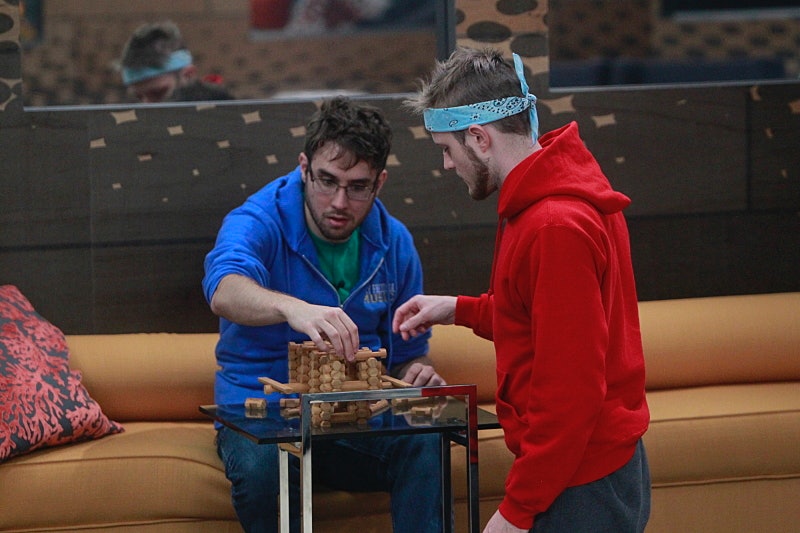 As the days in the Big Brother house wind down for all of the houseguests, it’s becoming more and more clear who will make it into the Big Brother 17 final two. As Head of Household this week, Steve is in an even better position to make it to the finale without facing eviction. Of course, there is still one more eviction to go — but, considering the way Steve can pull out a victory during challenges, I’m almost banking on him taking it all the way to the end. So, that has me wondering: If he makes it, which houseguest will Steve take with him to the Final Two?

I guess it all depends on who is evicted this week. With John and Liz on the block and Vanessa with sole voting power, it really could go either way. But, whether it’s Liz or John that makes it past this week, if Steve is in any power to decide who makes it to the Final Two with him, he’d be a fool to take anyone but Vanessa.

Why? Because it’s becoming increasingly clear that Vanessa doesn’t stand a chance at winning the jury vote. She’s pissed off way too many people: Shelli, Austin, Julia, Becky, Jackie... and those are just a few of the jury members who are pretty much guaranteed to vote for anyone other than Vanessa.

Even Austin said it during Tuesday night’s surprise eviction: There is no way for Vanessa to win at this point. She’s played the game too hard, and she’s gotten on the wrong side of too many people. This means Steve would be a fool if he chose to bring John or Liz into the Final Two over Vanessa.

Sure, sure, he has that whole alliance with Johnny Mac, which might be reason enough for him to consider bringing him into the Final Two — but Johnny Mac actually has friends in the jury. As a floater and unassuming guy, he’d secure a good number of votes to win the game. But, considering Vanessa can count on pretty much zero votes being cast her way, Steve should really only take her into the Final Two if he gets the chance.

And something tells me that John would understand if Steve played the game that way. But even if he didn’t, one vote against him isn’t anything compared to all of the votes Vanessa has accumulated against her.

For more on this season of Big Brother, check out Bustle's podcast The Diary Room. And remember, always expect the unexpected...