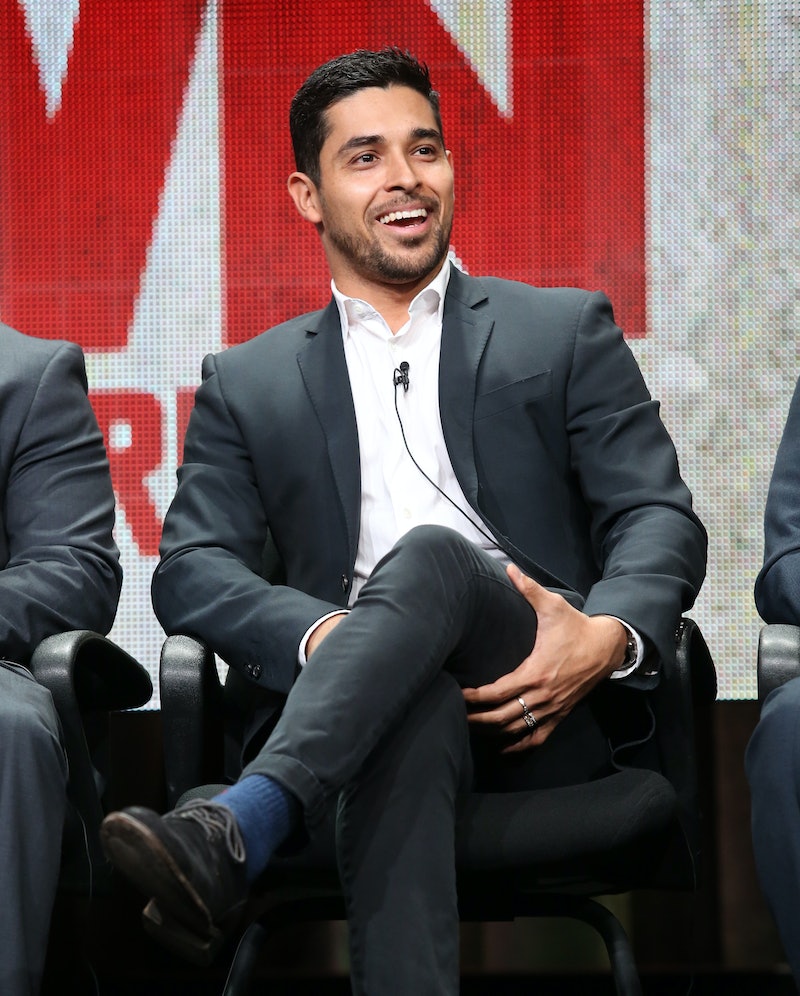 Have you ever thought it was a tad weird that all of the princes in fairy tales seem to have the same personality? And when I say "personality," I mean that they're all gorgeous, royal, and, above all else, "charming." According to Deadline, there's a new animated film that will poke fun at these generic princes in a genius way. And as Deadline reports, Wilmer Valderama will play Prince Charming in the upcoming animated musical Charming, in which iconic fairy tale princesses Cinderella, Snow White, and Sleeping Beauty learn that they are all engaged to the same "Prince Charming" — think The Other Woman, but with princesses. Charming himself will be voiced by From Dusk Till Dawn actor and That '70s Show alum, and that's only one awesome reason to get hyped for this ridiculously fun-sounding flick.

Though this sounds like a trope-busting Disney flick, it's actually not associated with Disney characters — so no worries about Charming wrecking the love stories of already-established prince and princess power couples. As Deadline reports, the animated film will be produced by 3QU Media, so expect a twist on the iconic prince, but one that keeps the same traits that made him so darn irresistible to all of those lovely princesses in the first place.

So why else should you be stoked that Charming is coming your way? Here are just a few things about it that make it an animated flick to get excited for.

1. It Stars A Hollywood Power Couple

Dilmer fans, start freaking out: Demi Lovato also stars in Charming, and there's a chance that she may play real-life boyfriend Valderrama's onscreen love interest. Lovato plays Lenore, the only one of the four female leads who isn't a recognizable princess — and she's exactly the person that this Prince Charming is going to fall for in the film.

2. It Brings Some Much-Needed Diversity To Animated Movies

Sad but true: animated movies can draw their characters with any features or as any race that they wish, but more often than not animated flicks tend to settle for "generically handsome white guys" as the film's heroes. That's why this role was so important to star Valderrama: he told Deadline that he has waited so long to see a Latin prince, and that he was "grateful to enlightened producer John Williams" for giving him the role as the first one.

Disney's famous love stories will always have a special place in my heart, even if I know that the whole princess thing can be pretty problematic. I'm just ready for something new, and a story about a prince who gets caught performing "true love's kiss" on all the available princesses in his zip code is pretty hilarious. It's basically an animated comedy for the rom-com lover in all of us.

4. The Music Won't Be Your Traditional Fairy Tale Fare

At least, that's what it seems like from the voice list. Snow White will be played by pop punk princess Avril Lavigne (yes, for real!) while Sleeping Beauty will be played by Chinese singer G.E.M. That's definitely one way to give the animated musical a super modern feel.

5. A Movie Musical Favorite Is Co-Starring

6. It Will Make You Laugh, Not Cry (Probably)

The last animated movie I saw was Inside Out, and I'm still weeping over it. Let's hope Charming plays up the story for laughs, not tears.

Because I'm not sure how much longer I can wait for another animated musical that turns tired tropes on its head.

So far no word on when we can expect Charming, but I'll definitely be checking out this unique fairy tale. Let's hope it's as fun as its name suggests.