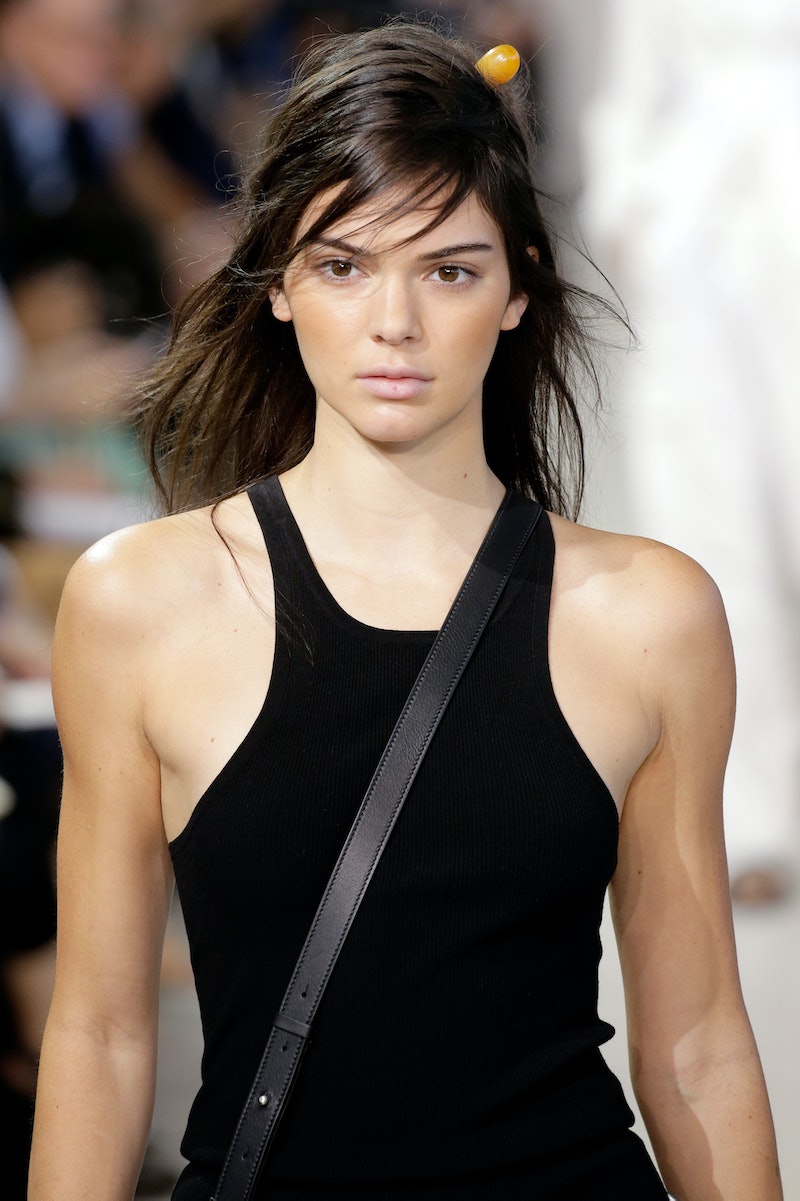 Kendall Jenner is arguably the most successful Kardashian-Jenner in the traditional sense, in my opinion. Sure, her status as a top model has been criticized as a result of her connections, and that may be partially true, but she's one heck of a model. Kendall Jenner closed Michael Kors with a smile at New York Fashion Week. Models cracking a smile on the runway isn't exactly common, but it's refreshing when ladies like GiGi Hadid — who walked at the Tommy Hilfiger show this week — are seen grinning. While runway shows are about the fashion and not about the model, I think it's seeing models express their happiness about their time on the catwalk is a testament to the designer and the garment they're wearing.

Jenner's modeling star has been steadily on the rise in the past couple of years. At the time of her first campaign with Forever 21, people were clearly skeptical of the model's chops. However it seems like the doubt surrounding her abilities slowly began to drift away. Since her first days of modeling, Jenner has fronted campaigns for the likes of Fendi, Calvin Klein, and Marc Jacobs. While each of these campaigns have received varying criticism, it hasn't slowed down her career. She's walked for Givenchy, Alexander Wang, and DVF. Basically, you can say what you want about how Jenner broke into modeling, but the truth is that she's stuck around, and I honestly doubt that the top designers of today would feel the need to include a reality television star in their shows simply for a bolster of fame that they don't actually need.

This week, Jenner closed out the Michael Kors way in a refreshing way, with a smile. The image is super cute, and the thing is that it in no way detracts from the gorgeous black garment she's wearing from the designer. Teen Vogue posted the adorable, candid snap of the model as the closed the show, and I love it!

This isn't the first time that Jenner has smiled and looked utterly charming while working her day job though. Some of her campaigns have showcased the model's gorgeous grin.

Kendall is looking perfect and candid.

I'd argue that this is definitely a sly smile.

Definitely more risque, but what a grin, right?

This duck face smile is an oldy but a goody.

Kendall's got the coy smile down pat!