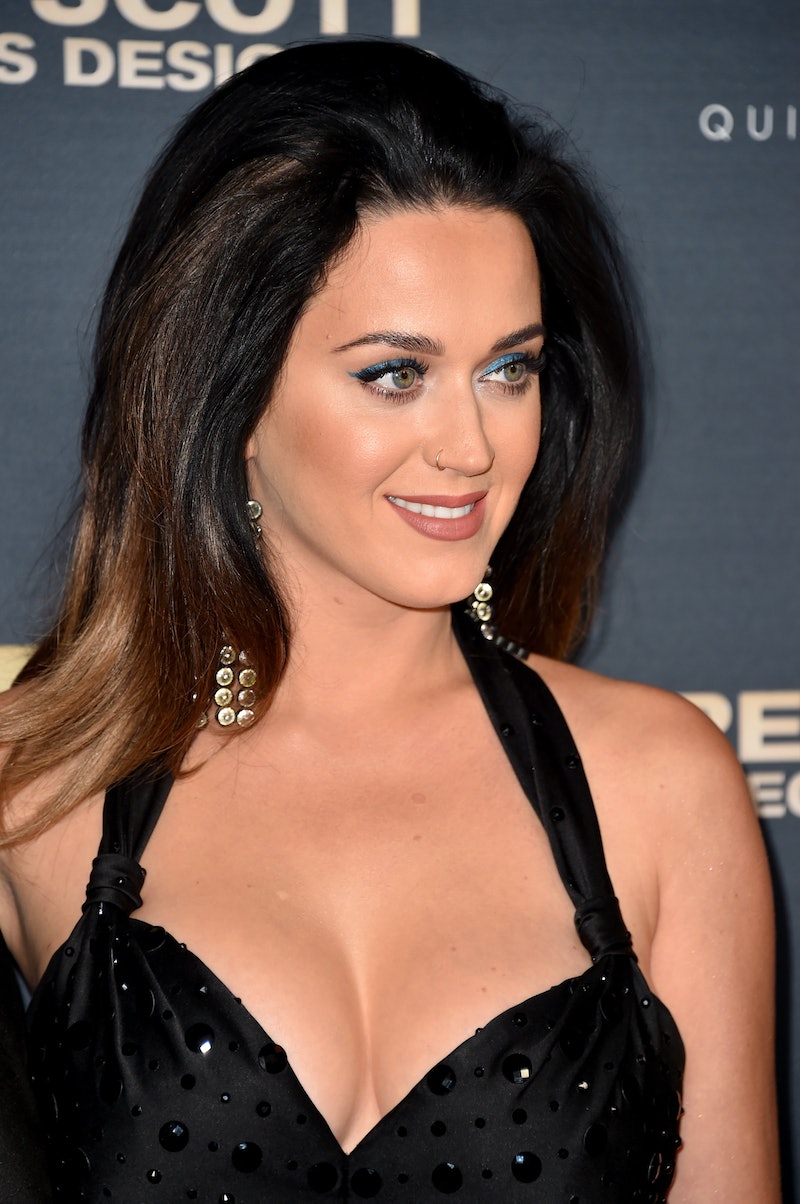 Jessica Rabbit of Who Framed Roger Rabbit? is quite an iconic cartoon character, thanks to her voluptuous frame, her eye-popping cleavage, her husky voice, and that flame red hair. At the Harper's Bazaar Icon event in NYC, singer Katy Perry rocked red wavy hair, effectively channelling the cartoon sexpot with her thick crop of auburn waves and her sparkly column dress.

Perry was on hand to perform at the event and to look fabulous because style.

Surprisingly, Perry, who is known for being busty, didn't show off much cleavage with this ensemble. She was covered up on the top, but she didn't disappoint when it came to sexiness and showing skin. The glittery, greenish gold gown had a serious slit, so Perry was happy to show some leg.

As for the red hair? That's a look Perry hasn't really pumped in the past. It was sorta... normal for her. She's been every color of the rainbow, favoring different variations of pink, blue, purple, and even green. So for her to go with a soft and some what average auburn is "new" turf for her.

No, she didn't opt for the red hot, va-va-va-voom route traveled by Jessica Rabbit with her hair color. But the cartoon inspo is definitely there. I looked at Perry and thought of J. Rabbit due to the thickness and lushness of her locks. Oh, and because of her figure and that slit, too.

OMG, you guys! It's Perry with a normal hair hue.

But she didn't disappoint or bore. That slit was everything.

See Perry being all flirty and coy.

Bombshells don't always have to be blonde.

I think it was prudent to cover up on top since she was going to be showing off quite a bit of leg. But the fit of the top of the dress feels a bit too loose. It would have enjoyed a little more oomph if it was taken in a tad at the bust.

In case you forgot how voluptuous Perry actually is, let's flashback to her mint green gown at the 2013 Grammys.

I hope you didn't get used to Perry with reddish hair. At the event after party, she was seen sporting a pink bob. The only coif constant is change with KP!