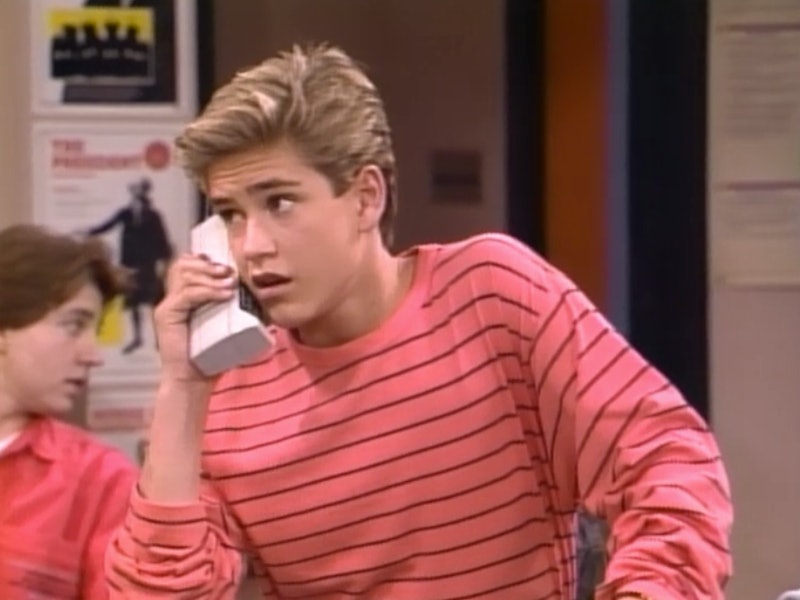 If it’s true that we are all products of our time, what does that mean for those of us who grew up in the '90s? Some parts of the decade were all that and a bag of chips, and other parts … weren’t. It was a strange, transitional time in many ways, and it’s sort of crazy to think about the difference between where we were in 1990 — when cell phones were just coming into widespread use and we thought video tapes were the height of technology — and 2000, when mobile phones and laptops were ubiquitous, the Internet had us all connected, and DVDs had taken over.

If you grew up in the '90s, the decade shaped who you are now, in ways minor and major, good and bad. One thing that putting this list together has driven home to me is just how much the perspectives of children differ from those of adults. There are many major events of the decade that I am aware of now that I am a grown-up (in age, if not maturity level), but that barely registered for me when they were actually happening; and there are, conversely, really trivial things about the '90s that seem to have become permanently branded on my brain. Events like the Persian Gulf War and the dissolution of the Soviet Union, for example, were not much more than blips on the radar for my childhood self, safe within my protected bubble of childhood, while Ross and Rachel breaking up seemed Extremely Important (EXTREMELY).

Some of the ways that the '90s shaped us are, of course, very serious, and others are very silly — but somehow they both continue to linger in how we see the world, the things we like and dislike, and the ways we understand our own histories. If you were a child, adolescent, or teen at the turn of the 20th century, these experiences may resonate:

1. An embarrassing amount of your mental capacity is devoted to Saved By The Bell, Boy Meets World, Friends, and the entire TGIF lineup.

With approximately 60 percent of your memory bank dedicated to the minutiae of Cory and Topanga’s on-and-off again romance, is it any wonder that you can’t ever remember what you ate for dinner last night?

Well, OK, that’s a lie. You do complain about slow Wi-Fi, but remembering how long it took to sign onto AOL back in the day makes you want to hug your current modem.

3. The O.J. Simpson trial introduced you to questions of race, spectacle, and celebrity.

Looking back, I still feel sort of baffled by the O.J. Simpson trial — or, rather, by the degree to which it overtook the entire nation. My middle school actually stopped classes on the day the verdict was announced so that we could watch the trial, and I’m sure it wasn’t the only one. Regardless of whether you think Simpson was guilty of murdering his ex-wife, Nicole Brown Simpson, and Ronald Goldman, the O.J. Simpson case — from the initial car chase to the nearly-year long trial — had an indelible effect on media, celebrity, and discussions of race. As Kent Babb wrote last year in The Washington Post,

In the years since, the lineage of so many cultural phenomena — the 24-hour news cycle, a never-ending stream of reality television shows and many Americans’ unquenchable thirst for celebrity gossip — can be traced to this nearly 16-month span.

4. Whenever you hear a One Direction song, you can’t help automatically thinking that ’NSYNC and the Backstreet Boys were better, and then you feel absolutely ancient.

I didn’t even LIKE '90s boy bands, and I still think they were clearly superior.

(OK, fine. That is a shameful lie. I may, in fact, know every single goddamn word to “Shape of My Heart,” and I may have the Backstreet Boy’s greatest hits album on my iPhone, but if you tell anyone, I WILL DENY IT.)

5. Every time someone mentions MTV, you get grouchy and say something like, “Shouldn’t ‘Music TV’ actually play music? In my day...”

It's the "Get off my lawn!" of the millennial generation.

6. The Bill Clinton/Monica Lewinsky scandal taught you a lot.

It taught you about what blowjobs are, and what kind of “evidence” they leave. It taught you that no one — not even the president (or, maybe, especially not the president) — is safe from having his or her private life exposed and ripped apart in the media (which seems particularly relevant now, in our age of massive phone and computer hacks). It taught you about slut shaming: You learned that when a powerful, older man has an affair, his approval ratings go up, and the 22-year-old intern he had an affair with gets labeled “That Woman” and is publicly shamed by an entire nation.

7. You’re still sort of in love with Troy Dyer, even though you know he’d be a TERRIBLE boyfriend.

8. You know that any angst can be fixed by listening to Alanis Morissette’s Jagged Little Pill .

9. Pedro Zamora deeply influenced the way you thought about HIV/AIDs and LGBT rights.

For a lot of adolescents and teens in the '90s, Pedro Zamora, a cast member on 1994’s Real World: San Francisco, was one of their first exposures to a gay person and to HIV/AIDs. The young AIDs educator gave a human face and personality to what may have formerly been abstract issues for a lot of young people. His death shortly after the show aired was heartbreaking, and shocking proof to many adolescents and teens of the realities of the AIDS crisis.

Those of us who were kids or teens in the '90s are the last generation who remember the days before the Information Superhighway took over the world. We may be quite Internet-savvy, but we weren’t born to it the way younger people were.

11. You will be forever terrified by ice skaters bearing grudges.

Remember that time an associate of Tonya Harding’s ex-husband clubbed Nancy Kerrigan on the knee on live television? For ice-skating obsessed little girls like me, that event seemed absolutely insane. Even now, the incident seems like some bizarre, violent soap opera come to life.

12. Some part of you thinks that these things constitute legit jewelry.

And you were heartbroken and outraged when they were banned from your school. You will never get over it. NEVER.

13. You still say “That’s way harsh, Tai” on a regular basis with absolutely no irony.

14. You’re embarrassed by how scared we all were about Y2K.

It seems really bizarre now, but people were legit freaking out in 1999 that the world was going to implode when the clocks struck “12” on New Year’s Day. It turns out that “partying like it’s 1999” looked like obsessively worrying about what would happen when the “99” year count switched over to “00.” Would all of the computers crash? Would they mistakenly release all the missiles destroy everything? Luckily, the Y2K transition went much more smoothly than people feared.