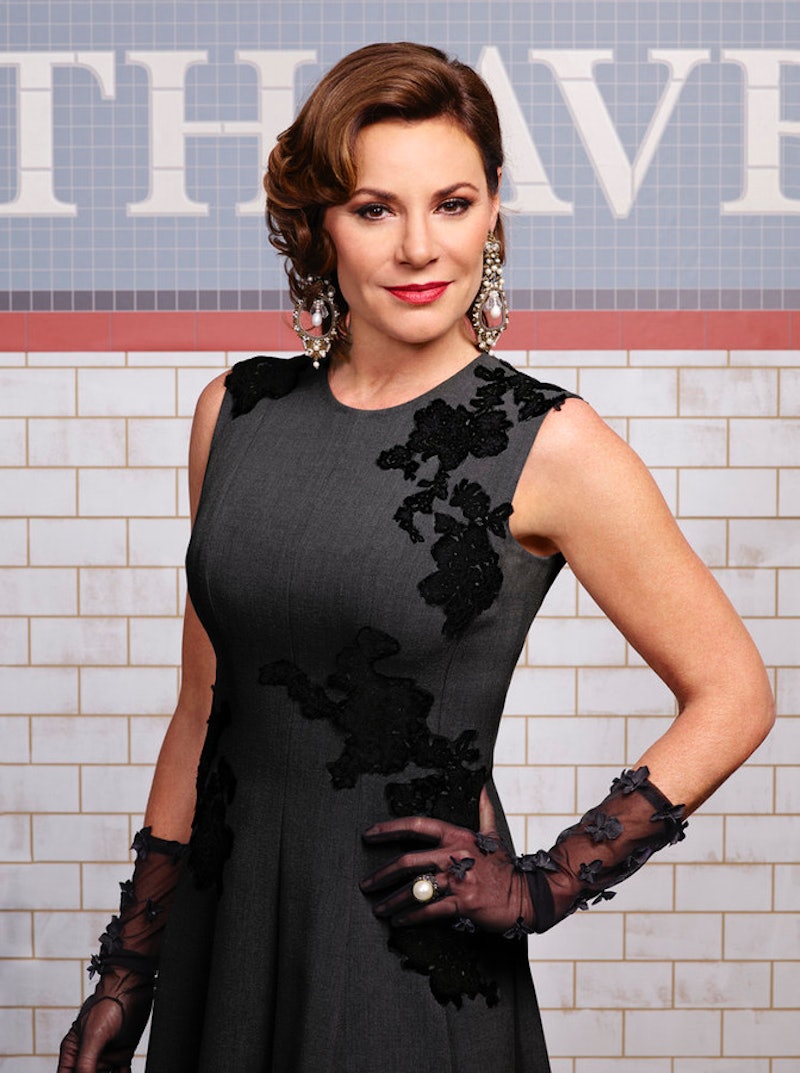 One of the most scandalous moments to ever happen on The Real Housewives of New York City is when it really looked like Luann de Lesseps hooked up with a Captain Jack Sparrow lookalike during the ladies' trip to St. Barths in Season 5 of the show. When it happened, there was a major cover-up from Luann, which was to no avail because she eventually blew her cover when she seemed to admit in French during what she thought was a private phone call that something had happened with Johnny Depp's doppelganger. Now this RHONY event that has been shrouded in mystery for seasons finally became a little clearer Thursday night when Luann finally revealed all during the RHONY 100th episode special.

Luann said that she had met this man when she and the other Housewives were out partying. He wanted to come back and see their fabulous house, so she brought him back. She eventually had to kick him out. Luann didn't really elaborate on what went on between them, so feel free to let your imagination run wild.

Heather Thomson then revealed to host Andy Cohen that Luann had knocked on her door at 3:30 in the morning begging her to follow along with her story that she met up with a group of her old Italian friends that night and she was hanging out with them. Luann wanted to keep this story hush-hush among the other ladies and the camera crew. Heather said she wasn't going to say anything, but she wasn't going to lie either.

So Luann carried on with this story. That is, until one of her castmates found out from the driver that she had brought this scurvy sea dog home with her. Luann wouldn't reveal who that was, but that cast member then invited the man over for dinner that night to catch Luann in the act, according to her. All of this is one of the reasons why Luann was so upset over Heather and Carole Radziwill breaking the Girl Code when they barged into her room during the RHONY trip to Turks and Caicos this past season. She feared that they were trying to expose her as she had been in St. Barths.

After all of this went down, Luann immediately called her boyfriend Jacques to tell him what happened. The worst part is that he made her watch the episode with him when it aired. Ugh, talk about cruel and unusual punishment. Luann said this wasn't the ultimate nail in the coffin for their relationship, but it certainly didn't help. Given the fact that Luann looked super-guilty during that whole episode, I can definitely see why.