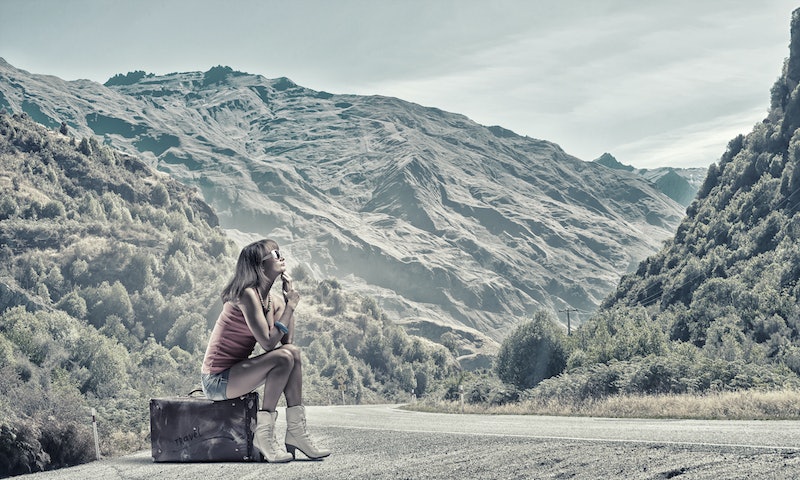 I still want to be a world traveler when I grow up — you know, the cultured, tanned chick who is impossibly fresh-looking after a 12-hour flight across hemispheres and can speak three or more languages. As a teenager, I would just talk people's ears off about all the places I was going to visit as soon as I was legal, only to realize years later that I sounded like a fool mispronouncing the majority of them. Note to self: The first step to sounding like you travel a lot is by pronouncing cities and countries correctly.

Plus, it gives you an automatic in with the locals if you show up at the airport with a smile on your face, properly and respectfully enunciating the name of their hometown. They'll probably point you in the direction of the nearest, cheapest pub and tell you which burger is the best. God bless those home-loving locals.

You'd be surprised at how some of the most common places are verbally butchered on a regular basis (I mostly blame Hollywood for leading us on with the pronunciation of Grand Budapest Hotel), so if you have travel plans coming up anytime soon, do a little research to make sure you know what's coming out of your mouth when your mom asks you where you're going.

The Aussies get a real kick out of hearing us overpronounce our vowels, but I used to always tell them it's not our fault that they spelled the name of the city wrong.

Not that saying this one makes you feel like an accomplished world traveler, but you can't help but giggle a little when it rolls off the tongue.

Boy, oh boy, do those French Canadians take it personally when you butcher their beloved city; cue the scowl and brief scolding.

Any non-Icelandic person who nailed this on the first try deserves a nice, long holiday — or at least a hug.

I felt like a real idiot after being corrected on this one, especially after I kept telling friends and random people in line for a coffee that they simply must see Ralph Fiennes and Adrien Brody in Grand Budapest Hotel .

I suppose for the condiment you can adopt any pronunciation you want? Still haven't figured that one out.

I would hate to be the one to break it to Lafayette on HBO's True Blood that he's been introducing himself all wrong.

Aw, but the first one sounds so much more sophisticated!

I have a feeling, though, that if you corrected someone at a dinner party when they said they just returned from Dubai on business, you would come off as a real jerk.

I think we all deserve a pass on this one, considering the fact that there is no word in the English language where the "g" sounds like a "z."

It's all about opening up the mouth to emit the longer "ah" sound instead of the wide vowel. I have a feeling most of us get this one wrong, though.