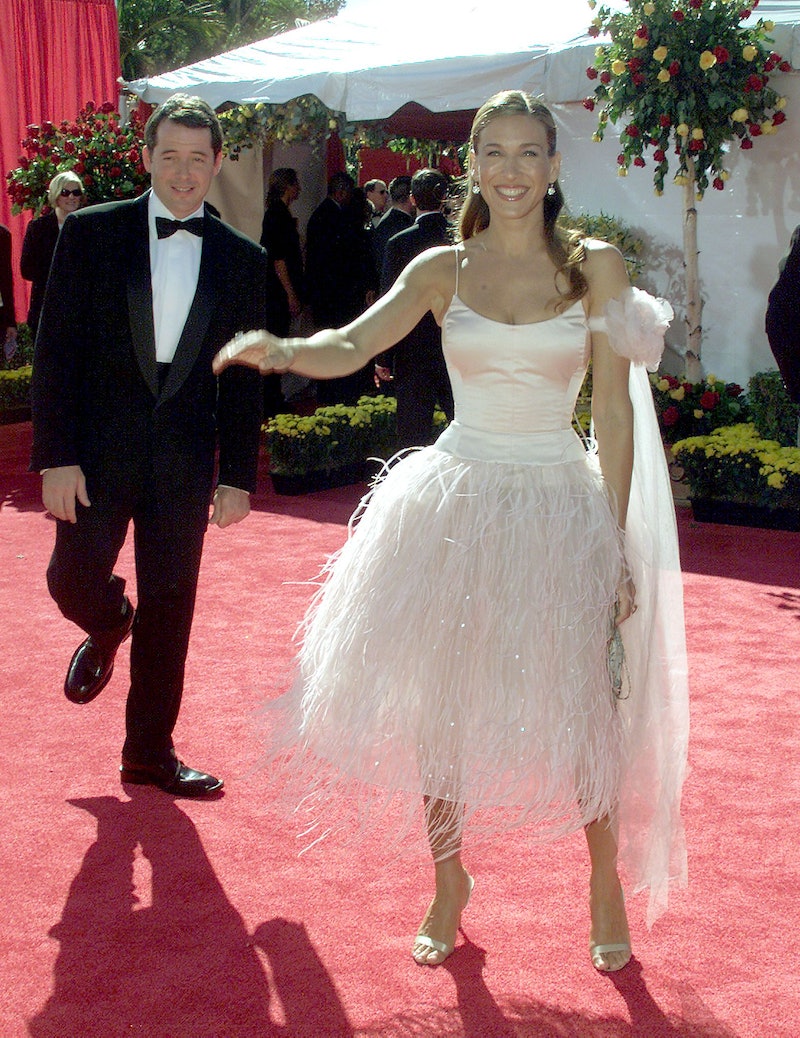 We seriously can't get enough of her fashion choices in and out of character, but Sarah Jessica Parker's pink Emmy dress at the 2000 awards show was peak Carrie Bradshaw. The minute she stepped foot on the red carpet wearing a frothy pink gown, fans of the show knew that SJP was channeling her Sex and the City alter ego. Anyone else wearing the number would have looked like a ballerina princess — in a good way — but the Emmy Award-winning actress totally nailed her homage to Carrie's signature tutu from SATC's title sequence.

It was no coincidence that the late Oscar de la Renta designed Parker's pink dress at the Emmys. The designer was a personal friend of the actress and a frequent collaborator. He was often mentioned on Sex and the City, including the season six episode when Aleksandr Petrovsky surprised Carrie with a pink Oscar de la Renta dress to wear to the ballet. Her character described that frock as "pure poetry," but Parker's de la Renta gown was just as magical and breathtaking. The satin bodice flowed into a delicate feathered skirt, which ended just below the knee. Parker even accessorized her look in classic Carrie B. fashion by wearing a pink tulle flower with a long train.

Her Oscar de la Renta gown is like the couture version of Carrie's iconic SATC look.

Over the years, Parker's Emmy red carpet appearances have also been reminiscent of other Carrie Bradshaw outfits.

Her 2003 Emmys evening gown was similar to Carrie's white dress during her second breakup with Aidan ("Change of a Dress," S4, Ep. 15).

Parker at the 2004 Emmys wore a black dress with a sheer and flowy skirt, much like the one Carrie wore to the wedding when she read a poem for the newlyweds ("The Chicken Dance," S2, Ep. 7).