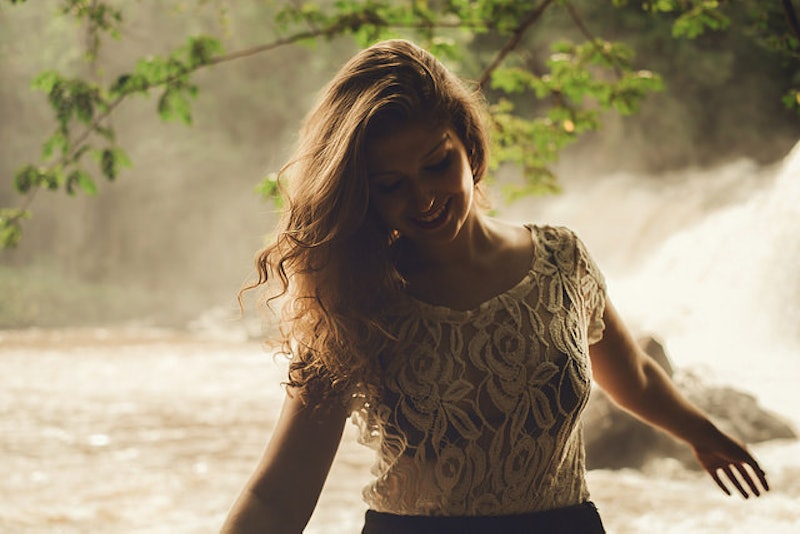 Some cool and unexpected things happened when I was single for the first time after a six year relationship — which felt like I was single for the first time ever. I’d been out of the world of single people for so long that I had no idea how it worked. That wasn’t particularly cool, but I found out there were some real perks to the whole thing. First off, I had been in a relationship with someone who turned out to be a wildly incompatible match for me, and when we finally broke it off, I felt a huge sense of lightness. It was as though the world had gone on being the way it was, and now I had a chance to catch up with it.

Those first few months of singledom were filled with frequent surprises. I was constantly finding out that long-held beliefs I’d had were actually not true, and I tapped into a reserve of strength and energy that I didn’t know I had. Don’t get me wrong: Being single after a long relationship is no walk in the park. But we all know the painful things that happen when you’re single again, and I think it’s worth remembering that there’s a silver lining in just about everything. As such, here are seven unexpected and rather awesome things about being single for the first time in forever.

1. You Listen To Whatever Music You Want

Whenever you want, at any volume. My ex hated Drake, so I only listened to such hits as “Come Thru” when he was at work. Those times, my friend, are over. You can blast whatever the F you want at any time of the night or day (well, unless you have roommates), and you’ll be better for it. The best sonic times of your life are en route. Get excited.

2. You Enter The Dating Pool

My two cents: Not right away. God knows I tried, but it didn’t work out very well for me. There’s nothing wrong with a few halfhearted Tinder swipes in the beginning, I suppose, but all that kind of thing did for me was provide a bit of temporary distraction. I soon gave up on all that and focused on myself for a good, solid six months before I started dipping my toe in the dating pool. Believe me: It’ll be there, and when you’re ready for it, you’ll enjoy it a lot more. And when you do, you’ll (re)discover it’s fun.

After my last relationship ended, I moved back to my native New York. I reconnected with lots of old friends, but I also made a ton of new ones. I made new friends when I was in a relationship too, but not as many as I did in that sparkly time period. And when you make friends with other single people, you quickly find a posse that wants to hit the town, which makes for a very fun social life.

4. You Get The Whole Bed

You might find that you sleep better single. This isn’t the case for everyone, but sometimes you just want the whole bed. You want to have a midnight snack, roll around in the crumbs, and pass out without a butt in your face. Amirite?

5. You Feel A Sense Of Relief

Not all the time, and not always — this isn’t a guarantee — but if you were in a relationship (and another before that, and another before that, and on and on) that wasn’t working out, and now it’s over, there’s a good chance that you’ll be infused with a sense of relief and even gratitude from time to time. Thankful that you’re not fighting with your ex anymore, that you don’t have to try to be someone you’re not, you might find yourself secretly, quietly grateful at surprising moments: When you wake up, when you’re walking down the street and the sun hits at just the right angle. Hold tight to these moments; there are more to come.

6. You Discover New Things About Yourself

It turns out that I am not the same person I was in my last relationship. I don’t know if I could even pinpoint what exactly I discovered about myself down to the last detail, but I will say that I found that I am stronger and more resilient than I ever imagined. As Rick Ross says, “Regardless of how it goes down, life goes on.” Preach.

The person you were with wasn’t the one you were meant to be with, ultimately. But the next one you meet might be. I’m a hopeless romantic, if you haven’t guessed already, but I believe this deeply. If my last relationship hadn’t ended — and I hadn’t taken the time to work on myself, heal and grow — I never would’ve met someone new. And I never could’ve guessed when that would happen. I just had to remain open and go out into each day. That, in and of itself, is pretty cool.