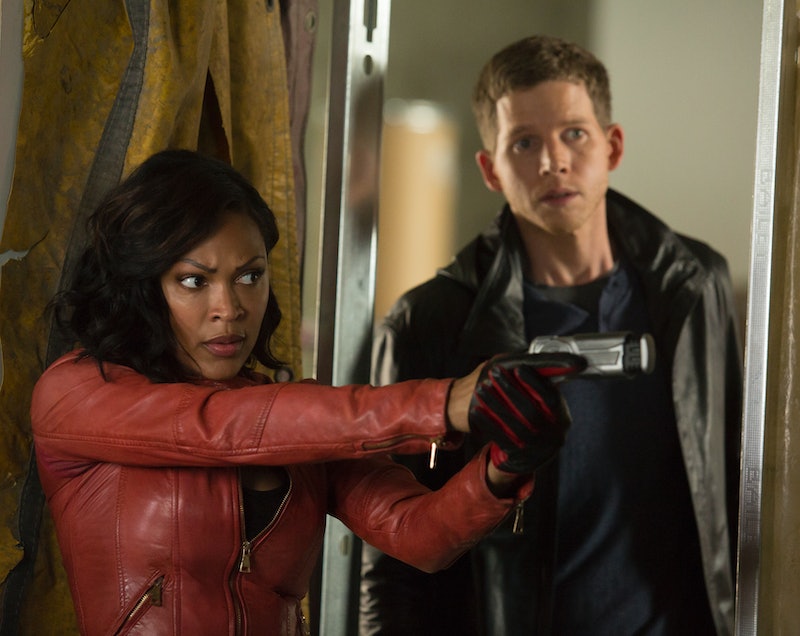 Tom Cruise's absence isn't the only difference in the new FOX series Minority Report. The show takes place a decade after the events of the film. The Precrime Division has ended and murder is once again solved after the crime has already been committed, and the Precogs from the film are now all grown up. After the abolishment of their program, Agatha and the twins Arthur and Dash were sent to live on an island secluded from the rest of the world for their own safety. But, once they grew up, they embarked on their own journeys. In the premiere, we learn Dash continues to try and save lives through the half-complete visions he receives. Though without names or vital information needed to catch the killers before they strike, he continually fails. So, why did Precrime end in the Minority Report movie in the first place?

For those unfamiliar with the story (or those who have just forgotten), Precrime was abolished after corruption inside the program was revealed. The head of the division, Burgess, murdered precog Agatha's drug-addict mother Ann Lively after she cleaned herself up and attempted to take back Agatha as her own. He covered up the murder from the precogs and then attempted to frame Cruise's character John Anderton as a killer so he wouldn't discover the truth. Along with this corruption, Anderton also discovered a fatal flaw inside the Precrime program: Once people are made aware of their actions, they have free will to change them. Thus if they had not yet committed the murder but knew they would do it, they could potentially change their actions to save themselves and their victims. Those people would not deserve to be locked away as murderers, but Precrime didn't let people make these decisions.

When that knowledge was eventually discovered, the program was shut down and those who had already been arrested were set free but put under surveillance. The TV series explains that many of the people who were pardoned were taken to a rehabilitation facility, but unfortunately many suffered brain damage from the treatment. But, the new soon-to-be Mayor Peter Van Eyck has a solution to all of those murders that Detective Vega and her police team have to solve after the fact. The series premiere introduces the idea of Hawk-Eye, a new police program that will monitor suspicious criminal behavior through surveillance.

But, there is another huge problem with this program as well: It could turn the futuristic Washington D.C. into a policed, Big Brother state. With the law enforcement watching a person's every move, anyone could become a target without actually doing anything wrong. The country ends up with the same problem discovered with the Precrime program: If someone is arrested before actually doing anything wrong, how is that just?

Plus, with Dash seemingly teaming up with Vega, there's a chance he may be pressured to start his own version of Precrime to help the police department once again solve murders without them having even occurred. Then, he'll be right back where he started.

If the series plays their cards right, this could be a hugely crucial, relevant and fascinating issue to tackle. Let's hope Minority Report doesn't turn into just another police procedural, but instead, like the film, will actually have something important to say about our society today.