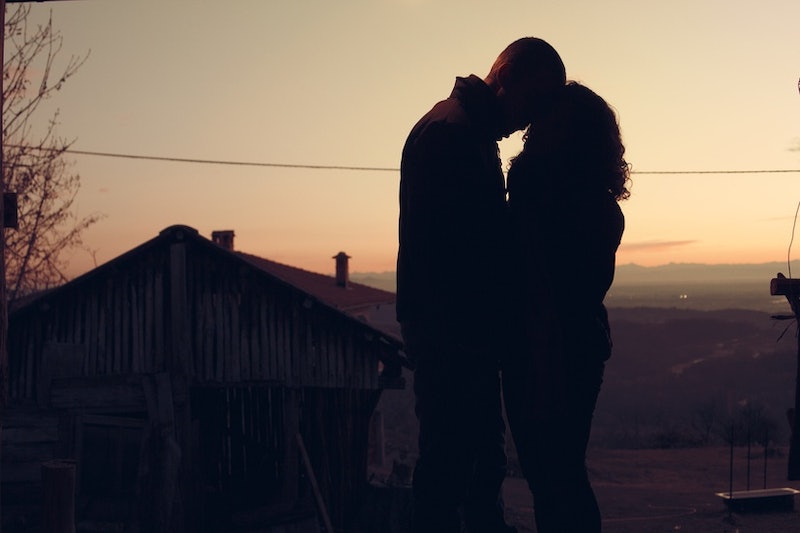 Of all the issues couples face, age differences in relationships is one that you really shouldn't worry about. Older or younger — it shouldn't make a big difference and can even be a benefit. Everyone is going to have their own preferences when it comes to the age of their parter, obviously, but I highly recommend dating someone who's a bit older than you. Nearly everyone I've dated has had at least few years on me. And it works. Although to be honest the older you get the less the gap seems to matter, there is still something really fun about dating someone who's a bit further along. I mean, at the very least they are normally better than cooking than I am. It's how I learned you shouldn't make scrambled eggs in the microwave (and you really, really shouldn't).

Paula Hall, a relationship psychotherapist, told the BBC that there are other non-breakfast related definite benefits, like "older partners have more life experiences which the younger partner can learn from, she said, while the younger partner can bring a new outlook." And if you need any more proof— there's a 12-year age gap between Jay-Z and Beyoncé . Do you want to Beyoncé? Of course you do. So listen to me. Here are five reasons to date someone a bit older:

Someone's who's a bit older has (hopefully) gained some maturity all the way. And usually that means a bit of perspective. You know all those things you completely and embarrassingly over-reacted to at 15? Well, you probably do the same things now in a way that will make you shake your head in 10 years. It's natural. But it's nice to have someone who's been around a little longer and can show you not to sweat the small stuff.

How does one... tax? Or pay their water bill? Set up a futon? If they've been around a little longer chances are they've had to tackle these obstacles a few times and can help show you the way. Adult-ing is the hardest thing ever, so having someone to show you the ropes isn't a bad thing.

It comes at a different point for everyone, but most people get sick of having sex that isn't enjoyable at some point and start being shameless about what they want. It means better sex for both of you, because you can stop being so precious and sensitive about what you're doing in bed and more focus on both of you actually having a great time.

4. Only One Of You Is Quarter Life Crisis-ing At A Time

The good thing about one of you being older is that (maybe) they've gotten their sh*t together a little more than you. There can be something nice about both of you being like "WHAT AM I DOING? OH, YOU DON'T KNOW EITHER OK GOOD!", but someone who's a more settled can keep you grounded. We'll all make it through our 20s somehow, but if they've already done it it's a good reminder it'll all be fine.

5. Age Ain't Nothing But A Number

The truth is, it depends on the person. The above reasons may be true for most people, but that doesn't necessarily mean it's the case for your significant other. Age is nothing but a number (a number that represents how close you are to death). But really, people grow and mature at different rates. Even though someone's 10 years older they may actually be a similar age emotionally, or just in a similar place in their lives. See how it feels, and don't stress about birthdays a few years apart.