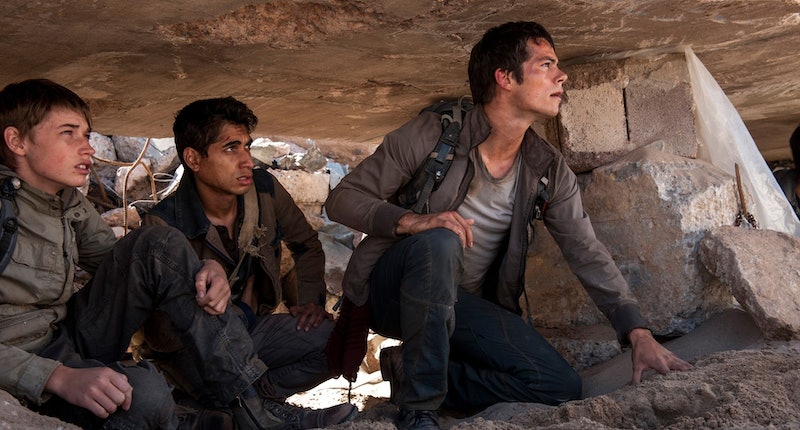 I used to be an optimistic person, but post-apocalyptic movies like Maze Runner: The Scorch Trials have got me dreading the future. Sure, there are cool, Steampunk-looking outfits, fascinating love triangles, and fierce, feminist characters, but those pros come with the cons of death and destruction and oppressive governmental forces. In the future, there’s also, apparently, the Flare — a mysterious sickness that plays a significant role in the second Maze Runner novel and its film adaptation. But what exactly is the Flare, how can you catch it, and what does it do to you? I warn you, none of this is pretty.

At the conclusion of the first Maze Runner movie, the surviving Gladers are airlifted out the maze to be moved onto “Phase 2” of the experiment that put them there. They’re told that they are immune the Flare, a sort of global plague that’s been caused by a catastrophic solar event. But the sun is supposed to be good for humanity, right? (In small doses, at least. Apply that SPF liberally, kids!) Few reversals are scarier than that of your own environment turning against you. In The Scorch Trials, the maze-dwellers finally have the chance to see what the Flare has done to the outside world, and learn some terrifying things about their role in W.C.K.D.’s defense strategy. Here are six things you need to know about the Flare to have even a hope of survival.

As a part of the film's promotional efforts, 20th Century Fox uploaded this misleadingly cutesy informational video about the Flare sickness. The tone gets progressively darker as these poor cartoon humans are exposed; even animated Cranks are creepy!

This is no laughing matter, Scorch Trials marketing team!

3. There Are Symptoms To Look Out For

Once infected with the Flare, a human is already on his way to becoming a "Crank." Cranks are zombie-like creatures who've lost all sense of identity and sanity. W.C.K.D. warns that all infections be reported immediately to shield healthy citizens from Cranks and so that a cure can be developed.

5. And They Can Infect Healthy People

In the book, the virus was airborn. But in the movie, the sickness is transferred via contact with Cranks. Avoid them at all costs!

It's no spoiler to point out that W.C.K.D. is a secretive, tyrannical organization who only benefits from keeping the truth from the public. They claim to have humanity's best interests at heart regarding the Flare outbreak, but they may be keeping the shocking true source of the illness a secret. Maybe. Or maybe I'm unfairly lumping them in with every other Big Brother entity in dystopic Young Adult fiction. But it would probably be safer not to trust them anyway.

The maze was just the beginning, friends. The Flare is an even bigger danger.