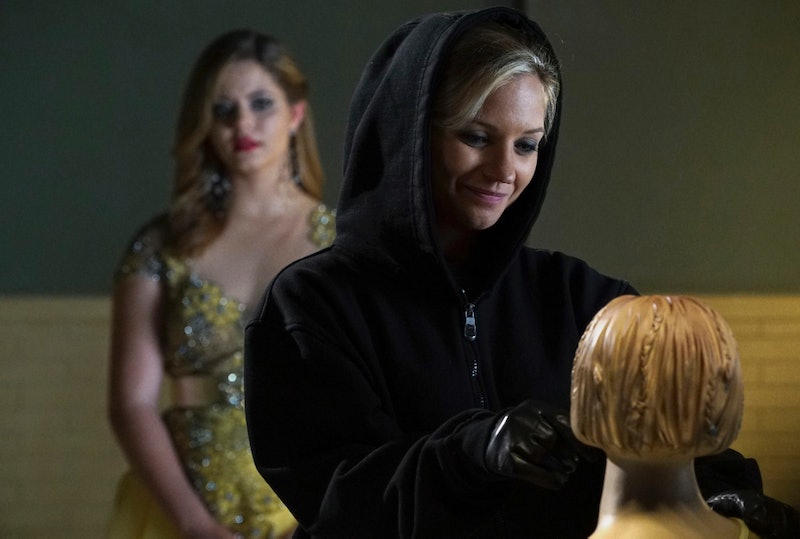 There have been plenty of villains on Pretty Little Liars , from redeemable ones like Original A Mona to the not-so-redeemable ones like Maya's (now dead) murderer Nate. We may have seen plenty of nefarious foes breeze into Rosewood, but it wasn't until Season 6 that Pretty Little Liars finally revealed the identity of the show's most sought-after villain. The Season 6A finale revealed that Cece was both Charles DiLaurentis and Big A, and to say that the unmasking was shocking would be an understatement. Not only did it reveal that Cece was the person working against the Liars this entire time, but it also revealed that she was Ali's big sister who was born as the mysterious Charles. Cece had us fooled this entire time — and that's only a part of the reason why she made an awesome A.

Not everyone was thrilled with Cece's Big A reveal (especially all of us who were convinced that Wren was hiding behind the black hoodie) but now that the dust has settled, I think it's time that we give Cece all the credit she deserves. Cece may not have been the A some people wanted, but she was the villain the show needed to reveal.

Here's why Cece was an awesome A after all:

1. She Made All Of The Twin Weirdness Make Sense

In the original Pretty Little Liars books, Ali has a twin named Courtney, and it's Ali who kills Courtney out of jealousy. The show has peppered plenty of "twin" hints around the series, even though the creators have said that Ali doesn't actually have a twin. Ali may not have a literal "twin," but Cece is her older sister and looks and acts a whole lot like Ali herself. Had anyone else been A, all of those times we were "seeing double" with Red Coat and the Ali mask would have been nothing more than red herrings — no one else fits the bill quite like Cece.

2. She Was Able To Hide In Plain Sight This Entire Time

Here's the most mind-blowing part about Cece being A: the show revealed her in the most obvious ways, and no one thought anything of it! Not only did we see Cece wearing the black hoodie and spying on Ezra and Aria, we also saw a girl with Cece-like blonde hair attack Mona in her own living room. How we didn't immediately point the finger at Cece just proves she's a master manipulator.

There's a reason why Mona was the perfect Original A: she could cut you down with just one seriously snarky metaphor. Cece was the only person (outside of Ali, of course) that could give Mona a run for her money. Those A texts don't write themselves!

Look, Cece did some truly messed up stuff. I mean, heck, her tamer A things included nearly sawing Emily in half! (Because, like, did she die?!?) Her dollhouse was the stuff of absolute nightmares, but she wasn't a pure villain: at the end of the day, Cece was a pretty messed up human being who got that way because her mom and dad were aggressively terrible at being parents. As Mona said, A had a soul — albeit a tortured one that lashed out in horrific ways.

Cece may not have been the Big A most of us were expecting, but at the end of the day, Cece's story was just too poetic not to play out. (Sorry, Wren: you can still be our beach hottie!)