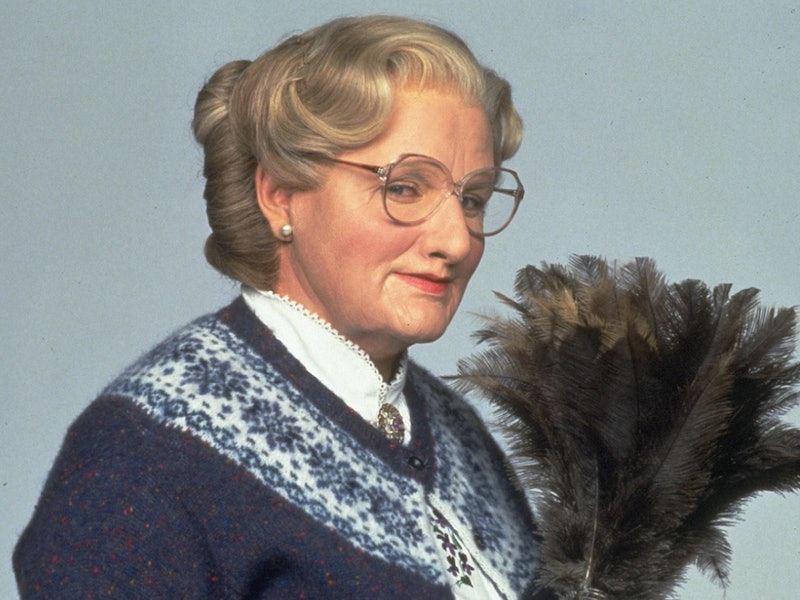 Fall is officially here. The leaves are changing, Starbucks is selling pumpkin spice lattes, and people everywhere are throwing on sweaters and settling onto their couches because it's too cold and depressing to venture outside. But fall doesn't have to be so bleak, especially if you subscribe to one of HBO's streaming services like HBO Now or HBO GO. The premium network has a ton of quality cinema offerings heading your way for October, including a healthy amount of spooky treats to get you into the Halloween spirit. So, what's good on HBO Now in October?

Happily, lots of stuff! As usual, the network is keeping Netflix on its toes by offering a ridiculously good mix of movies that have something for everyone. There are new releases, '90s guilty pleasures, Oscar-winners, classic comedies, mega-blockbusters, and indie darlings. As if that weren't enough, which it totally would be, HBO Now is also offering up a bunch of horror movies to its lineup for everyone's favorite October holiday (sorry, Columbus Day). Whether you prefer supernatural hauntings, grisly murderers, female werewolves, or creepy kids, you're likely to find something to tickle your scary bone (is that a thing?) this month.

The Best Picture nominee starring Bradley Cooper dominated the box office, becoming the highest-grossing film released last year and the top-grossing war movie of all time. Now online, you can once again see what all the fuss was about regarding that baby.

Reviews and domestic box office take were both weaker than expected for this sleek and pretty crime film, but the magnetism of stars Will Smith and Margot Robbie should be enough to warrant a viewing.

Jason Bateman as a foul-mouthed adult competing in a child's spelling bee? I'm in.

America's sweetheart Sandra Bullock was just as charming 14 years ago when she starred in this dramedy about a woman who enters a rehab facility to treat her alcoholism.

Widely considered one of the greatest comedies of all time, the Mel Brooks classic is just as funny now as it was over 40 years ago when it was released.

I'll let you in on a secret: Leonardo DiCaprio doesn't make bad movies (well, usually not). Blood Diamond is one of his best, and it earned him an Oscar nomination, along with one for co-star Djimon Hounsou.

Nobody does smart, black comedy better than the Coen Brothers, and this film's ridiculously good cast and performances really put it near the top of their impressive catalog.

Another critically-acclaimed quirky comedy with an outstanding cast, this film is also noteworthy for thrusting Abigail Breslin into superstardom. The then-10-year-old actress earned an Oscar nomination for her role.

I feel I owe a debt of gratitude to this movie because it, along with the assorted works of Wes Anderson, kept national treasure Bill Murray in the spotlight as he entered his fifties and allowed him to earn him the respect and acclaim that he had always deserved but never attained. Also, it's just a plain old great movie.

'90s kids unite! The late Robin Williams reinvented himself as a family-friendly comedian that decade with a number of blockbusters, but the biggest and funniest was Mrs. Doubtfire. I dare you to find someone who didn't love this movie.

Shrek flipped the script on both fairy tales and how funny a kids movie could be to adults when it debuted in 2001, and the franchise it spawned remains the most successful of any animated film by far.

Let the horror begin! Last year's follow-up to the inventive 2013 film in which all crime is legal for one day out of the year sees yet another purge, and guess what? Things don't go so well.

Nothing says "Halloween" quite like a haunted house, and you've got two hauntings to choose from in this 1999 scarefest and its sequel.

Considered a modern horror classic, this film flew under the radar thanks to its lack of a theatrical release, but has since gone on to achieve cult status. Easily one of the best Halloween-set films ever, you'll want to turn the lights down low and bust out the Reese's peanut butter cups for this mandatory holiday viewing.

As usual, HBO Now and HBO GO are offering plenty to watch so you can avoid leaving your home for the month of October. I only hope they have similar offerings for November because it's only going to get colder out there.