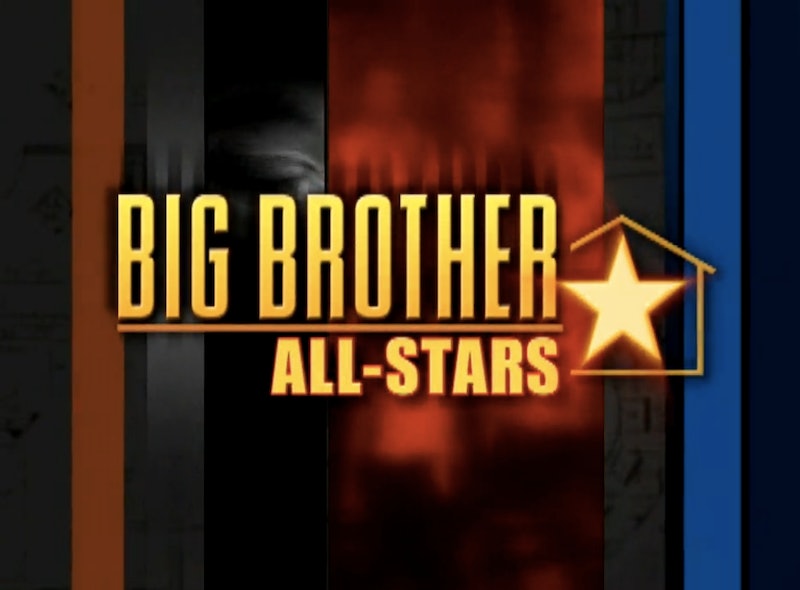 Big Brother 17 has just one more episode left, and hardcore fans are already eagerly anticipating the next season. Technically, we're only about nine months away from the next summer premiere, but it's not too early to speculate and predict what twists to expect in Big Brother 18 . After a season that had strong ratings all summer long and caused many heated debates amongst fans and former houseguests alike, CBS might make next season even bigger and better. So, the question fans are contemplating is, will Big Brother 18 be an All-Stars season?

The first and only Big Brother All-Stars season was way back in Season 7, which aired in 2006. For that season, 20 former houseguests campaigned to re-enter the Big Brother house for one more shot at $500,000, and 16 were chosen by the fans and producers. BB legends and fan faves like Season 3's Danielle, Season 6's Janelle and Kaysar, and Season 4's Erika were back in action, with Mike "Boogie" taking home the grand prize on his second go-around.

Although Season 7 was the only true All-Stars season, other seasons have combined former players with new houseguests, with mixed results in terms of fan reception and ratings.

Season 11 gave four former houseguests a shot at re-entering the game and Jessie, aka Mr. Pectacular, won that spot. Just two seasons later, three "Dynamic Duos" competed against newbies and one of the returning houseguests, Rachel Reilly, won the game. Season 14 introduced the BB coaches, who spent the first couple of weeks helping the rookies with their strategy and gameplay. After America voted to give the vets a chance to enter the game, three of the four coaches opted to go all-in.

Rumors about having another All-Stars season have circulated for years, with Julie Chen herself trying to make it happen. In an interview just this summer, she revealed that she'd like to bring back every BB winner for the ultimate All-Stars season, which she calls the Winner's Circle.

Of course, Julie has also admitted in the past that the high ratings over the last few years, during seasons with brand-new casts, make a true All-Stars season less likely. But, maybe a new fanbase who has yet to meet the conniving Dr. Will or hilarious and arrogant Marcellas might be more into it than CBS expects. This season might have failed to deliver on the promise of more twists than ever before, but it did seem to show both the producers and fans that maybe they don't need all the crazy twists. It may be a risky move to bring it back to basics and just have a group of phenomenal BB players give it another go, but it's a risk that could very well pay off big-time. I, for one, would be ecstatic. Make it happen, CBS!