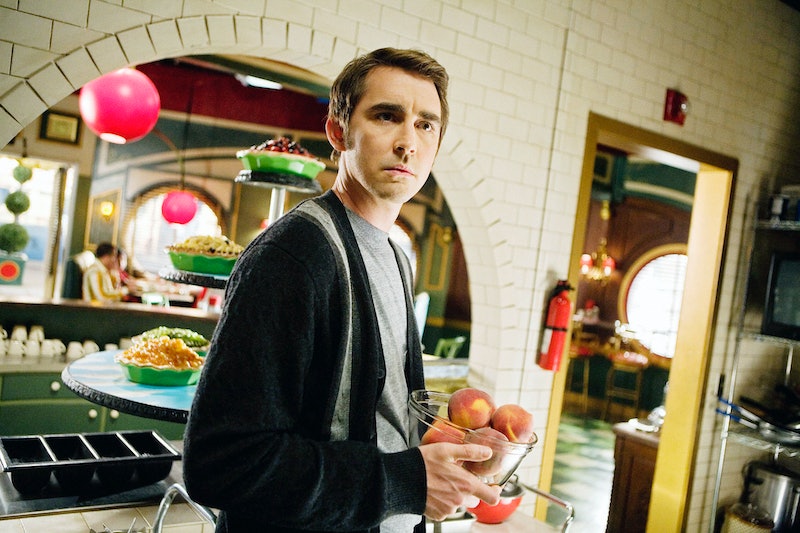 The murders, the magic, the music, the... pies. These are the ingredients that made up ABC's short-lived but well-loved TV show Pushing Daisies . From the bizarre mind of showrunner Bryan Fuller (who also created Dead Like Me and Hannibal), this show about a pie maker with the ability to bring the dead back to life with one touch of his finger was way more colorful and cheerful than you might assume from that morbid premise. And a lot of that had to do with the show's central location: The Pie Hole. Run by the hapless Ned with the help of his crush, Chuck, and his lovelorn waitress, Olive, The Pie Hole treated viewers to the sight of pie after pie, all so scrumptious-looking we could practically smell and taste them through our TV screens.

The pies really ran the gamut, from sweet (Key Lime) to savory (Pear & Gruyère), from fruity (Blueberry) to chocolatey (Chocolate Satin), from simple (Apple) to elaborate (Golden Cherry Crimson Pear). They even ranged in size, from regular ol' pies to teeny Cup-Pies, adorable hybrids of pies and cupcakes that allowed for the deliciousness of Ned's baking without the guilt of over-indulgence. Back in 2007, Ned even predicted our culture's current obsession with all things Pumpkin Spice, whipping up a to-die-for Pumpkin Pecan Cup-Pie.

Here is a super-scientific breakdown of which of Ned's pies I still want a bite of now, over six years since Pushing Daisies aired its final episode. (And yes, I somehow resisted the urge to make the whole chart 100 percent Pumpkin Pecan. The struggle is real.)