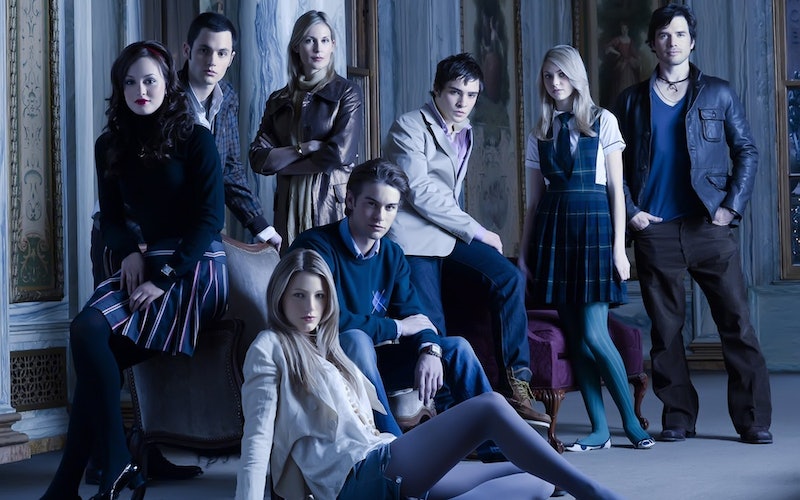 I may no longer be a teenager, but that in no way will stop me from going on week-long Netflix marathons of my beloved teen dramas. I'm not alone: though we may have laid to rest iconic teen shows like Beverly Hills 90210, Gossip Girl, and the once seemingly-immortal One Tree Hill, people still go absolutely crazy for series like Awkward, Pretty Little Liars and Finding Carter. If you haven't yet gotten into the teen drama game, I implore you to go and explore all of your options, which in today's world of Netflix, Amazon, and Hulu, are endless. Now the only thing you need is to know where to start looking for your teen drama bae: and I have just the thing.

If you're at a loss for what teen drama to try out, why not look to the stars? (And no, I'm not talking short-lived teen drama Star-Crossed, though it's not a bad option if you have an affinity for both aliens and Shakespeare.) Your zodiac sign can give you a hint as to what show you might prefer over others, though any one of these dramas on the list would be well worth your time. Here's what show you should watch based on your zodiac sign:

Aries need a teen drama with a bit of a bite, and MTV's Scream — which is based on the iconic '90s slasher franchise — definitely features a lot of that. Scream mixes classic teen angst (cheating boyfriends and lying BFFs) with a body count, and it's one of the few shows that can keep the brave, bold Aries intrigued.

People born under Taurus are sensual, compassionate, and persistent, just like the titular Felicity. Taurus could identify with Felicity's world outlook and her struggle to find both love and herself in a city that can be overwhelming.

Geminis are thinkers who are perpetually asking questions, which is pretty much all anyone is doing when trying to piece together the mystery of Veronica Mars. The playful Gemini would also appreciate Veronica's quick wit and sarcastic sense of humor.

Is there a moodier teen drama than Dawson's Creek? It's unlikely, which is why it's perfect for people born as Cancers. Cancers are emotional, sentimental, and very sensitive, not unlike the characters on James Van Der Beek's iconic teen drama.

Leos are natural born leaders, and they would relish in watching the power struggle for Queen Bee on Gossip Girl. They're also all about prestige and love the spotlight, so they may identify with Blair's lifelong quest for it.

Virgos like to think about things before doing them, and they often think about them intensely, which is pretty much how Lucas rolls on One Tree Hill. Honesty and faithfulness are important to Virgos, and those themes come up time and time again on the long-running CW series.

Libras are big fans of luxury, and The O.C. features luxury in spades. Libras are also big fans of romance, which means that they'll be the first ones to swoon over a particularly romantic Seth and Summer scene — Spider-man kiss, anyone?

Scorpios are perhaps the "edgiest" of all signs, which is why it's only appropriate that they would enjoy the edgiest teen drama on this list: Skins doesn't hold back, and neither do Scorpios. Scorpios are strong-willed, passionate, and independent, and could likely see themselves getting involved in these Bristol teenagers' misadventures right alongside them.

The extroverted Sagittarius would approve of the modern-day spinoff of the original Beverly Hills, 90210, mostly because they could vicariously go to all of Naomi's wild parties. The large cast of characters would give Sagittarius' plenty of TV "friends" to spend time with.

Capricorns don't waste their time on typical emotional junk, which is pretty much what most teen dramas are. That's why The Vampire Diaries is perfect for the thoughtful Capricorn: The stakes are way higher (no pun intended) than they would ever be on a typical teen drama.

People born as an Aquarius are independent, but also greatly value friendship — just like the Liars do on PLL. Aquarius' would love watching the girls attempt to piece together the Big A mystery as a unit, all while using their own unique sets of skills to do so.

If there's one television character that can be described as "adaptive," it's Jenna from Awkward. Maybe Jenna is a Pisces, because adaptability is a major part of their personality makeup. Pisces are romantic and imaginative, and would likely enjoy spending some time in Jenna's head — especially when she deals with all of that Matty crap.

You can't go wrong with any of these teen dramas, so once you've finished your star sign's favorite, why not move on to the rest of the list? You won't regret binging on any of these series.