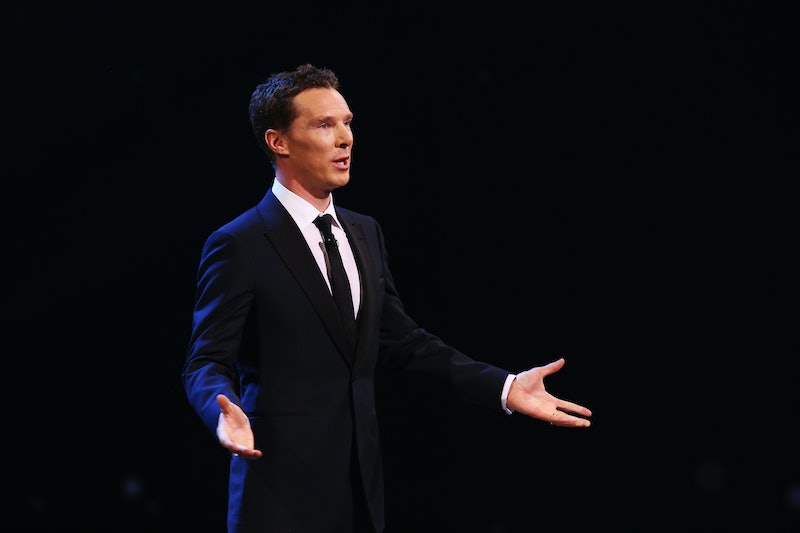 What do Julian Assange, Alan Turing, Vincent Van Gogh, Billy Bulger, and Thomas Edison have in common? For starters, they all look an awful lot like Benedict Cumberbatch, or so Hollywood would have us believe. The ubiquitous British actor, otherwise best known for starring on the BBC’s Sherlock and for handling the villainy in Star Trek Into Darkness, seems be held these days to a very specific subset of dramatic cinema: the biopic. The latest notch on his biographical bedpost sees Cumberbatch playing Thomas Edison in The Current War, the aforementioned father of electricity and a film directed by Alfonso Gomez-Rejon.

Even if you loved Gomez-Rejon’s last picture, the affective Me and Earl and the Dying Girl, or generally adore Current War costar Jake Gyllenhaal — he plays Edison rival George Westinghouse in the picture — it might be tough to amount bona fide enthusiasm for yet another Cumberbatch biopic. Over only a decade and change spent as a professional screen actor, Cumberbatch has thus far accrued about 10 biographical projects.

He has played Stephen Hawking in Hawking, Lord Lieutenant of Ireland Edmund Talbot in To the Ends of the Earth, William Pitt the Younger in Amazing Grace, courtier Sir William Carey in The Other Boleyn Girl, botanist Joseph Dalton Hooker in Creation, the eponymous painter in Van Gogh: Painted with Words, journalist Nick Kaufman in The Whistleblower, WikiLeaks founder Julian Assange in The Fifth Estate, computing pioneer Alan Turing in The Imitation Game, and Senator Billy Bulger in the new Johnny Depp film Black Mass . What’s more, Cumberbatch will don the role of drama critic Harry Larkyns in the developing feature Flying Horse, followed by that of Edison in Current War.

We might not be so inclined to ask the above question in regard to any other cinematic genre. As exciting as it may be to discuss the prospect of pigeonholed performers breaking free from their reins, it’s seldom a matter of curiosity as to why a given actor sticks so rigidly to science fiction, or horror, or comedy. But why biopics, Cumberbatch? And furthermore, why are we asking, “Why biopics?”

As the public becomes more and more savvy to Hollywood operation, what used to pass as “sophisticated autumn entertainment” now reveals ever so palpably to be more like “Oscar bait.” No category of film is more consistently guilty of safeguarding this identity than the biopic. More than a dozen biopics, good and bad, have made a play for the Best Picture Academy Award in the last five years alone. It’s certainly unfair to invalidate an entire genre based on a few entities, but the inscrutable dominance of biopics over Academy favor seems to empower an unparalleled genre-specific distrust.

While Cumberbatch himself might find biographical films to be the more interesting acting ventures, does his rigid commitment keep him from turning out the more interesting watching ventures? Yes, he’s managing works outside the genre — Sherlock, Doctor Strange, and Jungle Book: Origins among them — but the shadow of the biopic looms large over Cumberbatch’s extant and forthcoming filmography. He seems to be forever within a one-year radius of one historical figure’s life story or another.

Cumberbatch's talent deserves more than the average biopic is willing to give him. The inventive Gomez-Rejon might fuel The Current War with a different energy than that to which its biopic brethren are so often treated, and a partnership with the likewise exciting Gyllenhaal could in itself be worth the price of admission. So we shouldn't give up hope on this biopic just yet... though it'd be nice to hear about Cumberbatch taking a different turn sometime in the near future.