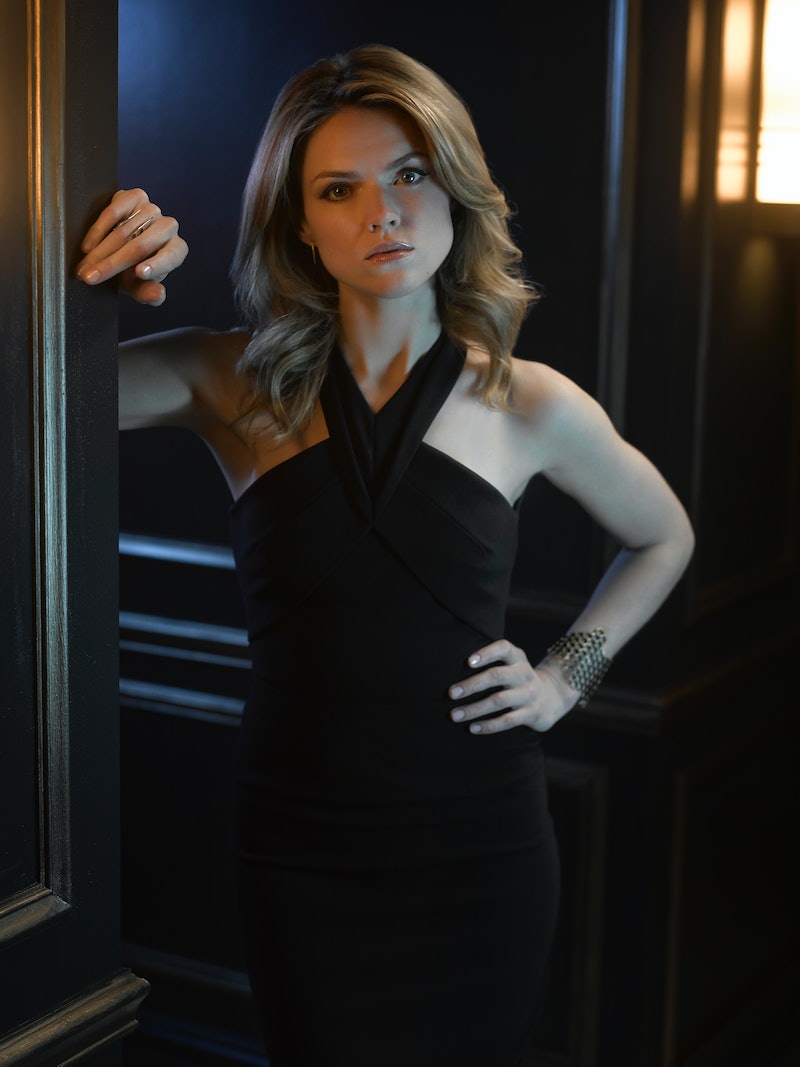 When it comes to superhero shows, there's nothing I love more than a good team-up. Whether it's between two heroes, two villains, or even between one hero and one villain, there's just something about seeing two powerful forces joining together for the greater good/evil that makes a storyline all the more intriguing. And that's exactly what happened during last week's Gotham Season 2 premiere. Throughout the episode, we saw the return of many familiar faces, but there were two characters in particular that I was beyond happy to see come face-to-face for the first time. Of course, I'm referring to Barbara Kean and Jerome, who met at Arkham Asylum and immediately became fast friends. However, it's not just this pair's chemistry that I'm obsessed with, but also the fact that this could hint at Barbara becoming Harley Quinn on Gotham .

For those of you who aren't familiar with this particular villain, let me give you a quick summary. In the DC Comics, Harley Quinn was a former psychiatrist at Arkham who (ironically) ends up becoming mentally unbalanced herself and falls in love with The Joker, who was one of her patients. The two of them team up, Bonnie-and-Clyde-style and terrorize Gotham City together. (And they say romance is dead.)

Now, granted, there are a few obvious flaws with this Barbara-Harley comparison, considering that Barbara isn't a psychiatrist. But since Gotham has been known to take liberties with its DC counterparts, I wouldn't expect Barbara's representation of Harley to be an exact replica of the character. And honestly, that's kind of what makes things more interesting. But regardless of the differences in their storylines, there's no denying that there are some core similarities there, which was made all the more evident during Barbara's first interaction with Jerome (aka The Joker).

Of course, I should note that Gotham has yet to confirm whether or not Jerome is actually The Joker, but come on — that fact is about just as prominent as the smile spread across his face. So just for argument's sake, let's say he is the jokester we've been waiting for. His interest in Barbara could be hinting at an epic alliance between these two characters in the very near future. Not to mention that part of her upcoming ensemble has some very distinctive red in it. Could this be a nod from the writers about her eventually DC villain transformation?

As for her part, Erin Richards, who plays Jim Gordon's unbalanced ex, thinks that her character becoming Harley Quinn isn't out of the realm of possibility. "I thought that would be really fun," the actress told the press at this year's Comic-Con. "She could be anything right now. She has so many options available to her." She also went on to say how meeting Jerome and the rest of her Arkham inmates will help develop her character into the person she ends up being. And if I'm right, then the person it could end up being is Harley. Good luck, Gotham City! It was nice knowing you.