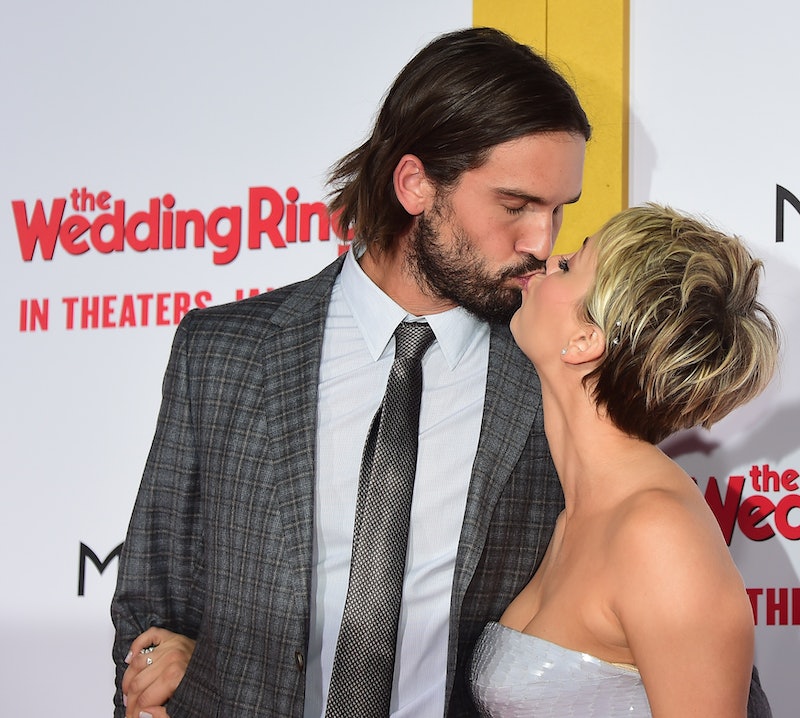 Sad news: According to People, The Big Bang Theory star Kaley Cuoco-Sweeting and husband Ryan Sweeting are divorcing after nearly two years of marriage. The pair confirmed their split through a statement to People from Cuoco-Sweeting's rep, as well as by wiping their respective social media accounts clean of the other. Though this news comes as a shock — Cuoco-Sweeting had previously slammed divorce rumors in April — the duo hasn't been seen together in public for a while, and the social media purge was certainly telling. But, what exactly led to the two going their separate ways?

Certainly not wedded bliss. Though no comment for the reason behind their split has been released (Bustle reached out to Cuoco-Sweeting's rep, but has not yet years back), the fact that the duo removed all photos of each other from their social media accounts — as Us Weekly reports, Cuoco-Sweeting removed all photos of Sweeting, while Sweeting cleared off his Instagram entirely — does not bode well for their separation.

Cuoco’s rep confirmed the split with an exclusive statement to People , which did answer a few questions — namely, that no questions would be answered: “Kaley Cuoco and Ryan Sweeting have mutually decided to end their marriage. They ask for privacy at this time. No further statement will be issues regarding this matter.” Considering the couple had been dodging divorce rumors for months, this statement makes sense.

But you know what they say: Where there is smoke, there is often fire. Because with the recent social media gesture from the pair and the final word from Cuoco-Sweeting’s rep, it’s clear that there was trouble in paradise. But, as for what exactly led to the end of their marriage — that isn’t entirely clear.

The couple was engaged in September 2013 after dating for a few months. Their storybook romance seemed almost too good to be true at the time, culminating in their beautiful fire and ice themed wedding. Unfortunately for the couple, it may have been.