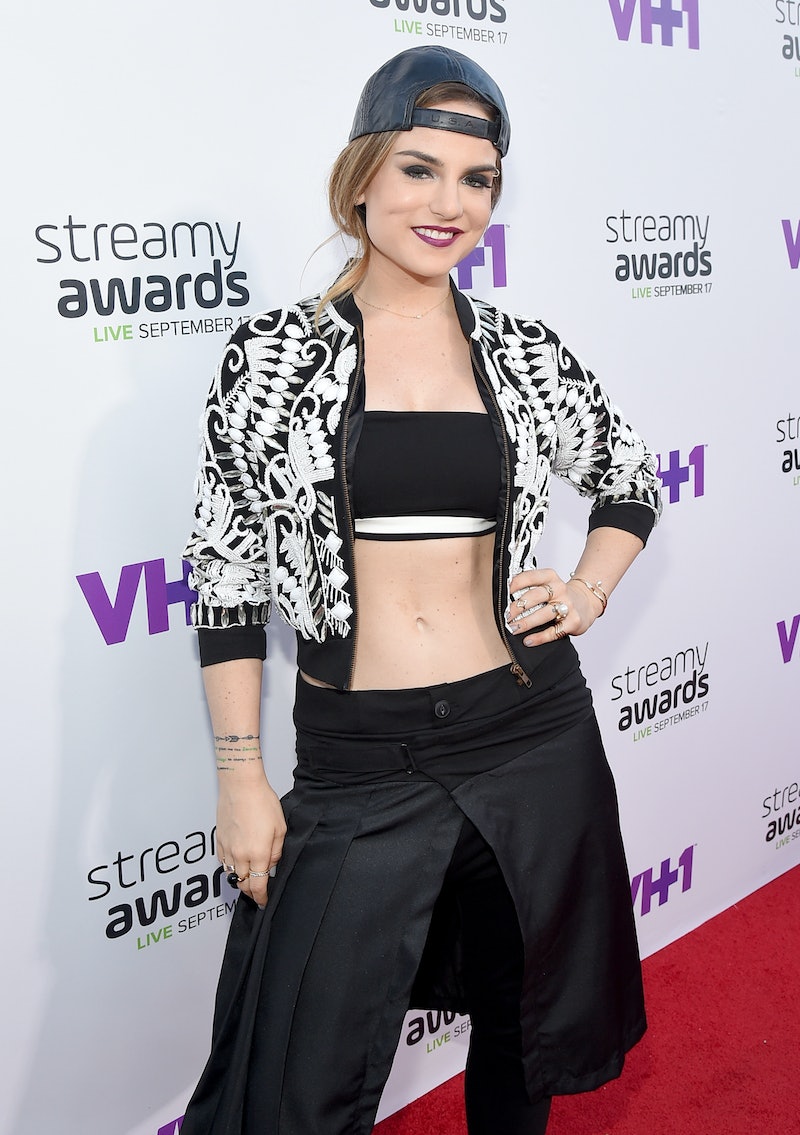 You guys, the "Tringle" finally has its first official video. After the highly anticipated release of her first three brand new singles last month, JoJo's "When Love Hurts" music video premiered today and IT. IS. FIERCE. The clip features the singer in a variety of edgy, modern looks, most notably the debut of JoJo's eyebrow piercing, and the entire clip (much like the catchy song) is quite a visual comeback for her.

The 24-year-old R&B star went for a total urban dance video, from the industrial warehouse setting, to her crew of dancers voguing and doing complicated finger tutting moves. Even JoJo gets in on a little bit of the choreography, but for the majority of the three-minute-and-40-second clip, she's just being her fabulous self. Her outfits and makeup in the "When Love Hurts" video also showcases JoJo's more mature style and departure from The High Road era of her career.

JoJo's first look in the music video highly complements her surroundings, from her metallic grey top with sheer sleeves (this outfit is later revealed to be a bodysuit), to her dark, smoky eyes and plum-colored lips. The singer didn't skimp on jewelry either, from her brow piercing, to stacks of rings on each finger, to a white and rose gold cuff.

Her first outfit change is less goth and more futuristic, but even with a sea of hands tutting around her face, JoJo's coral lip game is on fleek.

Her third look is totally an homage to J.Lo. Here it is from the back.

And here's it is from the front. She's Superwoman in a crop top.

The dancing becomes the focus mid-way through the video. JoJo changes into a cut-out swimsuit and harem pants for the dance break.

One of the dancers resembles FKA Twigs, who also incoporates voguing into her performances.

Slay them with your comeback, JoJo.

Check out the full "When Love Hurts" video below to see JoJo in her comeback glory and drool over all of her jaw-dropping looks.