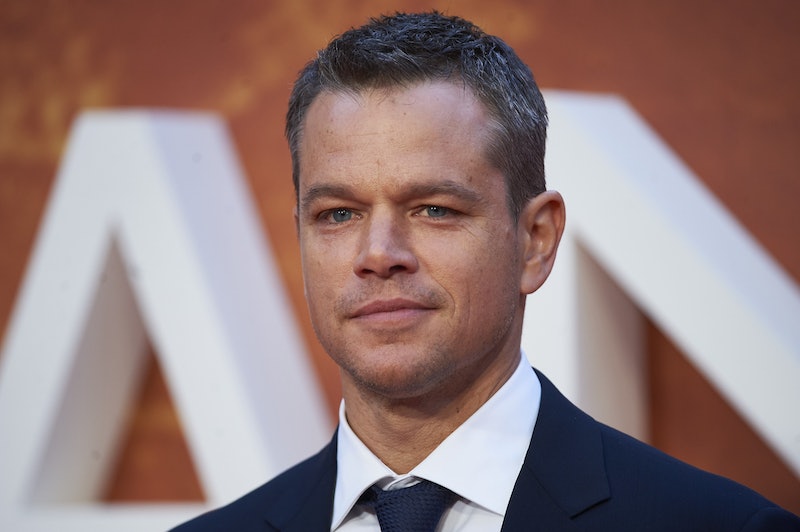 In his recent appearance on The Graham Norton Show, Matt Damon revealed that wearing a ponytail gave him an appreciation for women, most especially his wife and four daughters. Last July, the actor debuted his ponytail in China during a press conference for his upcoming film The Great Wall. The look sparked much excitement among his fans on social media, something that he explained took a great deal of work putting on and wearing for months.

"There are 700 hair extensions, it was a full day to put them in," Damon said. "And then I had to manage it. I have a whole new appreciation for my wife and daughters — it’s very hard to do." The actor also was teased by Norton (to fellow guest Jessica Chastain's delight) about how the Twitter-verse reacted to Damon's ponytail. The host even shared a couple of tweets from fans about the Oscar winner's long hair, including: "Matt Damon has a ponytail and if he ever puts it in a top knot, I think my ovaries might explode."

To which Damon fervently shook his head and promised that he would never be caught sporting a man bun.

Watch Matt Damon reacting to the hilarious tweets about his ponytail below:

The only celeb ponytail to ever be displayed at The Smithsonian.

The superhero of ponytails.

As often as he's changed his hairstyle, this look is how most people remember Pitt.

The Godfather of ponytails.

He's almost the most famous British ponytail in Hollywood.

But that's only because Becks held that title for a long time.