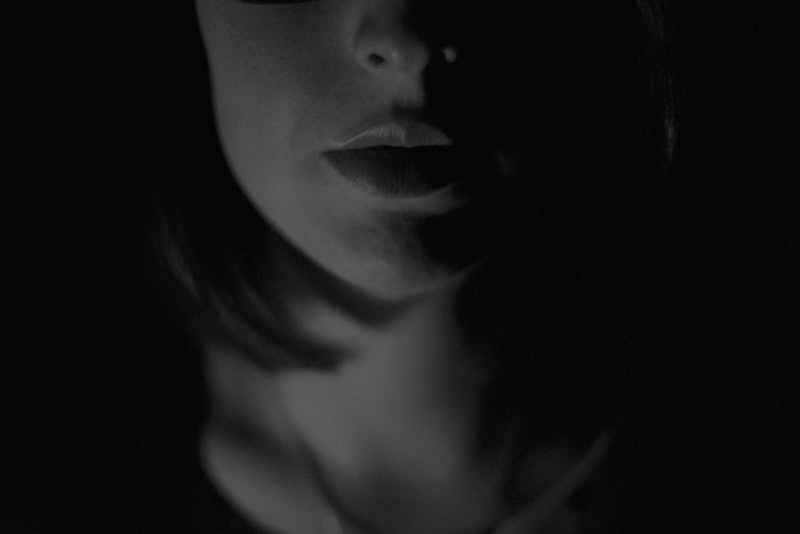 Thanks to the tireless efforts of activists and the openness of former sufferers — high five, Demi Lovato — the eating disorders anorexia nervosa and bulimia are pretty widely known. Anorexia is about restricting food, bulimia is bingeing and purging, it's all an old story. But that's not the full spectrum of all the eating disorders out there, or even the greatest part of it. The National Association Of Anorexia And Associated Disorders points out that 30 million Americans will suffer from an eating disorder during their lives, and anorexia and bulimia are only part of that picture.

Lesser known eating disorders often live a peculiar existence in diagnostic limbo. The official measure of eating disorders is usually a place in the Diagnostic and Statistical Manual Of Mental Disorders, and while anorexia and bulimia have secured their place there, some of the others on this list are too rare, too similar, or just too poorly documented to be officially recognized yet. We're still in the age of discovery when it comes to the full range of disordered eating, and the picture may change at any time.

For now, however, here are nine of the lesser-known but still recognized eating disorders you should know about. Because the blueprint for disordered eating doesn't just come in two shapes.

Orthorexia is a particular type of eating disorder that may have become more common with the rise of "healthy eating" as a visible, desirable lifestyle — but Instagram photos of green veg and smoothies may hide a more obsessive problem. Orthorexia, while currently not recognized as an eating disorder by the DSM, is beginning to be more widely noted as a variant on anorexia, where the focus isn't so much on losing weight, but on rigorously controlling your diet — in this context, making sure food is always "healthy" and free of impurities.

It may sound like a perfectly innocent thing to worry about, but orthrexics take it to extremes, with almost-phobic attitudes towards foods that might be unhealthy. The National Eating Disorder Association calls it "restrictive and obsessive," and points out that such rigid control is rarely just concerned with being healthy, but a symptom of wider worrying attitudes towards food, your body, and coping with exterior stress. People with OCD tendencies are particularly at risk, so if you find you're feeling phobic of gluten, sugar, or are restricting other so-called "bad foods" you might want to reach out for help.

Pica is a strange-sounding but common eating disorder involving the consumption of substances that have no nutritional value at all and aren't recognized as food. Pica sufferers can eat anything from paint to dirt to chalk. It's characterized by cravings; it's pretty common in children under six, with a estimated 10 to 32 percent of them experiencing it at some point, and in pregnant women, who may crave minerals they need for the fetus.

However, it's not just confined to the very young or pregnant. Up to a quarter of all people in psychiatric institutions have pica, according to the Handbook Of Child Psychology, and in some cultures, a variety of pica called geophagia, which involves eating clay, is viewed as perfectly socially acceptable.

Another disorder that's not officially diagnosed but is creeping into wider consciousness is pregorexia, an unwieldy term for obsessive control over weight gain during pregnancy. A woman should gain about 35 pounds over the course of a natural, healthy pregnancy, and pregorexia is characterized by women who try to minimize that gain through diet and exercise, even at the cost of the fetus's health.

It's been getting increased publicity over the past few years, as CNN and the Mayo Clinic have published articles about the disorder. Faced with the necessary weight gain of pregnancy, women with pregorexia can't cope, and conduct unhealthy weight loss measures to control it.

You may have heard of this one. It's also known as "exercise bulimia" or "hypergymnasia," and is widely recognized, despite not being in the DSM either. It's basically the practice of obsessive, excessive exercise, often past the point of bodily breakdown or severe injury. It's far worse than a bit of guilt at missing leg day at the gym; this is an exercise obsession that completely controls your life.

Regular exercise is, of course, good for you, but recovery time is necessary to really consolidate the benefits — and the real damage of anorexia athletica is in forgoing that essential healing time, and pushing forward with harder, faster moves. It could lead to osteoporosis from loss of bone mass, and the loss of regular menstrual periods.

Telling somebody with body dysmorphic disorder that it's all in their heads isn't likely to help. Sufferers "see" their bodies as substantially different than they are in reality, often far fatter or even disfigured — and genuinely cannot compute the reality of the mirror as truth. It's classified less as an eating disorder and more as a compulsive behavior, as it's also characterized by obsessive traits like picking your skin or having "rituals" about your body.

BDD is officially recognized in the DSM, which gives three criteria for diagnosing it: a preoccupation with an imagined defect in appearance, distress or impairment caused by the defect, and the fact that the preoccupation can't be accounted for by anything else, like anorexia.

Purging may sound familiar, but it's actually distinct from bulimia, which tends to follow a pattern of bingeing on food and then purging (making oneself vomit or void the food) at a later point. Purging disorder, however, is just focused on the second aspect, and there's a lot of critical argument among eating disorder experts about whether it should be officially designated as separate from bulimia (it's currently in the "Other" section of the DMS's eating disorder category). People with purging disorder don't alter their food intake; they simply throw up whatever they've consumed, or take laxatives and diuretics.

For this reason, according to the Eating Disorder Review, sufferers tend not to be vastly underweight, and it may be hard to diagnose them. Sufferers are also usually less concerned about eating in public than bulimics, and report themselves as less hungry overall. An estimated five percent of all women may experience the disorder in their lifetime, and it definitely deserves to be better known.

The American Psychiatric Association now says that the practice of compulsive binge-eating is severe enough to count as a mental disorder. Bingeing, like purging, is often one part of bulimia, but binge eaters consume huge amounts of food in times of stress, to cope with emotional difficulty, for punishment, or to maintain a sense of "normalcy". The interesting thing is that the type of food isn't set: sufferers can and will binge-eat virtually anything, from carrots to Chinese food, and the impulse has virtually no connection to hunger or bodily satisfaction.

It's also a definitive cycle, like many eating disorders: a brief period of comfort following a binge, which is chased by sensations of disgust, self-hatred, misery, and depression. And no, having a few extra cookies at a party doesn't count — binge-eaters may not appear overweight, but their eating disorder is defined by sheer scale and secrecy.

There are a number of different reasons you may be a "picky eater". One may be that you're actually a supertaster, capable of picking up huge varieties of flavor in foods, liable to find bitterness or excessive flavors absolutely intense and disgusting. Another could be something called "neo-phobia," where you are literally afraid of new things and restrict your dietary intake to a small amount of old favorites. But extremely restrictive diets, accompanied by severe anxiety and feelings of nausea when faced with certain foods, can mean something else: selective eating disorder.

We often associate picky eating with small children learning to try new foods, but in its extreme form it's a way of exerting control over your environment and eliminating "dangerous" or "threatening" foods. Sufferers often eat a range of two or three meals — at maximum — and are physically repulsed by most others. Reasons behind this are unclear, but it seems that the body may be overreacting to possible toxins in the textures and smells of foods. The result can be seriously nutritionally and socially damaging.

Editor's Note: If you're struggling with an eating disorder, help is available. Call (877) 453-4378 to find treatment near you.

More like this
How Ovulation Affects Your Sense Of Smell, Libido, & More
By JR Thorpe and Lexi Inks
How Often Should You Do Yoga? Here's What Trainers Say
By Carolyn Steber
How Many Burpees Should You Do Per Day? Here’s What Fitness Trainers Say
By Carolyn Steber
An Expert Weighs In On The Viral Raw Carrot Salad Trend
By Alexis Morillo
Get Even More From Bustle — Sign Up For The Newsletter
From hair trends to relationship advice, our daily newsletter has everything you need to sound like a person who’s on TikTok, even if you aren’t.