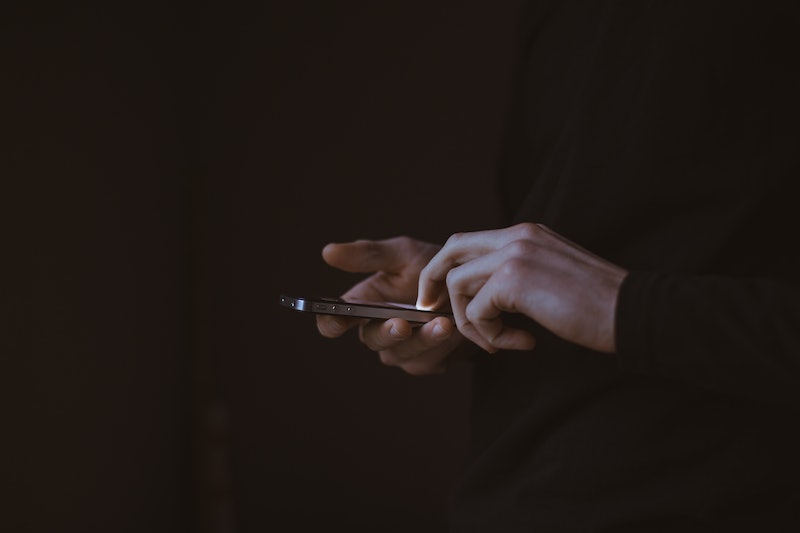 The very idea of an app that lets you review other human beings seems like the stuff of a YA dystopian novel, something our heroine would fight against as she and her fellow sexy teens rose up against their technocratic overlords — and yet today, the Washington Post profiled the upcoming release of Peeple, an "online reputation" rating app, and the app's founders, Julia Cordray and Nicole McCullough. Peeple allows you to assign a numerical rating to your best friend, your ex, your ex-best friend, your favorite barista and your most hated upstairs neighbor (you know, the one who always seems to be rearranging her furniture at 3 A.M.?) — which might make you fear that the dystopia is finally, truly here. But it is actually that freaky?

That all depends on how you feel about the app's system. How will Peeple, which the Post estimates will be released in November, work? Once you sign up for an account with the self-described "positivity app for positive people"— which will be tied to your Facebook account and phone number in order to verify your identity — "you can provide a rating and review on everyone you come in contact with, while allowing yourself to be reviewed," as the app's website says. You can rate people on a scale of one to five in three different categories, based on how you know them — personally, professionally and romantically; you can also leave a brief review. Positive comments go up immediately, while there is a bit of process when it comes to negative comments, as per Peeple's website:

If you're anything like me, the thought of this entire project made your socially anxious blood run cold. Was this truly, as the Post piece called it, "Yelp, but for humans"? Well, there is some good news for those of us who would prefer to not have the cold light of the internet shined upon our many personal failings (I mean, more so than it already is): anyone who does not sign up for a Peeple account themselves will only have positive reviews show under their name — as per the Post, "If you haven’t registered for the site, and thus can’t contest those negative ratings, your profile only shows positive reviews." So despite how terrifying the idea first seems, Peeple isn't an internet popularity contest that we'll all be unwillingly forced to participate in.

Though Peeple's website refers to the app as "a concept that has never been done before in a digital space," it is reminiscent of two previous websites that allowed people to rate and review other people. The most obvious would be Lulu, the dating app that allows women to review men they've gone out with, by using a set of predetermined hashtags (Lulu now only allows users to rate men who have opted in to be rated by the app). The review aspect also reminds me of OG social network Friendster, which allowed you to post endorsements of your friends (which most of us used to post absurdist in-jokes about WB sitcoms)(what? It was the '00s, there were literally no other ways to entertain yourself. Check your history books!).

It's also pretty impossible to not notice that this app is eerily similar to the fictional app MeowMeowBeanz, from the TV show Community:

Totally like all those old sci-fi movies that basically predicted smartphones, right? Of course I'm right.

I believe that the app's creators have good intentions when they say that the app aims to help people develop a "strong online reputation and get job opportunities, access to more networking opportunities with like-minded people, interact with other single people, and have the ability to search others to make better decisions around your greatest assets such as your family." They also offer a few options for people displeased with their reviews, like a system that allows users to red-flag bullying comments or ratings made by people that they don't know.

And if that drama gets to you and you'd like to get off the app, it's not that simple — according to the site's FAQ, the option of removing yourself from Peeple once you sign up is not an option at this time, though "[w]e may consider this feature in the future." It's also notable that others can sign you up for Peeple — the site notes that:

Sure, since you didn't opt in, your profile will only show positive reviews. But what about people who don't want to be rated at all?

In the end, Peeple probably won't upend people's lives as much as the Post profile — which describes the app as "so obsessed with the perceived magic of crowd-sourced data that it fails to see the harms to ordinary people" — worries it will. Men are still able to date in the post-Lulu world, and people will still be able to live in the post-Peeple world — a lot of people may even enjoy it. But for those of us who are interested in leaving less of a social imprint on the web — even a positive one — the idea of a ratings-based social network that someone else can sign you up for may indeed feel like a step in an unnervingly sci-fi direction.