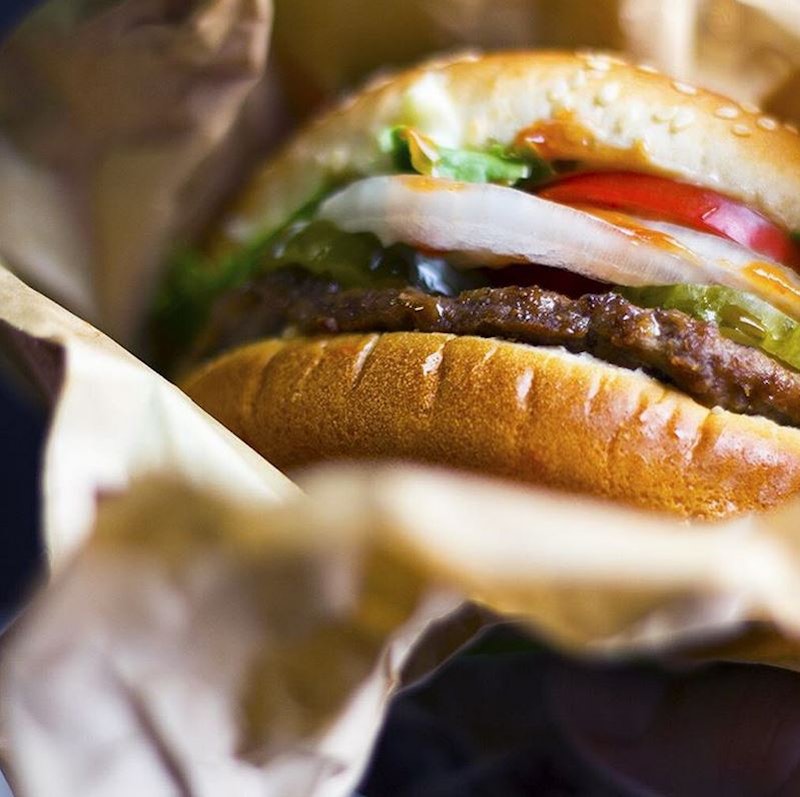 If you are a Burger King fan, have I got news for you. There now exists a Burger King Whopper Wine. That's right, a wine specifically created to be paired with a Whopper. This is the world we live in right now, and it is glorious.

So what is the deal with this Whopper Wine (and yes, that is what is actually called)? Well, it's brought to us by Burger King Spain, where Burger King has been selling wine with its burgers since they first opened in the 1970s — though this is the first time they've produced their own vintage. The new specialty wine is aged in barrels that are "flame-broiled" just like the burgers; even better, there's currently a contest in which 40 burger fans can win a bottle.

Interestingly, the idea of burger-themed wine might not be as out there as it seems. Recently, people have been getting more serious about the task of pairing junk food with appropriate wines. And honestly, I'm down with it — after all, pairing wine with junk food has to be about the most low-pressure wine pairing you can try, ever. Plus it's hard for even the most snobbish of wine enthusiasts to take themselves too seriously while trying to match a bottle with junk food. And it's probably even harder to be uptight and pretentious when trying out a bottle of wine made by Burger King.

So what are some other fast food menu items that deserve a vintage of their very own? Here are a few ideas.

The Colonel's list of spices might be top secret, but someone on the inside could probably come up a wine that compliments them perfectly.

They put hot dogs in pizza crust, the least they can do is come up with a wine to drink while we're trying to figure out what this thing is all about.

Whether you're enjoying a blizzard, an ice cream cake, or just some good, old fashioned soft serve, dessert wine is always appreciated.

If Burger King gave the Whopper its own wine, McDonald's should obviously do the same for their signature burger. And in the end, we all win.

Burger King is already in the business of bringing us wine, it seems, so they should really expand this project and create one to pair with their black burger, especially since it's coming to America soon. And it's already weird enough that pairing it with a wine almost seems normal by comparison. Just saying.