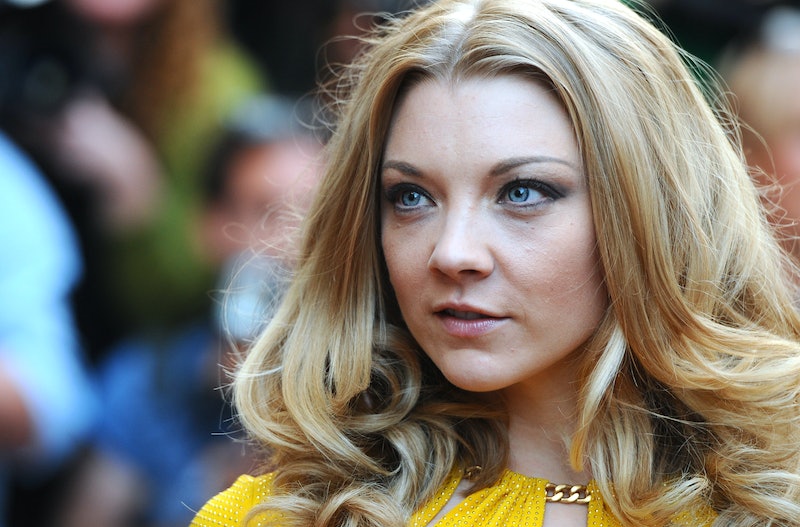 Word to the wise: Never go into the creepy woods in pursuit of a loved one who vanished mysteriously. That's like horror movie rule number one. And yet, characters in horror movies continue to act as though they've never seen a horror movie. Like, for instance, grieving twin Sara the first trailer for The Forest . Played by Game Of Thrones ' Natalie Dormer, the trailer sees Sara heading into the titular grove looking for her lost sister.

The outlandish sounding "suicide forest" that the two-and-a-half minute promo haunts us with is actually based on a real place: Aokigahara, situated against the northwest side of Japan's Mount Fuji. Police reports claim that, in 2010 alone, 247 people attempted to take their own lives there (usually by either hanging or overdose), with 54 being successful. Interestingly, The Forest isn't the only upcoming film centered around this spooky location: director Gus Van Sant (Good Will Hunting, Milk) debuted his newest film, The Sea Of Trees (the literal translation of Aokigahara) at Cannes this summer. The drama stars Matthew McConaughey, Naomi Watts, and Ken Watanabe — and was reportedly greeted by boos and hisses from the critics in attendance.

While the trailer for The Forest packs plenty of grisly visuals and tension-ratcheting jump scares, angry spirits — and vicious critics — are far from the most terrifying things Dormer has had to face in her career. Here are six things way scarier than ghosts the actress has done battle with... and emerged victorious:

Perhaps the only person in all of Westeros who is capable of delivering a sicker burn than Cersei Lannister is Margaery Tyrell. Her awesome dig about the wine in Season 5 still makes me cringe in second-hand embarrassment for the Queen Mother.

The leader of Panem is so cold-blooded, his drink of choice is literally poison. (Of course, it doesn't exactly do wonders on his cold sores.) And yet Cressida, she of the badass haircut, is so unafraid of him that she gave up a cushy life in the Capitol just to help Katniss lead her rebellion against him.

I know what you're thinking: Isn't Irene Adler (aka Jamie Moriarty) currently in prison on CBS's Elementary? That's not exactly "emerging victorious!" That's true, but remember that she was able to escape once and only "allowed" herself to be recaptured so she could prove she could do it again someday. Sara will need an infusion of Moriarty's smarts if she hopes to survive the suicide forest.

Hayley Atwell got all the attention in Captain America: The First Avenger (and rightfully so) for her kickass performance as Agent Peggy Carter. But Dormer was there, too, as Private Lorraine. And someone who's hunted Nazis as a career shouldn't have trouble dispatching a few pesky ghouls.

As escort Charlie in 2014's The Riot Club, Dormer had to put up with more privileged brats in one 107-minute movie than anyone should be forced to encounter in their entire lifetimes. (The fact that the leader of the spoiled rich kids is Sam Claflin — aka Finnick Odair — means I can never watch The Hunger Games the same way again. Thanks a lot.)

What's that? King Henry (Jonathan Rhys Meyers) ended up having her beheaded when he fell in love with someone else? Never mind, not a good example. Hopefully Sara meets a better fate than The Tudors' Anne Boleyn.

More like this
The Trailer For The 'Game Of Thrones' Prequel 'House Of The Dragon' Is Dark AF
By Grace Wehniainen
What Does Doctor Strange’s Third Eye Mean?
By Arya Roshanian
Elizabeth Olsen's Chris Evans Friendship Update Was Accidentally Hilarious
By Grace Wehniainen
Wait, Did Wanda Die In 'Doctor Strange And The Multiverse Of Madness'?
By Arya Roshanian
Get Even More From Bustle — Sign Up For The Newsletter