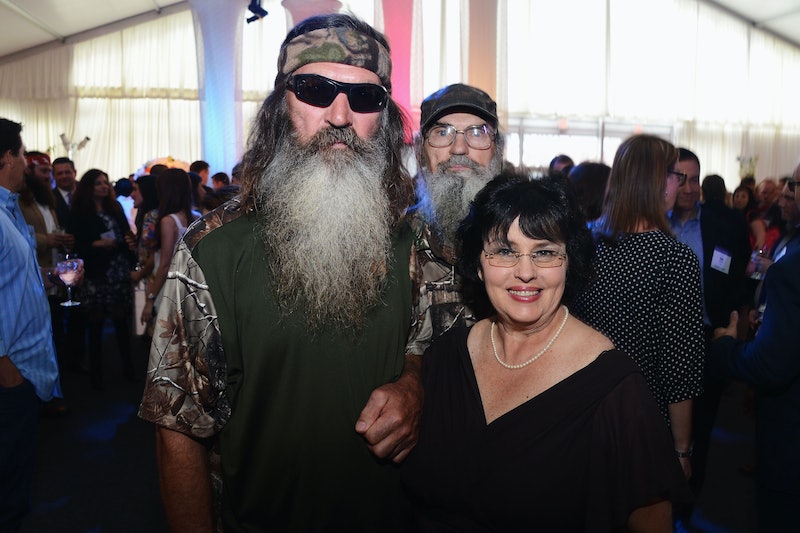 Last week, a GOP candidate for Congress compared Duck Dynasty’s Phil Robertson to Rosa Parks. Now, another Republican is taking that idea to its logical conclusion, announcing that he’ll introduce legislation honoring Robertson and his courageous stand against icky gay people during the next legislative session. Alabama State Senator Jerry Fielding made the announcement Monday, explaining that Robertson’s disgust with homosexuality is “shared by the vast majority of Americans, who are rightfully concerned by the vitriol aimed at his Christian stance.” Fielder will introduce a resolution demanding that Robertson be rehired when the Alabama congress reconvenes in January.

Robertson, you’ll recall, was fired from A&E’s Duck Dynasty for saying a bunch of hateful things about gay people. This caused a freakout on the right, with the usual roster of Republican lawmakers coming out of the woodwork to defend Robertson. Cracker Barrel pulled Duck Dynasty merchandise from its stores, then caved and put it back on the shelves, due to the show’s massive, inexplicable popularity.

Fielder’s resolution proclaims that Robertson “has positively impacted countless lives through the powerful testimony of his steadfast faith in Jesus Christ,” and has used his fame “as a platform to promote wholesome ideals involving family and home life and worship of the Lord.” Robertson’s fervent opposition to private homosexual acts are “based on scripture in the Bible,” Fielding says, and liberals are “contradicting themselves with extreme intolerance and close-mindedness towards Phi.”

“This chamber of persons stand united in support of Phil Robertson and his family, and in opposition to the A&E Network's deplorable action of suspending Phil indefinitely from Duck Dynasty for relaying his Christian beliefs,” Fielder’s resolution reads.

It’s shocking, and yet at the same time, not shocking.